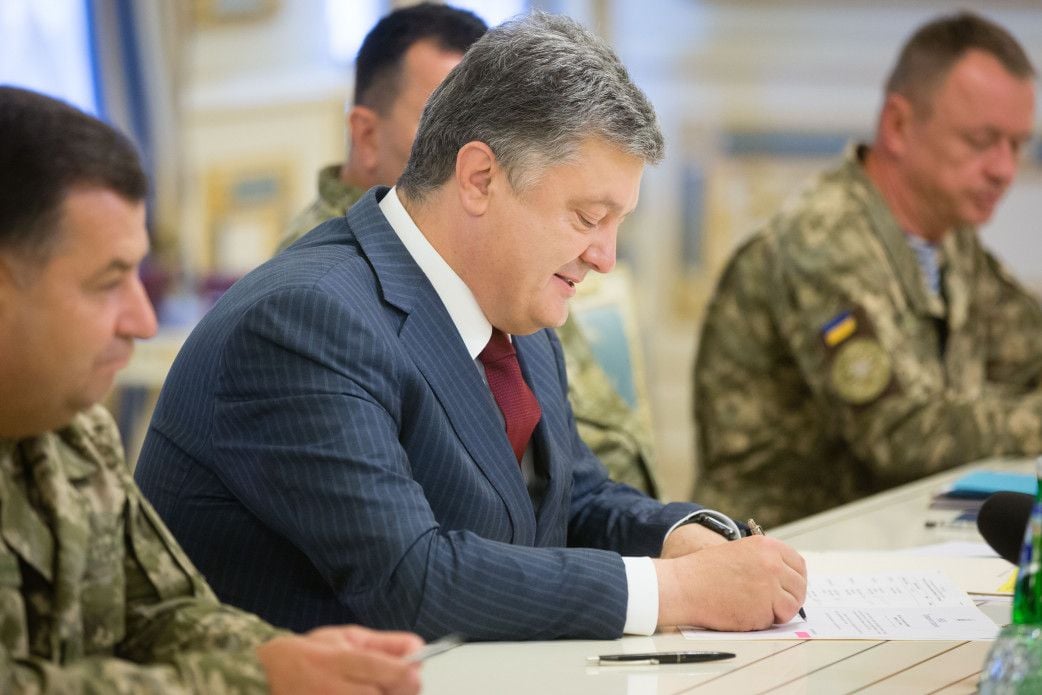 The Head of State emphasized that "it is absolutely important in these conditions to protect Ukraine from the aggression unleashed by the Russian Federation against us," and described the new law as a "demand of time for the defense of Ukraine to become much more efficient."

Read alsoSome 41,000 soldiers sign contracts to serve in AFU since start of yearFurther, Poroshenko said that the issues of state defense, security and defense reforms, and supplies of modern armaments and equipment, were the top priorities during his meetings and visits throughout the world. Poroshenko emphasized that "our partners from USA, Canada and EU pay special attention to the special operations forces, in the context of joint training."

The law is seen as meeting NATO standards and fully complies with the tasks of the Ukraine-NATO cooperation, as part of the SOF establishment. It also complies with the provisions of the Strategic Defense Bulletin.

According to the President, Ukraine has already established a special center and special training programs that allow quick and qualitative training of special operations forces.

The President congratulated representatives of the Special Operations Forces on the establishment of a new separate unit in the Armed Forces, and stated that such units enjoyed great trust and respect among Ukrainians.