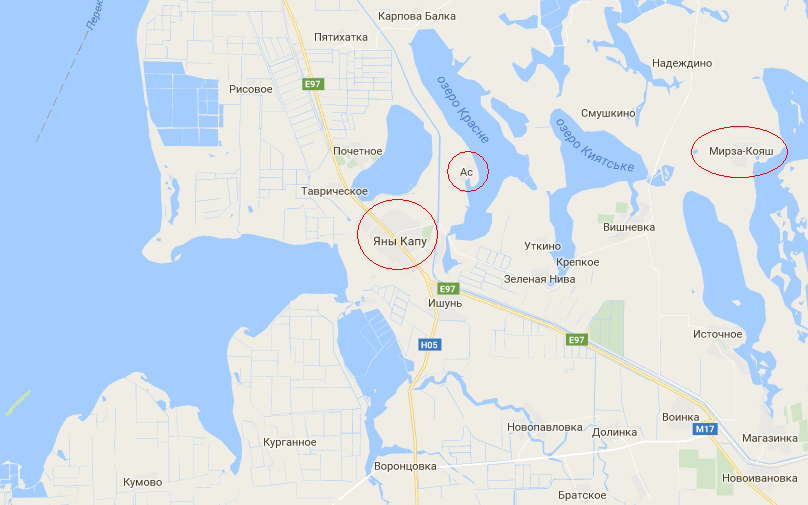 The company’s press service has said they are aware of the situation and actively working on ways to bring back to the Russian version of Google Maps the former names, the BBC Russian service has reported.

Earlier, the service had the settlements on the Russian-annexed peninsula renamed in accordance with Ukrainian law. The changes affected both Russian and Ukrainian versions of the service.

As reported earlier, on May 12, the Verkhovna Rada of Ukraine adopted a resolution to rename 69 settlements in the Autonomous Republic of Crimea and of a village in the territory of the Sevastopol City Council within the framework of de-communisation.

Read alsoDecommunisation continues: Rada renames several towns and villagesAlmost all of these settlements were given their historical Crimean Tatar names, which they had before the deportation of the Crimean Tatar people from the peninsula by the Soviet Regime in 1944.

At the same time, according to the text of the document, the norm shall enter into force upon the return of the temporarily occupied territory of the peninsula under the general jurisdiction of Ukraine. At this point, according to the database of legislative acts on the Parliament website, this has not happened (the content of acts which have not yet come in force are highlighted in yellow).

As is known, Russia annexed Crimea in the spring of 2014. Kyiv and the international community do not recognize the annexation of the peninsula, considering it Ukrainian territory.