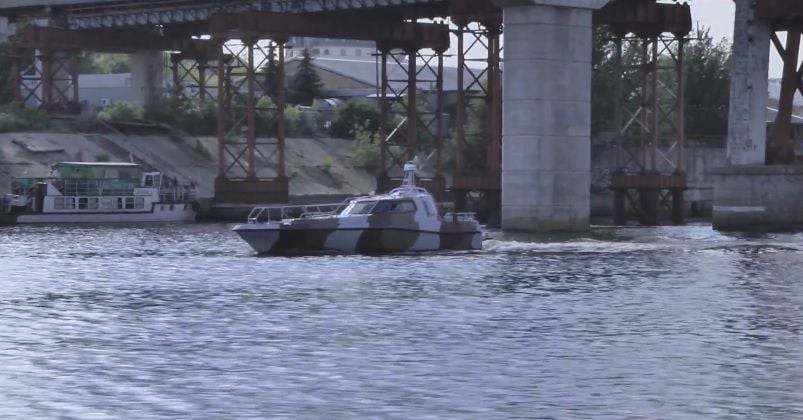 According to authorities, this boat is different from other boats under the same project, which were built for the Marine Guard of the State Border Guard Service in 2011-2014, and is a modified version.

"In particular, unlike the previously acquired watercraft, the boat has different body contours and a longer length (12 meters). Two modern water-jet devices are used to maintain speed and allow you to expand the area of application of the boat in areas with less depth. The two main diesel engines are more powerful, allowing you to reach speeds of up to 38 knots," the report stated.

The boat is also equipped with modern navigation equipment and communication facilities. The boat can sail without restrictions in up to level 3 storms, with drinking water reserves and provisions for two days.

As emphasized by the State Border Guard Service, the first test of the boat showed that tactical and technical characteristics inherent in the design and construction had been achieved. The final adjustment of the equipment based on the results of the sea trials is underway. The process of testing of the boat will last until the end of the month, following which it will be transferred to the Marine Guard of the State Border Guard Service, the report read.