The former head of the State Agency for Investment and National Projects of Ukraine, Vladyslav Kaskiv, has been detained in Panama, Prosecutor General of Ukraine Yuriy Lutsenko said, according to RBC-Ukraine. 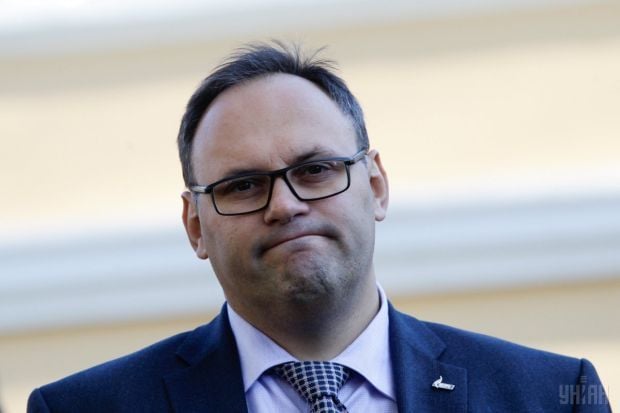 Further, Lutsenko said that a court hearing of Kaskiv's case will be held within 48 hours.

"In the case of his consent for voluntary extradition, then this will take place under a simplified procedure and will last up to 30 days to reach agreement on all procedural issues with the Ukrainian side," he said.

Issues include providing information about the representatives of Ukraine, who will arrive at the Tocumen Airport, Panama, for transmission and coordination of all logistical issues.

Read alsoUkraine's prosecutors insist Interpol red notice issued against ex-head of investment agency"In case of Kaskiv refusing voluntary extradition, under the laws of Panama he will be given 60 days to protect his interests and supply counterarguments to materials from the competent authorities of Ukraine," Lutsenko said.

"However, the Panamanian side says that, so far, it sees no grounds for refusing extradition of Kaskiv," he added.

The Prosecutor General also said that there have been no violations of the criminal laws of Panama regarding Kaskiv.

"In the case of a criminal offense by Kaskiv, this will not impede his extradition, because Ukraine and Panama will be able to agree on the future return of the citizen of Ukraine to Panama for trial and punishment," Lutsenko said.

As reported by UNIAN earlier, Kaskiv headed the State Agency for Investment and National Projects of Ukraine from 2010 to 2014.

On August 18, Lutsenko announced in Kyiv that Kaskiv had been detained by Panama officials.

At the end of March this year, Kaskiv was put on an international wanted list on the charge of embezzlement of public funds from 2012-2013 (UAH 7.5 million), under an agreement on advertising services, which was brokered by Kaskiv with a limited liability company.

Commenting on the developments, Kaskiv recently wrote on his blog on the Ukrayinska Pravda online publication that he had not been put on the Interpol wanted list.