A man has been severely beaten while wearing Ukrainian symbols as he rode a bicycle in the Russian-occupied city of Sevastopol. The man was attacked by a passerby, who then called for police officers. 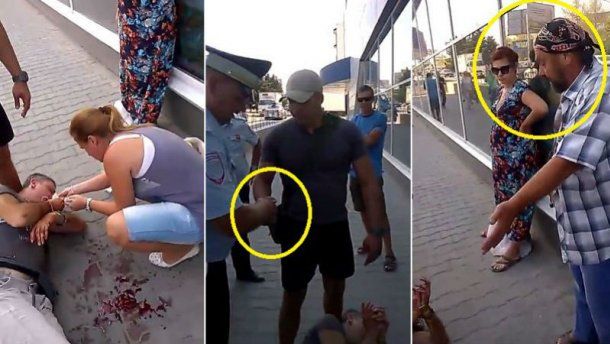 The video shows that the man who beat the Ukrainian citizen shook hands with the police officers when they arrived on the scene, according to Channel 24.

Users of social networks write that it was a Russian policeman in civilian clothes who beat the man.

Read alsoRada urges foreign parliaments not to recognize State Duma elections in occupied CrimeaAccording to reports, the pregnant wife of the police officer in civilian clothes notified her husband about the man wearing Ukrainian symbols.

Also, after the arrival of the police, nobody hurried to provide medical care for the man, although it was suggested that he had sustained a concussion.