Volodymyr Zhemchuhov, a Ukrainian volunteer who had been seriously wounded in Luhansk region and then spent nearly a year in militant captivity, told about the shortcomings of the hostage exchange process. 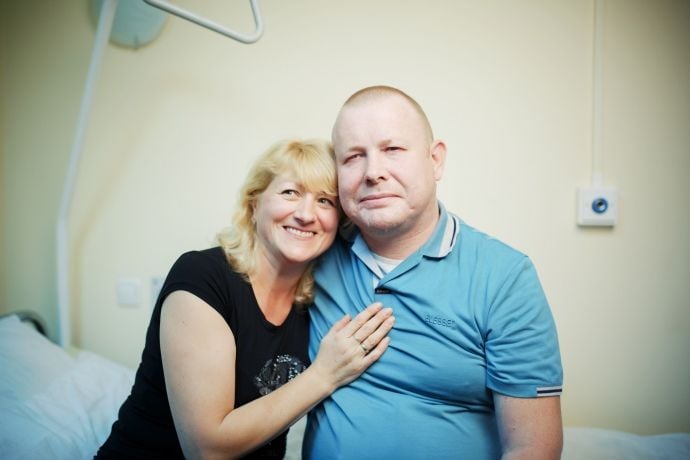 "I was outraged when they managed to fool the Ukrainian side like children," the former hostage said in an interview with Ukrainian online newspaper Ukrainska Pravda.

"For example, they would request to swap someone. Our side was to grant pardon to that person and go through all legal procedures. And when the legal part is complete and the person is ready to be exchanged, the swap is suddenly interrupted. However, all the legal procedures have already been completed, and that person is cleared of all charges and, according to the law, they cannot be held for more than three days. That is why our side would have to release those persons, while our hostages continued to remain in custody. That's how they cheated!" Zhemchuhov said.

"We cannot let their people go. In such situations, we should better transport them to some special facility or whatever. That would be a trump card in the exchange process for our guys," he said.

"The most important for Russia is to solve its geopolitical problems: to hold elections in the occupied territories in order to somehow legalize the "DPR" and "LPR" before the rest of the world. Therefore, they delay the process of exchange," Zhemchuhov said.

Read alsoSBU names exact addresses of torture chambers in occupied Donbas"Poroshenko said that some two rascals were exchanged for me. But they were given out only because I had such severe wounds. And among those 600 people (the militants on the exchange list), there are probably even worse villains. Anyway, the exchange has to continue. This is for negotiators to deal with. For example, at first, they asked two Russian special forces troops for me, then some five commanders of the "LPR", and then 15 soldiers of the "LPR", so they constantly offered a variety of conditions. Therefore, we should actually be able to bargain and hold such negotiations tactically and correctly, remaining competent," he said.

As UNIAN reported earlier, on September 17, Ukrainian citizens Volodymyr Zhemchuhov and Yuriy Suprun were released from the captivity of the Russian-backed militants in Donbas.