Ukraine's Zorya Luhansk was on Thursday night defeated by Manchester United, which ended a Europa League second-half game, having scored one goal. 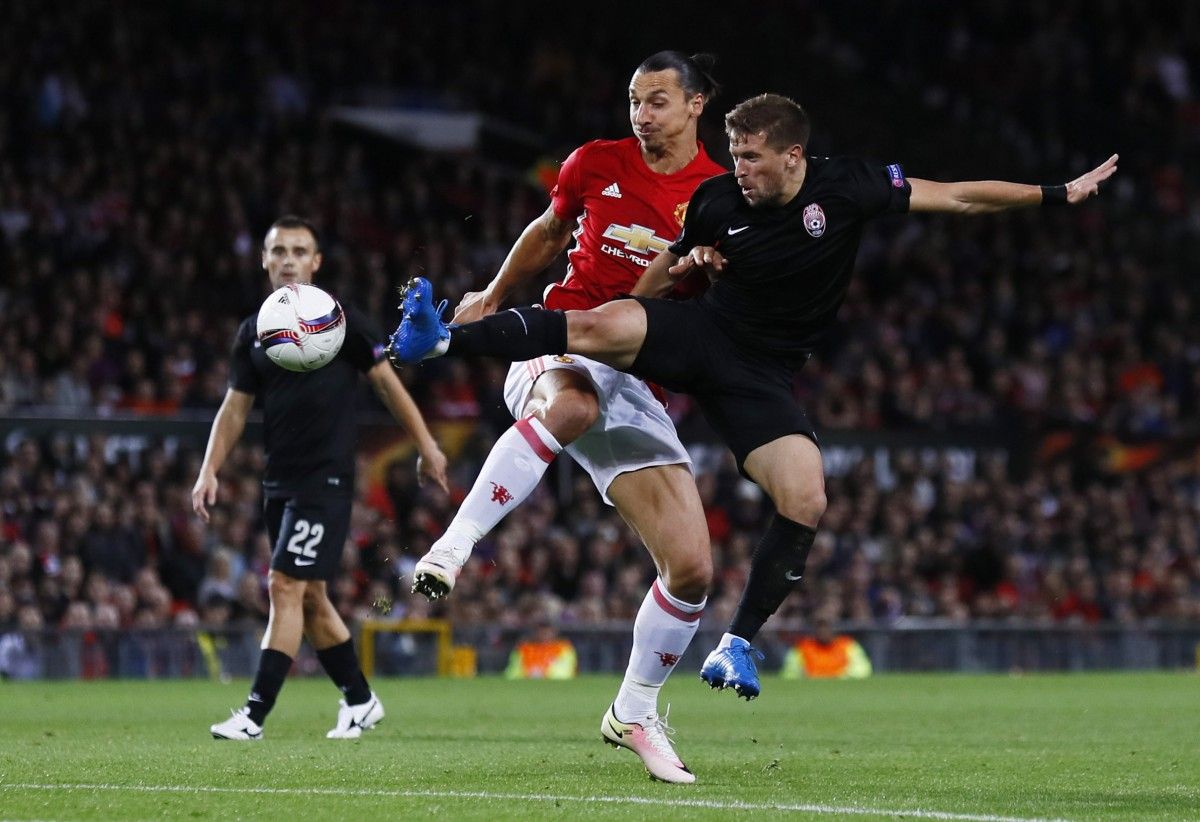 Zlatan Ibrahimovic headed a second-half goal at the 69th minute as United Manchester labored to victory, the Guardian wrote.

"Zorya were not exactly peppering Sergio Romero's goal either, though on their sporadic attacks they looked to have players capable of being effective on the break. [Ivan] Petryak in particular posed a threat, though when Oleksandr Karavaev sent over an inviting cross five minutes into the second half it was Zeljko Ljubenovic who tried to meet it with an acrobatic volley in the middle. It would have been a spectacular strike, and the United goal was unprotected, though Ljubenovic was unable to make a proper connection and a not-quite-full stadium breathed a sigh of relief," the Guardian commented on the game.

The Ukrainian team, who are now based in the city of Zaporizhia since their native city has been invaded by the combined Russian-separatist forces, with dignity encountered attacks from United, who had a strong advantage throughout the game.

"Ibrahimovic's scrappy goal was enough to give victory to a United team that only looked like a United team in patches. Mostly they were stodgy and unimaginative," Paul Doyle, the chief football writer for guardian.co.uk, commented on United's performance.

Thus, Zorya Luhansk have got one point after the first two matches. Two weeks ago, they played with Turkey's Fenerbahce to a 1-1 draw.