President of Ukraine Petro Poroshenko and Prime Minister Volodymyr Groysman came forward with an address to the nation on the 72nd anniversary of the liberation of the Ukrainian land from Nazi invaders. "The victorious battle for Ukraine, which lasted for 22 long months, was a decisive factor in the defeat of the Nazi Germany and its allies," said Poroshenko. 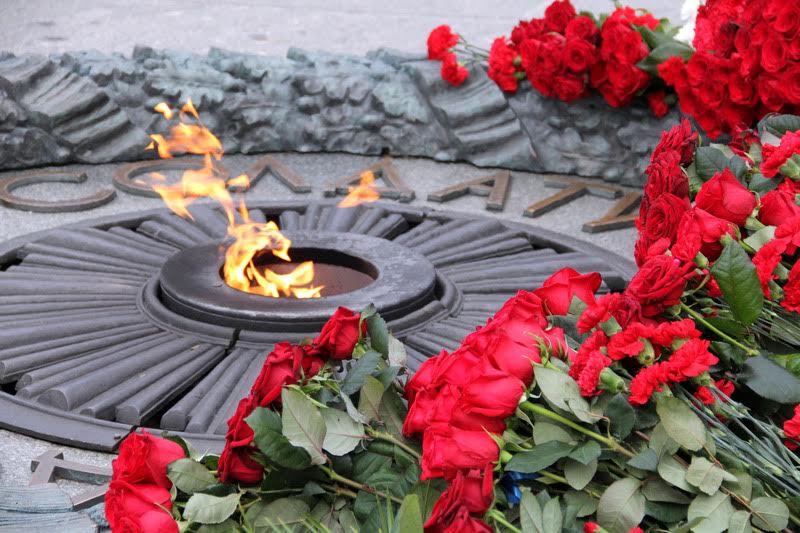 The Head of State noted that Ukrainians participated in the expulsion of the Nazis from Poland, Romania, Hungary, Bulgaria, Yugoslavia, Austria, and Czechoslovakia. They stormed the Reichstag, said Poroshenko. "Today we honor the great feat of the liberators of the Ukrainian land, expressing sincere gratitude to the people who have won the right to life and liberty of our people, rescued from the Nazis the nations of the European continent."

Noting a terrible price of victory, Poroshenko recalled that 3 million soldiers died in offensive operations in Ukraine was terrible. The battle for Melove in Luhansk region alone, which marked the start of the expulsion of Nazis from the Ukrainian land, took lives of 1,066 fighters.

The president stressed the need to remember all those who died in those tragic years. Their historic victory over Nazism brought peace and freedom to the nations, mutual understanding and the development of democracy, now a precious heritage of all mankind.

Read alsoPoroshenko congratulates Ukrainian defenders, tells how many soldiers killed in Donbas"Unfortunately, we are now facing a new tragic reality. For a long time, the Ukrainians are forced to take up arms to defend their country, confronting the aggressor, who cynically decided to forcibly redraw the borders," Poroshenko said.

He stressed that thanks to national unity and solidarity of the international community, patriotism Ukrainian soldiers and officers, volunteers, activists, and the entire society, a strong army has been built in Ukraine, while Russian aggression has been stopped from spreading.

"The new Armed Forces of Ukraine showed the world its combat capacities, military skill and human qualities of its soldiers, proving they are worthy heirs and successors of military glory of winners over Nazism," the president said.

He expressed sincere gratitude to the veterans of the World War II, the participants of the liberation struggle, and modern heroes as well for their dedication and love for the Homeland.

"I am convinced that the Ukrainian people, which is rightly proud of you and your deeds, will win," said Poroshenko.

In turn, Prime Minister of Ukraine Volodymyr Groysman reminded that the total demographic losses in WWII amounted to some 14.5 million people. Almost 700 towns and 28,000 villages have been destroyed. Material losses amounted to RUB 285 billion in prices of 1941. One out five Ukrainians died in World War II, which is more than 10 million people.

Read alsoArms of Ukrainian victory"Ukrainian society honors those who gave their lives for our country and the future generations, took an active part in the post-war reconstruction - raised from the ashes the cities, towns, and businesses, returning the country to a normal and fulfilling life," he said in the address.

According to Groysman, this time, mortal danger came to Ukraine from the east.

"We have witnessed an unprecedented aggression, the attacks on the independence and territorial integrity of the state, the death of thousands of our citizens and defenders caused by Russian terrorists in Donbas," said the prime minister.

He stressed that in the context of external aggression, trade and economic war Russia wages against Ukraine, the country staunchly defends its purpose and core values - the democratic choice of the Ukrainian people and European integration.

Read alsoNew Airborne Brigade created in Ukrainian Army"I am convinced that Ukrainian society will overcome with dignity this difficult phase. Despite all the external threats and internal challenges, together we stand as our defenders stood in 1944, securing victory. We bow to our veterans," said Groysman.

"Eternal glory to the defenders fallen for the freedom and independence of Ukraine! Glory to Ukraine!" the prime minister said.