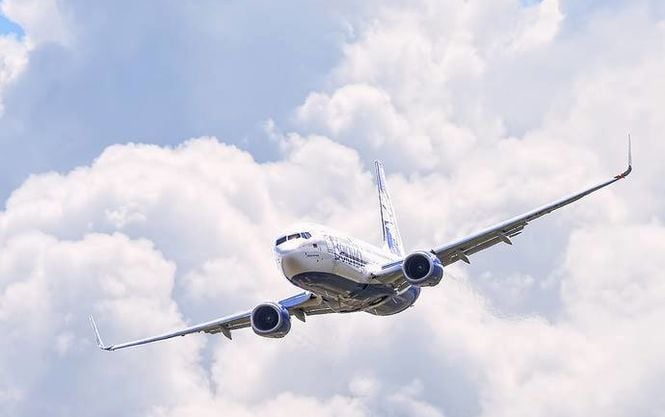 The company is now working with the Ukrainian side to determine the sum of the compensation, he said.

"This issue will be closed in the near future," he added.

As reported earlier, on Friday, October 21, the SBU ordered a Belavia passenger plane heading from Kyiv's Zhuliany airport for Minsk to U-turn.

Read alsoSBU: Traffic controller not asked to threaten Belavia plane with interceptionThe Ukrainian side was reported to be threatening the Belarusian aircraft with scrambling jet fighters, but the SBU denied the involvement.

It was later revealed that the SBU's man of interest was an Armenian citizen Armen Martirosyan, who lives in Moscow, working for Russian propaganda media outlets. Known as a stern critic of the Euromaidan revolution, Martirosyan has already claimed he would sue the Ukrainian side for being taken off the plane.

Read alsoRow over SBU returning Belavia jet: experts assess situationLater, Belarus Today published a readout of the conversation between the pilots of the plane with 136 people on board and an air traffic controller in Kyiv. The readout reportedly confirms the version of the Belarusian side, although no audio confirmation has been provided as of yet.

"Belavia-840, an order just came in: you must turn back to the Zhuliany airport. If you do not obey, military aviation will be scrambled for interception," the controller allegedly said, later adding the order for the plane to U-turn was given by "the military commandment."