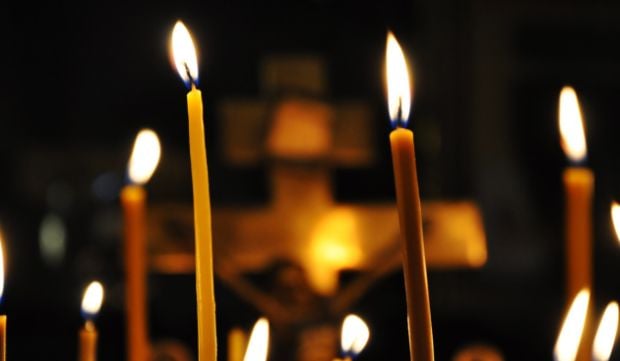 On November 3, 1937, Les Kurbas and Mykola Kulish, the two paramount Ukrainian culture figures, were executed by shooting, according to Ukraine Today.

Both of them belonged to so-called "Executed Renessaince" elites group that prompted a short but bright revival of Ukrainian culture in the 1920s and early 1930s.

Mykola Kulish was glorified as one of the best Ukrainian dramaturgists of his time, and his works are now included in the school curriculum in Ukraine. Les Kurbas is still known as one of the most prominent theatrical directors of the 20th century. In their lives, they were good friends and praised their creations.

In the culmination days of Stalin's Great Terror in mid-1930s, both of them were executed together with hundreds of thousands cultural, scientific and religious figures throughout the Soviet Union.

Kurbas and Kulish were executed exactly the way pictured in the drawing, with a single bullet simultaneously, to save ammo, a painter and caricaturist Yuriy Zhuravel says. 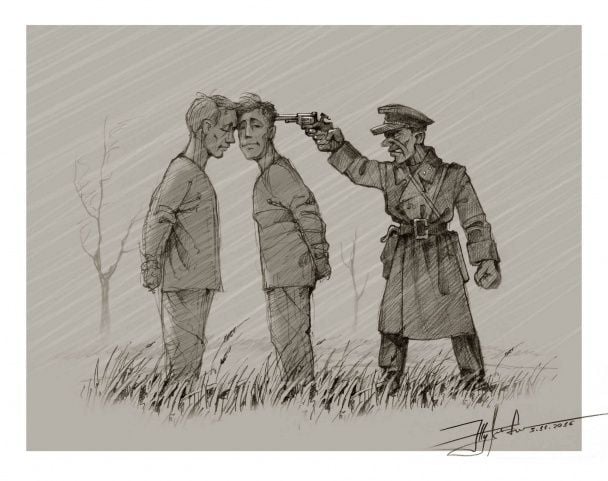 "There were over 500 of such couples. The execution of The Renessaince was devoted to the 1917 October revolution anniversary", he adds on his Facebook page.

After Stalin's death, both Kulish and Kurbas were immediately rehabilitated posthumously for the absence of corpus delicti.