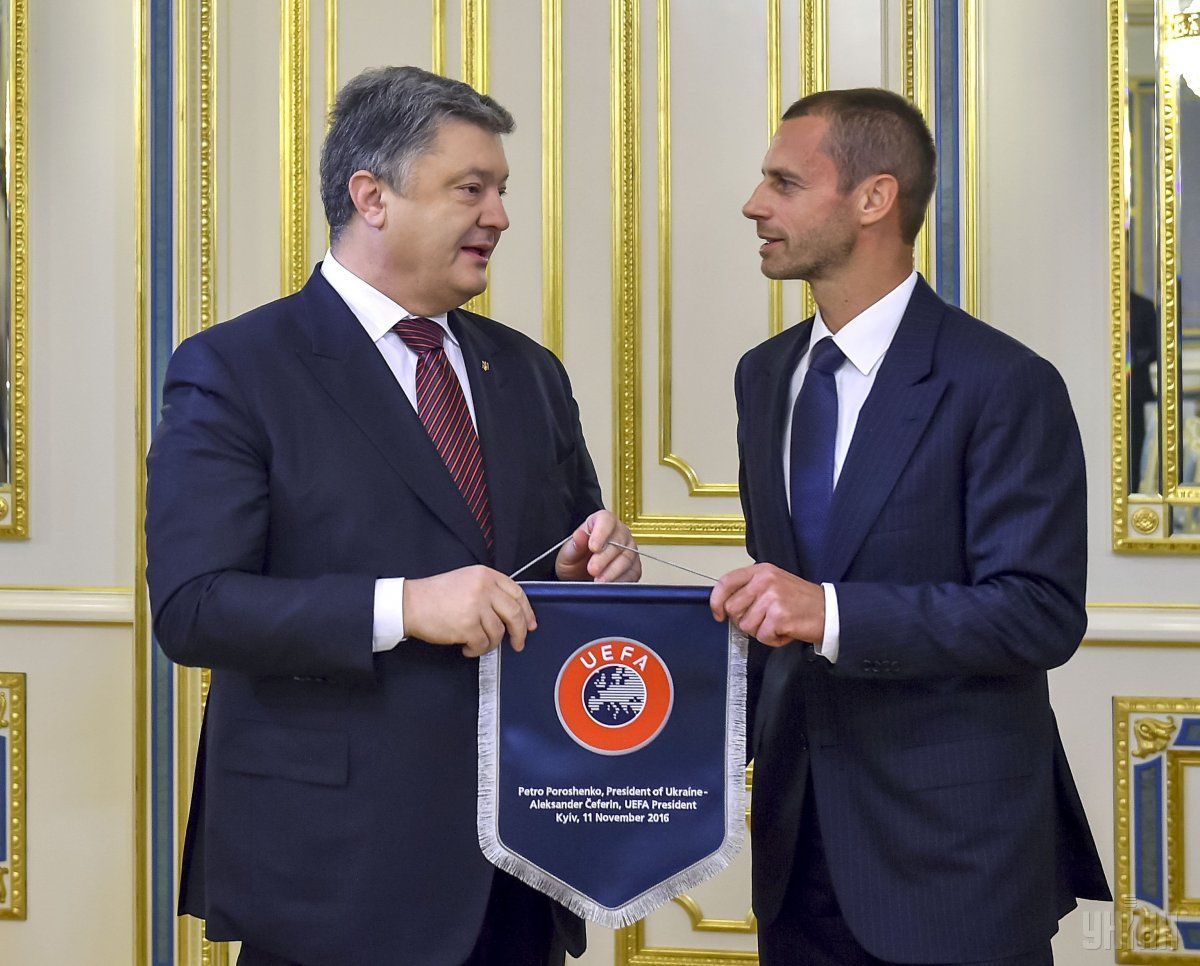 The Head of State congratulated Aleksander Ceferin on having been elected UEFA President recently, the press service reported.

The President emphasized that more than 200,000 children from Ukraine had lost their homes as a result of the aggression of Russia in Donbas. He expressed gratitude to UEFA for the financial assistance in social integration of internally displaced children in Ukraine in the framework of cooperation with the UEFA Foundation for Children.

Read alsoShakhtar destroys Belgium’s Gent 5:0 in UEFA Europa LeaguePoroshenko noted principled position of the UEFA regarding prohibition of official football competitions in occupied Crimea and urged the UEFA President to adhere to that position in the future. Aleksander Ceferin assured that the UEFA's position on Crimea would remain unchanged.

The UEFA President congratulated Ukraine on holding the UEFA Champions League Final 2018 in Kyiv. He expressed confidence that the given football event would become the best gift for football lovers and Ukrainian fans.