The State Border Guard Service of Ukraine has received new equipment and vehicles worth EUR 2 million from the European Union for strengthening its joint border with Belarus, according to an UNIAN correspondent. 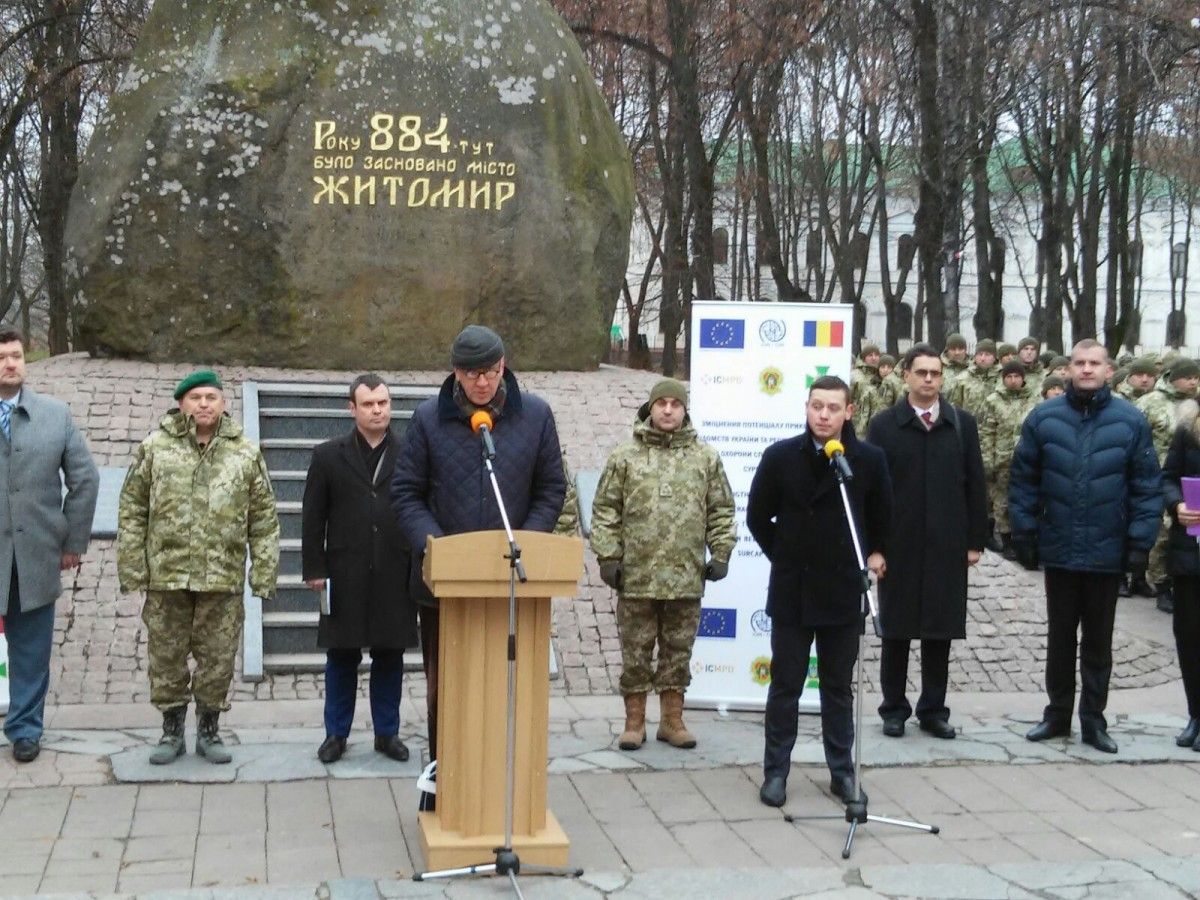 The official ceremony took place on Zamkova Hora Hill (Castle Hill) in the northern city of Zhytomyr on Tuesday, November 22. The event was attended by heads of the State Border Guard Service of Ukraine, EU officials, local residents, border guards, and journalists.

"This technical assistance is a part of the SURCAP Phase 2 project, strengthening the capacity of border agencies of Ukraine and Belarus on protection of the joint border. The project is funded by the EU and implemented by the International Organization for Migration (IOM)," Sector Manager of the EU Delegation to Ukraine Stephan Dahlgren said during the ceremony.

Read alsoUkraine, U.S. agree to step up fight against nuclear smugglingFirst Deputy Head of the State Border Guard Service of Ukraine Vasyl Servatiuk announced during the event that the total value of the equipment handed over to the Ukrainian border guards is EUR 2 million.

On the same day, Ukrainian border guards showcased part of the EU's equipment and vehicles.

"We need to secure borders, so that we can efficiently detect and fight smuggling and other illegal border crossings.  At the same time we have to make sure that legal crossing for people and goods is as smooth as possible," Ambassador Hugues Mingarelli, the head of the Delegation of the EU to Ukraine said. "The European Union has been a major partner of Ukraine in this endeavor, with contributions to integrated border management exceeding EUR 100 million, and today's handover of equipment takes us one step further to our mutual goal of security, freedom and justice."

UNIAN memo. The second stage of the EU-funded regional project "Strengthening Surveillance and Bilateral Coordination Capacity Along the Common Border Between Belarus and Ukraine" started in April 2014. The total budget of the project is EUR 5.350 million for two countries in equal proportions. The project is co-funded by the Ministry of Foreign Affairs of Romania, IOM, and border agencies of Ukraine and Belarus. Until spring 2017, the project will increase the effectiveness of the protection of the state border between Ukraine and Belarus through the purchase of equipment, joint study visits to the EU, seminars on various aspects of integrated border management, and the establishment of a pilot contact point "Pinsk-Zhytomyr."