The world's largest moveable land-based facility, a new Safe Confinement Sarcophagus, built by JV NOVARKA, has been slid over a distance of 327 meters to its final resting place, having safely enclosed the damaged fourth Chernobyl (Chornobyl) nuclear reactor 30 years after the disaster. 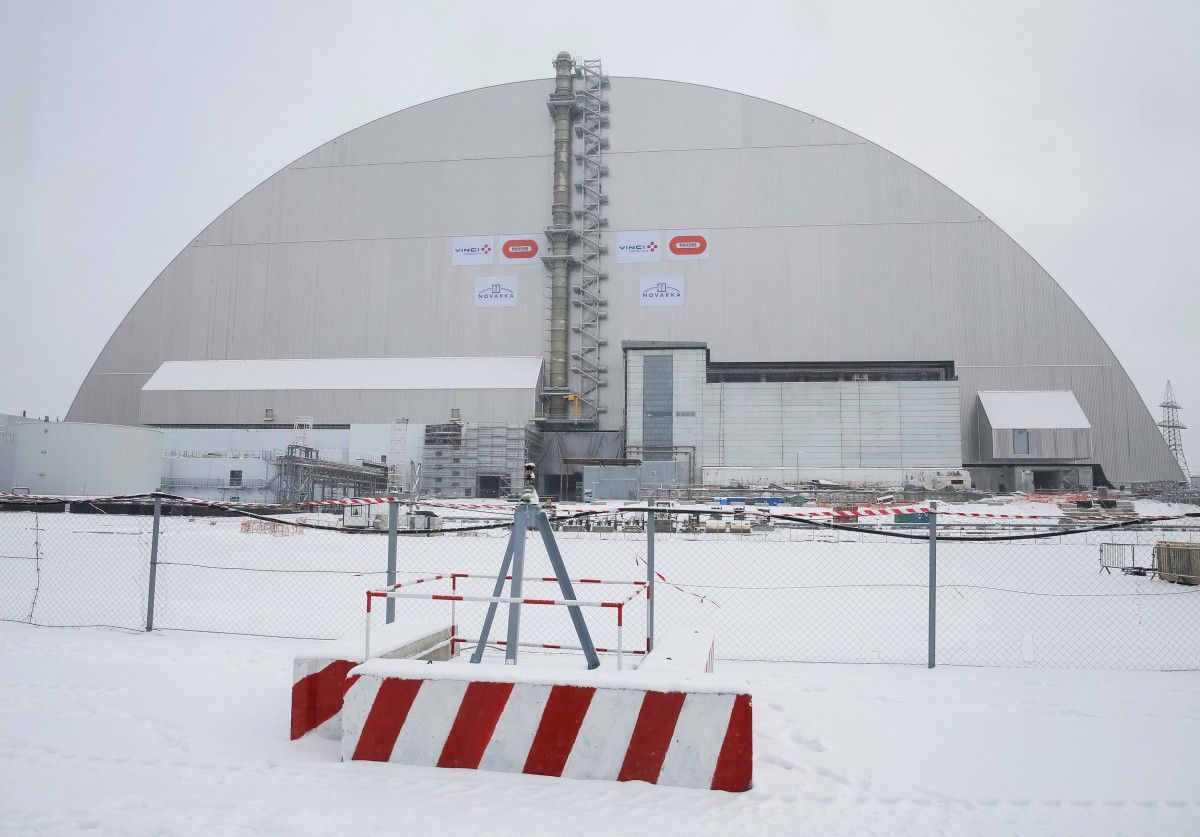 "Chernobyl reactor 4 is now safely enclosed 30 years after 1986 disaster and at end of an amazing engineering feat," the European Bank for Reconstruction and Development, one of the donors of the project, tweeted on Tuesday, November 29.

"This is the largest movable structure. A pool of 28 countries have raised over EUR 1.417 billion. Forty countries have taken part in the construction… I'd like to congratulate you all. Yes – we did it!" Ukrainian President Petro Poroshenko said at an official ceremony to mark the safeguarding of the site.

In his words, this large-scale construction was carried out amid war.

The total cost of the new safety shield is EUR 1.5 billion.

It is 3.5 times heavier than the Eiffel Tower in Paris, France, and can hide the New-York-based Statue of Liberty.

The arch is designed to create a leak-tight barrier to contain radioactive substances for at least the next 100 years. It was developed by NOVARKA, a 50/50 joint venture formed by VINCI CONSTRUCTION and BOUYGUES TRAVAUX PUBLICS. The new arched structure has been under construction since 2012. On November 14, 2016, the company started the process of the installation of the facility.

The completion of the facility was scheduled for the end of 2016, it is to be commissioned in 2017 after all required tests have been conducted, Director of Chornobyl nuclear power plant Ihor Hramotkin said in April 2016.

In May 2016, the Group of Seven (G7) member states confirmed their readiness to cooperate with Ukraine to eliminate the aftermath of the Chornobyl nuclear disaster.

Read alsoPoroshenko backs creation of Chornobyl radiation-ecological biosphere reserveAccording to archive data, at 01:23 on April 26, 1986, a reactor at power unit 4 of the Chornobyl nuclear power plant was completely destroyed in a series of thermal explosions. A significant amount of radioactive substances was released into the environment. The accident is regarded as the largest of its kind in the history of nuclear energy, both in terms of victims and the economic losses.

After the Chornobyl disaster, 116,000 people were evacuated from the affected areas, while another 230,000 people were resettled from the contaminated zone, later called the Exclusion Zone. A total of 167,653 victims died, including 2,929 cleanup workers; 83% of victims, including 92% of the emergency response team, are suffering from various diseases.