Ukrainian citizen Yevhen Panov was reportedly tortured into confessing "sabotage" plans for Crimea after he had been detained on the Russian-occupied peninsula, according to the detainee's lawyer. 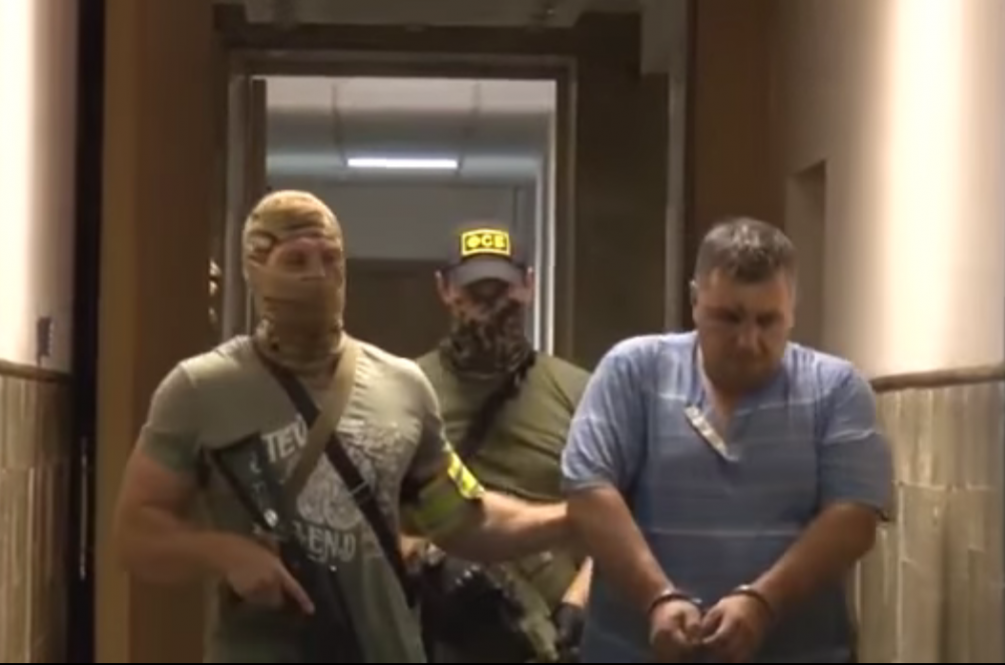 Panov amid detention / A screenshot from youtube.com

"There's some hidden agenda in the case. According to my client, investigators still visit him and persuade him to give up our services as lawyers," Russian lawyer Dmitry Dinze said after hearings in Moscow's Lefortovo district court on December 5, according to a Russian-based UNIAN correspondent.

"They say: [Ukrainian filmmaker] Oleh Sentsov was sentenced to 20 years [in prison], you'll also get your [prison sentence] and go. They are afraid he could rescind his testimony or start making contrary statements. They're afraid we could develop the theme of his tortures," Dinze said.

A respective complaint was lodged with the Investigation Committee of the Russian Federation, the lawyer said.

"If they used torture, they should be in jail and not investigate criminal cases and conduct any investigative activity. I think these people are criminals," the lawyer said.

In addition, Dinze said Panov had been isolated from the outside world and no meetings with a Ukrainian consul and relatives were allowed.

Panov was detained on August 7 and arrested on August 10, which means he was illegally captured for at least a day, Dinze said.

Panov arrived in Crimea as a taxi driver and was arrested amid going back to mainland Ukraine, he added.

Read alsoDetention of deserters on border with Crimea: Russia says SBU "enticed" troopsAs UNIAN reported earlier, the Russian Federal Security Service (FSB) announced on August 10 that it had averted alleged attempts by Ukrainian sabotage groups to enter Crimea and commit acts of terror at "critically important infrastructure facilities on the peninsula." The FSB also said it had eliminated the Ukrainian Main Intelligence Directorate's network in Crimea and detained the saboteurs.

According to the Russian special services, "one of the organizers of the terrorist attacks prevented is Yevhen Panov, born in 1977, resident of Zaporizhia region, an employee of the Military Intelligence Department of the Ministry of Defense of Ukraine," who was among the detainees.

The other detainee was Andriy Zahtey.