Lefortovo District Court of Moscow extended the arrest of citizens of Ukraine Yevgeny Panov and Andriy Zakhtey, charged with plotting terrorist attacks in the occupied Crimea. However, the defense insists that the suspects were simply private taxi drivers, according to Russia’s Kommersant newspaper. 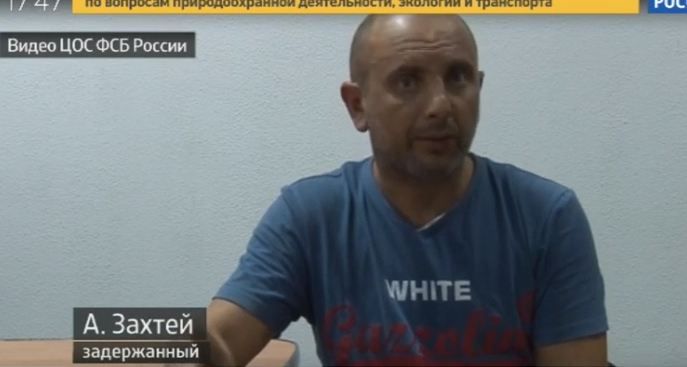 The defense of the accused said that Panov and Zakhtey had no relation to plotting sabotage / Screenshot.

A court hearing was held on December 5 behind closed doors. As it became known, the prosecution has indicted only two Ukrainian citizens - Panov and Zakhtey. They are accused of "attempted sabotage and participation in an illegal armed formation."

At the same time, the defense of the accused said that Panov and Zakhtey had no relation to plotting sabotage. According to the lawyer of Mr Panov, the man came to Crimea to make some money taxying. Subsequently, on August 7, he was detained at a border checkpoint as he was returning to mainland Ukraine. According to the FSB, in the last three days before his arrest, Panov was driving around as a passenger a citizen who may have been involved in plotting terrorist attacks on the peninsula.

Zakhtey also worked as a taxi driver in Crimea, according to his lawyer. The lawyer said that an unidentified  person called Mr Zakhtey on the phone in the evening on August 6 and proposed him to pick up three men with luggage near the village of Suvorovo in the north of Crimea, promising a generous reward.

Read alsoUkrainian "saboteur" Panov tortured in Crimea into confessing – lawyerHowever, on his way to the village, Zakhtey’s car was intercepted by the FSB officers, according to the defendant. They said that his potential clients were suspected of plotting sabotage and asked him to assist in their capture. When Zakhtey arrived on the scene along with the FSB officers, among whom was also Colonel Kamenev, a shootout erupted. Kamenev was shot in a firefight and died later in a hospital.

As noted, firstly, the FSB allegedly could not ascertain Zakhtey’s role in the incident, but later the investigator considered him an accomplice to saboteurs and officially charged the Ukrainian man.

The FSB also announced the elimination of a "Ukrainian network of agents" and the arrest of the "saboteurs." According to the Russian special services, "one of the organizers of the prevented terrorist attacks is Yevgeny Panov, born in 1977, resident of Zaporizhia region, an employee of the main intelligence department of the defense ministry of Ukraine, who was detained."

In addition, Andriy Zakhtey was detained in the occupied Crimea on charges of the alleged assistance in plotting terrorist acts.

December 5 the Moscow court extended the arrest of both Panov and Zakhtey until March 7, 2017.