Growth of wages, UAH 27.2 to dollar, "chill" in relations with EU and U.S.: Experts release forecasts for Ukraine in 2017

Political scientists, sociologists, business analysts, investment bankers and entrepreneurs have predicted the developments in Ukraine the Ukrainians should expect in 2017, according to the Novoe Vremya weekly. 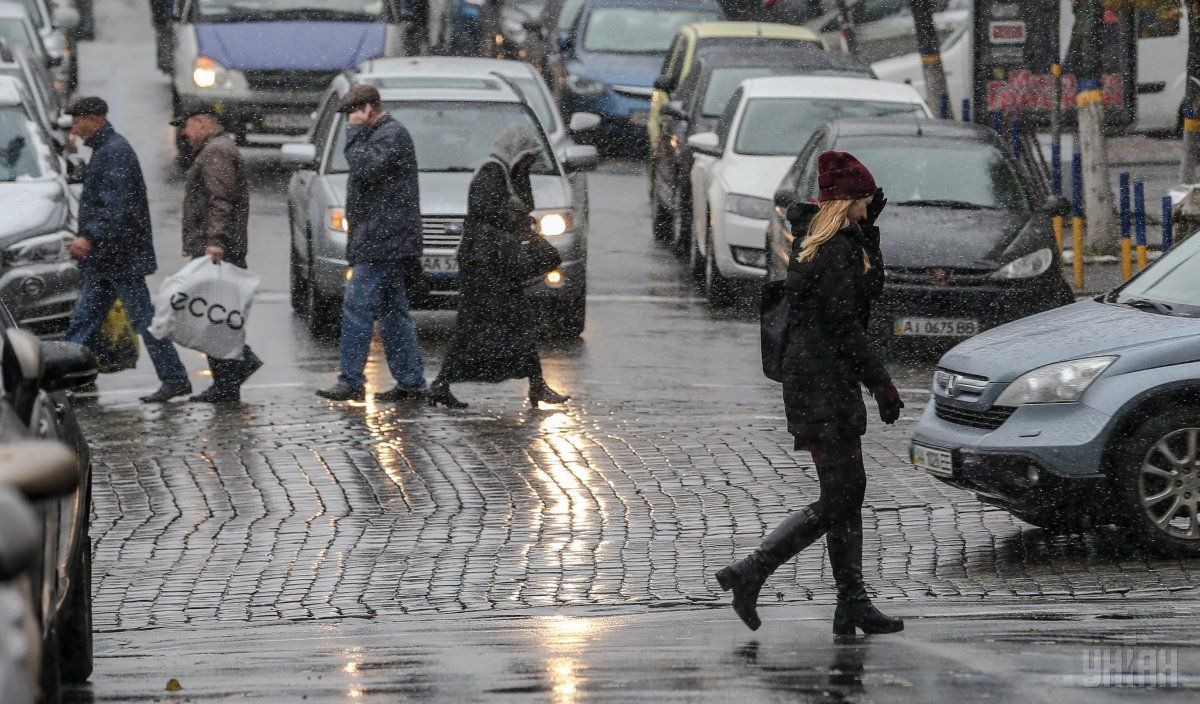 It is projected that the salaries will increase, while the hryvnia exchange rate will remain at the same level. However, the situation will be a bit worse in politics, but a little better in the economy.

The first surge, according to political analyst Volodymyr Fesenko, will be in February or March. The key topics of this wave of protests, according to sociologist Iryna Bekeshkina, will become the new, higher utility bills, indignation over the results of electronic declaration of assets, and scandalous audio recordings of a fugitive MP Oleksandr Onyshchenko.

The second phase will start in April-May when street protests could lead to the resignation of several ministers.

The third stage will be in the autumn, the beginning of the political season when the fight for the electorate by parliamentary parties will be joined by extra-parliamentary forces, who wish to increase their own popularity.

Local protests are also possible, but they will not rise up to the level of the Maidan, Fesenko said. The situation will remain relatively calm as the level of trust of Ukrainians in all politicians is extremely low, according to the expert.

Chances of re-election are low

Autumn will be a critical period: the beginning of another political season and the emergence of new parties could trigger another crisis and start the process of the dissolution of the current convocation of the Verkhovna Rada. But if the president and the government manage to achieve economic recovery and the improvement of living standards by that time, the Ukrainians will not hear the voices of the opposition or populists.

In any case, experts do not expect anything good from the new parliament –president’s position in this parliament will be weak, while plenty of smaller-scale political forces will be elected that will affect the very stability of the Verkhovna Rada.

Nadia Savchenko is named among prospective politicians. Her credibility, melting in the center and west of the country, is compensated by the growing popularity in the east and the ATO zone, according to political scientist Vitalii Kulik. Analysts agree that in the case of elections, "Savchenko's party" can overcome a 5% threshold.

What will happen to Donbas

The Kremlin itself is tired of the self-proclaimed “republics”. Political strategist Taras Berezovets says that the Russian side has been reducing their funding, while the situation keeps deteriorating there. Consequently, there is a growing number of discontented in these areas. And their energy will be directed by their "leaders" against Kyiv. Therefore, there is a high probability of an escalation of the conflict, including through some local efforts to seize new territories.

The expert also believes that there is a high chance of a rotation in the leadership of the so-called “republics”: Moscow can terminate Alexander Zakharchenko ("DPR") and Igor Plotnitsky ("LPR"). "Almost all separatist leaders have been killed or imprisoned because they knew too much. Knowledge is the Kremlin's enemy," Berezovets said.

Chill in relations with the EU and the U.S.

Experts believe that 2017 will be one of the most difficult years for Ukraine in terms of geopolitics. The cooling of relations with the EU is forecast due to the likely change of the EU foreign policy after the right parties gain more power in key Member States.

A similar situation will be in Ukraine’s contacts with the United States. Therefore, the risk of the reduction of external pressure on the Kremlin's policy next year will become a reality with a high degree of probability. The situation will be most catastrophic if German Chancellor Angela Merkel fails to win the upcoming elections.

Director of Kyiv International Institute of Sociology, sociologist Volodymyr Paniotto says that a visa-free regime is unlikely to increase greatly the number of those leaving for work or permanent residence in the EU as the connection between legal or illegal migration with visas is rather weak. And in this regard, people should not expect major changes.

Open doors to Europe will not lead to an increase in tourist trips by Ukrainians, according to a sociologist and demographer Ella Libanova, because the current rate of the hryvnia makes R&R in the EU almost impossible.

Economy will grow, but just a bit

According to the National Bank, in 2017, Ukraine's economy will grow by 2.5%. The International Monetary Fund and Fitch Ratings released the similar forecast. And according to the calculations in the consensus forecast by the Ministry of Economic Development, GDP may grow by 1.9%, to 4%.

"To the greatest extent, the growth will be associated with macroeconomic stability, the absence of the effect of operational disruptions due to the conflict in the east," said Hlib Vyshlinskiy, executive director of the Center for Economic Strategy. "Such stabilization of the climate for doing business has allowed making decisions on investments for this year, which will bring its effect in 2017," he said.

"Even taking into account that in 2016 the economy grew by 1.5-2%, it is not clear when we will be able to reach the level that we had before 2014," he added. As a result, the country may find itself in the period of instability, while the outflow of the economically active population and capital abroad will only intensify.

UAH 27 to the dollar

If we look into the state budget 2017, we see that the government is sure that $1 should be worth UAH 27.2. The analysts from Dragon Capital investment company give almost a similar forecast for the next year: UAH 27 to the dollar.

"If there are no external shocks, this will be the average rate," said Andriy Bespyatov, director of the analytical department at Dragon Capital.

During the year, fluctuations of the national currency are possible, which is normal for a floating exchange rate regime, to which the NBU adheres. However, the investment banker does not expect significant devaluation of the hryvnia, and neither does he see any grounds for its strengthening.

The positions of the national currency may be undermined by the termination of cooperation with the IMF, said Oleksandr Zholud, the senior economist at the International Centre for Policy Studies. Another factor of the pressure on the hryvnia is the drop in foreign exchange earnings coming into the country. This is possible in case of reduction of the world prices for major Ukrainian export goods: metallurgic and agricultural products.

Foreign direct investment (FDI) in Ukraine in the form of equity in the first nine months of 2016 amounted to $3.145 billion, which is 386.2% more than in the same period last year. In 2017 there will be no such injections in the Ukrainian economy. "We expect FDI at 1% of GDP, or slightly more than $1 billion," says Mr Bespyatov of Dragon Capital.

This is due to the fact that over last two years, foreign direct investment was directed mainly to recapitalize banks. Now most foreign financial institutions have completed the process of increasing their capital. As for other investments, the foreigners just don’t see where they could invest in Ukraine because they do not understand its legislative field, says Oleksandr Zholud. Besides, the foreign investors’ ardor is cooled by NBU restrictions, which the regulator has introduced, in order to prevent the outflow of capital abroad.

At the same time, Dragon Capital believes, domestic investment is projected to grow by 12% in 2017 compared to 2016. It is the contribution of Ukrainian businesses that will become a significant driver of economic growth, according to Bespyatov.

Next year, inflation will drop to 8% (against 12% in 2016), while the minimum wage will rise to UAH 3,200. Both of these factors will spur growth of domestic consumption.

This year, sales of home appliances and electronics in average have already grown by 17.2%. Vladyslav Chechetkin, co-owner of Rozetka.ua, one of Ukraine’s largest online retailers, predicts that the sales of Ukrainian retailers in 2017 will rise by 25-30%. However, that’s if there is no turbulence in the currency market and the overall economic background doesn’t worsen.

"Such a growth rate is big for the developed countries. But it is small for Ukraine, which is now at the bottom," says the businessman.

Workers will be valued, while salaries will grow

2016 was the first year without massive military action, and it was immediately reflected in the labor market, said Serhiy Marchenko, a Director of IT development at a job search online service Work.ua. As a result, employers have posted far more job offers than a year earlier. In 2017, the trend will only intensify. Marchenko forecasts that employers will continue to look for construction workers, specialists in agriculture, logistics, and transport.

Also, software programmers will remain to be valued, especially those who develop mobile apps. But the main trend in the Ukrainian labor market in 2017 will be the increase of salaries.

"In 2016, they did not grow as fast as the demand for qualified professionals," Marchenko said. Next year, competition for qualified personnel will increase, and employers will be forced to increase wages. The data from the HR portal, HeadHunter Ukraine, confirm the words of the expert: employers’ poll showed that more than 60% of them are going in one way or another to increase wages.

"Every seventh company expects an increase in wages for all workers, and every eighth company will see the raise only to those who perform best," says Kateryna Mashchenko, head of the expert and analytical center HeadHunter Ukraine.

Prices for real estate will freeze

In 2016, the cost of housing - both new houses and secondary market – declined slowly but steadily. Serhiy Kostetskiy, the Marketing Director at SV Development consulting company, believes that this slide will stop next year. "Perhaps, there will be an adjustment for a couple of percentage points. But there should be neither a collapse nor a hike," said the expert. In his opinion, on the primary market growth of risks is possible as well as the bankruptcy of some developer companies. "The volume of construction is growing, while the number of deals is not," Kostetskiy says.

Since banks do not lend to developers, they are forced to replenish working capital entirely at the expense of their customers. As a result, there may be not enough funds to complete construction projects.

Full text (in Russian) will be available in the latest edition of Novoye Vremya weekly.