President of Ukraine Petro Poroshenko, along with U.S. Senators John McCain, Lindsey Graham and Amy Klobuchar, who are visiting Ukraine, arrived at the command post of the Ukrainian forces in the zone of the Anti-Terrorist Operation in the area of Shyrokine under Mariupol. 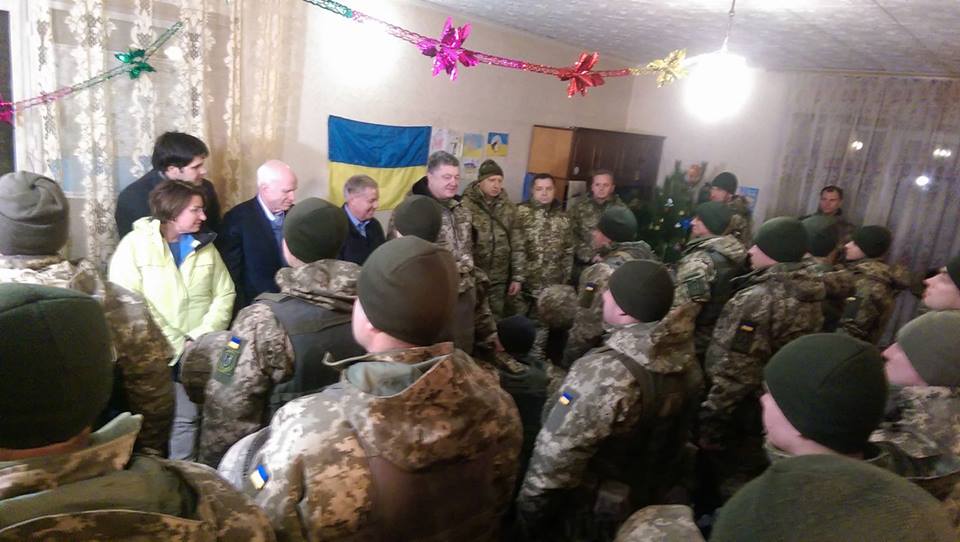 "I arrived at the command post in the area of Shyrokine along with John McCain, Lindsey Graham and Amy Klobuchar to congratulate our soldiers on the New Year," the Head of State wrote on Twitter.

Earlier, the president offered the senators to make a visit to Donbas to get objective data on the ground on the subversive actions of the Russian side and Russian-backed militants, who continue to resort to provocations and violate the ceasefire. 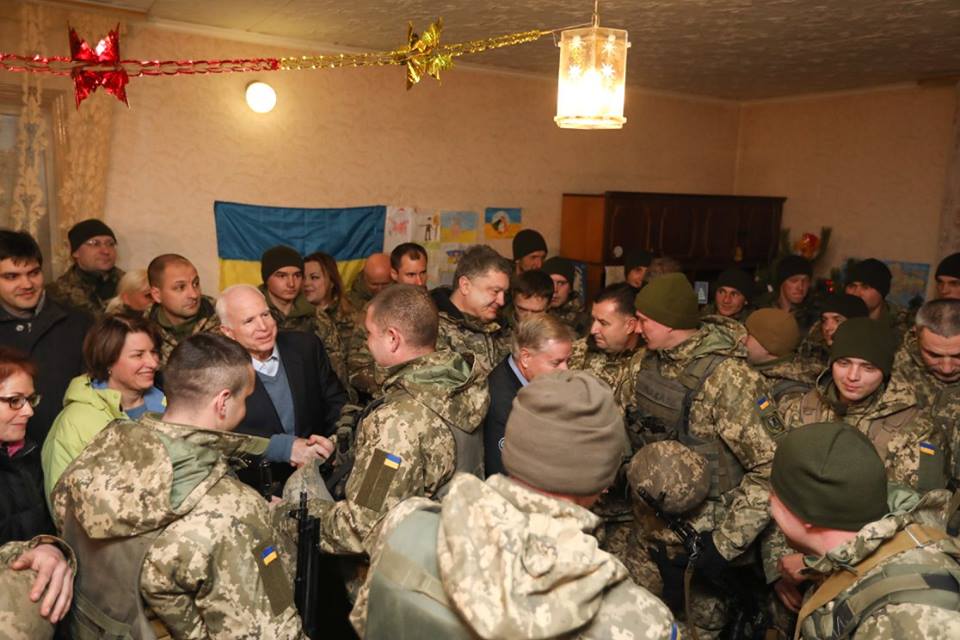 Poroshenko noted the importance of the adoption by the US Congress of the act on the support of stability and democracy in Ukraine, which would be an important decision in the interests of solidarity and integrity of Ukraine.

The President has also noted that Ukraine is not only fighting for its independence. 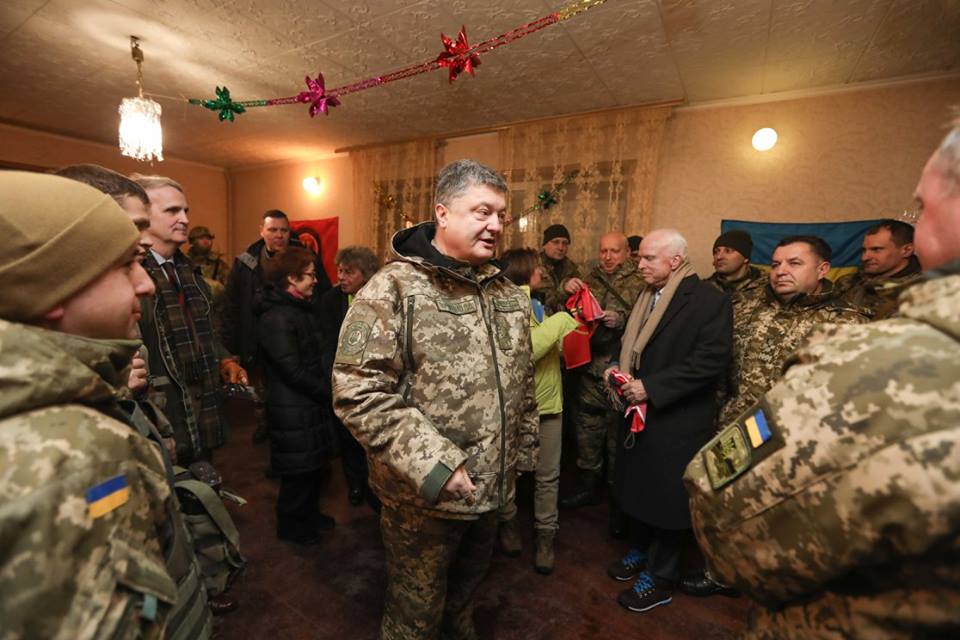 "We are fighting for freedom, for the values, for democracy, protecting them in the center of Europe in the XXI century," he said.