The National Council on Television and Radio Broadcasting has unanimously removed Dozhd TV channel from the list of foreign broadcasts, the content of which meets the requirements of the European Convention on Transfrontier Television and Ukrainian legislation, giving cable providers a month to shut down the channel’s broadcast, Telekritika reports. 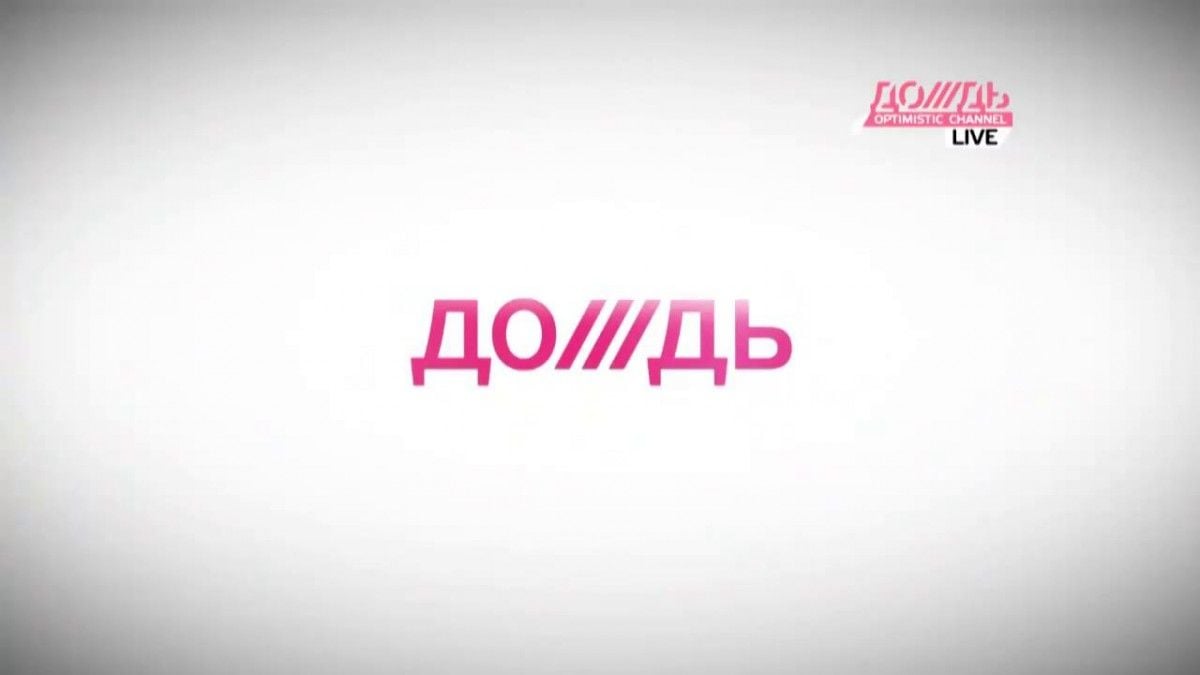 The National Council has recorded facts of placement of commercial advertising, which is a violation of Law On Advertising. In addition, according to the head of the National Council, Yuriy Artemenko, violations of Law of Ukraine On Television and Radio were also recorded.

"In particular, the TV channel aired programs with information that demonstrates ignorance of the state borders and encroaches on the territorial integrity of Ukraine," said Artemenko.

Read alsoNational Council on TV and Radio Broadcasting says 1+1 TV channel granted broadcasting licenseAs stated by a member of the National Council Serhiy Kostynskiy, the channel had vowed to comply with the Ukrainian legislation, but this didn’t happen.

"It's about the fact that throughout 2016, we have repeatedly recorded violations of state laws of Ukraine on the part of Dozhd. They broadcast Russian ads. We made a step toward the channel and requested that they eliminate violations. We were promised that they would stop, and two months later there was a Ukrainian version of Dozhd without advertisements. But it was never submitted to the National Council," said Kostynskiy.

He added that the TV channel’s journalists regularly violated Ukrainian legislation on the issue of Crimea. "The key problem we see is the issue of Crimea. We know that the answer to the question "To whom does Crimea belong?" dots the t’s and crosses the i’s on how anybody is to be perceived. Journalists of Dozhd go to Crimea in violation of Ukrainian legislation. They call the border of Kherson region and Crimea the Ukrainian-Russian border. They also show a Russian map that shows Crimea as Russian territory. These are regular occasions," he said.