RFE/RL: Ukraine jails Brazilian for 13 years over conflict in east 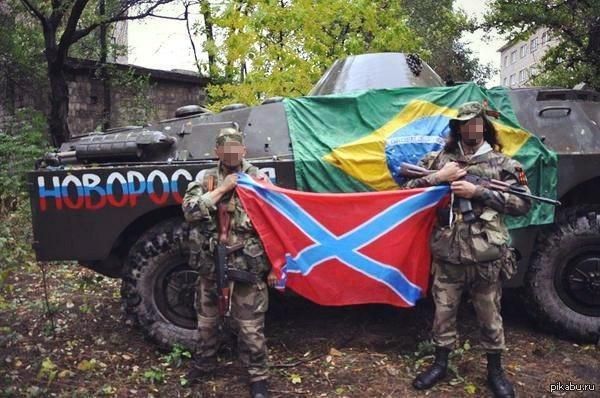 The Brazilian was convicted of creating a "terrorist organization" and "recruiting mercenaries for terrorists," the Pechersk district court said in a statement, Christopher Miller wrote in an article titled "Ukraine Jails Brazilian For 13 Years Over Conflict In East" published January 27.

The January 25 statement did not name the man or say when he was sentenced.

Ukrainian media, including outlets based in separatist-held territory in eastern Ukraine, have reported that his name is Rafael Lusvarghi and that he was arrested upon arrival at Kyiv's Boryspil International Airport in October 2016.

Ukraine calls the conflict in its eastern Donetsk and Luhansk regions an "antiterrorist operation," and officials often refer to forces on the separatist side as "terrorists."

Read alsoBrazilian man who fought for "DPR" detained at Boryspil airportA Facebook page advocating for Lusvarghi's release and featuring a photo of a fighter holding a separatist flag shared a report by a separatist website confirming it was he who was sentenced. The website said Lusvarghi is 32 years old.

The Kyiv prosecutor's office has alleged that the Brazilian convicted in court fought alongside separatists between September 2014 and May 2015, including in deadly battles for the town of Debaltseve and the Donetsk airport.

During that time, he served as a military instructor and scout, as well as a recruiter of foreign fighters, the prosecutor's office said.

He is believed to be the first non-Russian to be convicted and sentenced by Ukraine for alleged crimes relating to the war, which has killed more than 9,750 people in eastern Ukraine since April 2014.

Foreigners from several countries have fought in the war. Russian media have quoted Lusvarghi as saying that he "fights not only for Novorossia, but also for a multipolar world."

The term Novorossia means "New Russia" and is used by some Russians and separatists to refer to large parts of eastern and southern Ukraine that they covet.