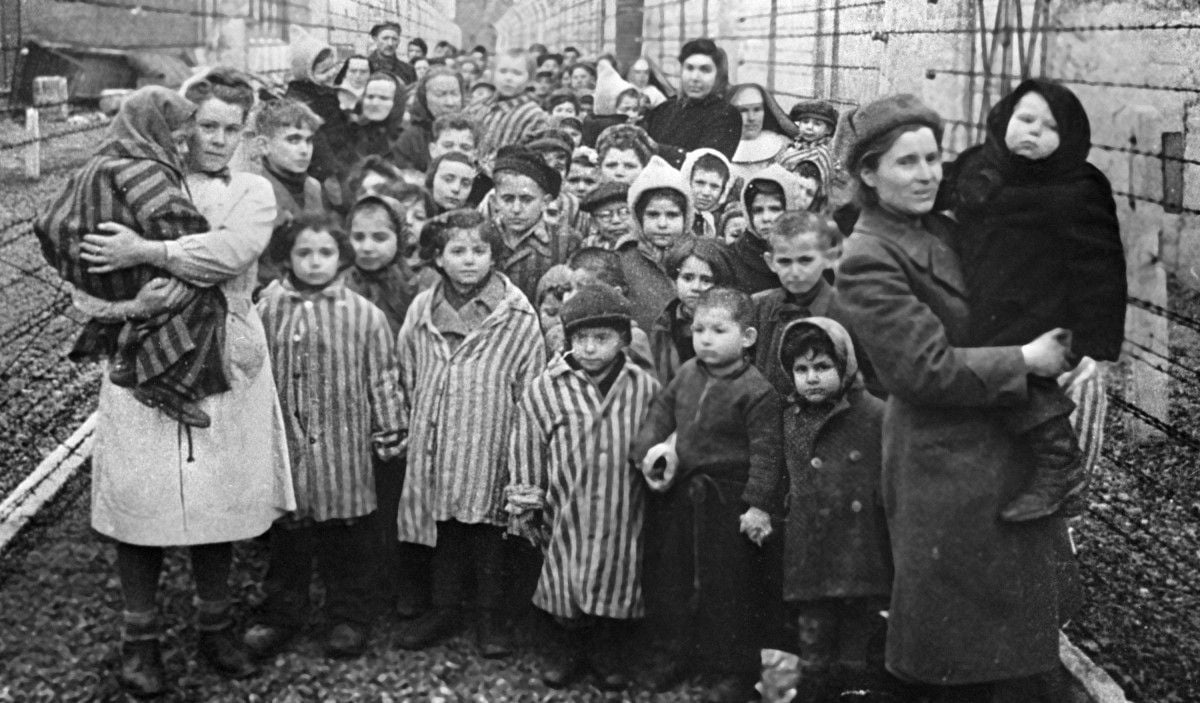 "The Holocaust is a horrendous chapter in human history. The memory of this horrible and inhumane tragedy resonates deeply in Ukrainian society as 1.5 million Ukrainian Jews fell victims to the Holocaust. 60% of Ukraine's Jewish population perished," Ukraine's Ministry of Foreign Affairs said in a statement on this occasion.

"International Holocaust Remembrance Day is a good opportunity once again to reaffirm our commitment to human rights. It is of paramount importance to ensure that all people may enjoy – equally and without discrimination – the human rights and fundamental freedoms to which we all have committed to."

According to the ministry, Ukraine firmly condemns any attempts to deny the Holocaust, war crimes and crimes against humanity as well as manifestations of intolerance, incitement of hatred, harassment or violence against persons or communities, wherever they occur and regardless of which groups they target.

"The Holocaust tragedy is also a powerful global reminder about the danger of war and the value of peace."

"Today's debate in the Permanent Council takes place at challenging times, when Russia's illegal occupation of Crimea and on-going aggression in Donbas amply demonstrate that blatant breach of international law by one country inflicts grave damage to democratic stability, human rights and peace in the country under attack and in the entire Europe. Just as was the case in the past, the severest violation of human dignity, persecution and discrimination happen amid occupation," the ministry said.

Read alsoUkraine, Poland's history wars gift for Putin – mediaEnforced disappearances and killings of Crimean Tatars, labelling different ethnic representative organizations as extremist ones, attacks on and expulsion of priests, attempts to erase the ethnic and national identity of large groups of the population are symptomatic of the extent of systematic pressure and repressions in the occupied Crimea.

"We cannot and must not close our eyes to the hardships of the people under illegal Russian occupation," reads the report.

It remains imperative to seek that Russia restores its respect to the OSCE principles and commitments which will entail restoration of Ukraine's sovereignty and territorial integrity within its internationally recognized borders.

"In Ukraine preservation of this memory will be served by the initiative to establish the First Memorial Center of Holocaust Victims 'Babyn Yar.' The Memorial will be built in Kyiv on the site of mass extermination of Jews, Ukrainians, Roma and members of other nationalities in 1941-1943," it said.

"This memorial will be a significant and symbolic addition to many other Holocaust remembrance monuments built throughout Ukraine – from Kyiv to Russia-occupied by Sevastopol in Crimea, from Donetsk to Lviv. Many of them were opened in the last two years (Berehove, Bilky, Uzhgorod in Zakarpattia region, Rava Ruska in Lviv region, Kysylyn, Ostrozhets, Prohid, Bakhiv in Volyn region, Balta, Odesa, Tarutyne in Odesa region and many others)," the ministry added.