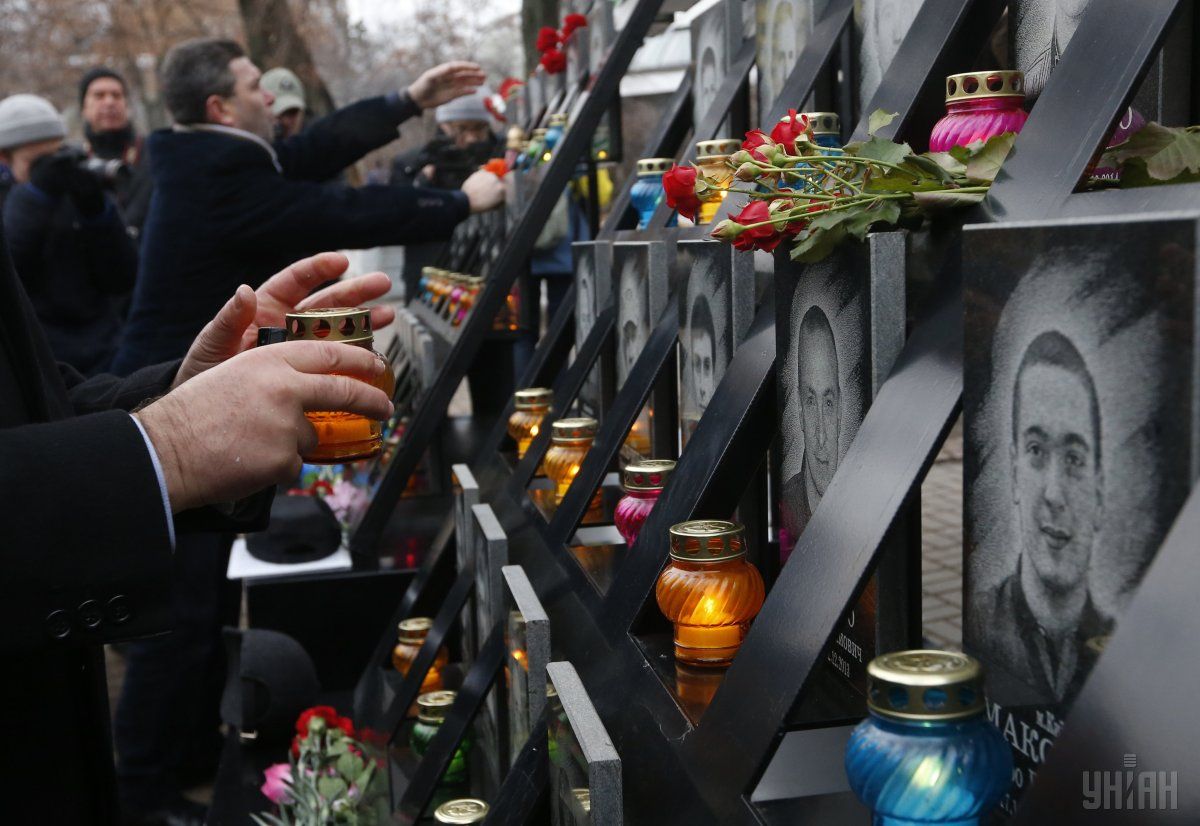 The video was submitted as evidence by representatives of the victims, as reported by Hromadske.

The clip was presented to the Svyatoshynskiy court and played in a courtroom.

"On the video, which, presumably, was taken from Ukraina Hotel, it is seen that that people are firing from behind the trucks which are parked before the concrete barricades. Flashes and powder gas traces behind the barricades can be seen on video as people sporting black uniform are firing; at the same time protesters can be seen who are falling to the ground on Instytutska Street after being wounded," the report reads.

Read alsoPGO: Hague court wants proof of magnitude of Euromaidan crimesThe authors of the video are not yet known.

According to the representatives of the victims, one of them received the video via email.