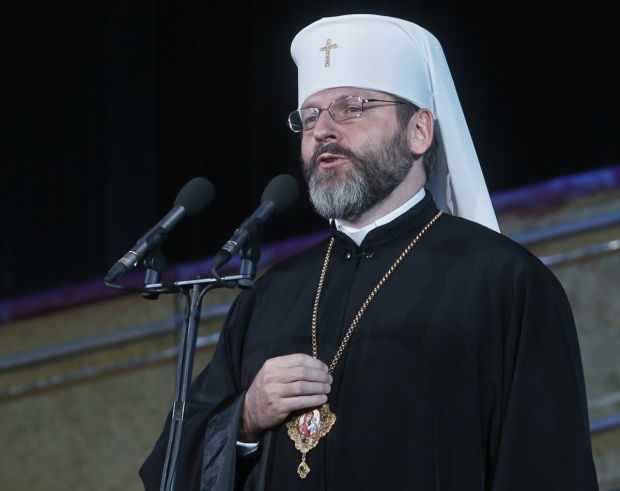 This week a ceasefire between Ukrainian troops and Russian-backed separatists came into effect but the head of the Organization for Security and Cooperation in Europe (OCSE) said violations to the ceasefire are already occurring, Vatican Radio reported.

The conflict, which started in April 2014, has killed some 10,000 people and displaced hundreds of thousands from their homes. 3.8 million people are estimated to be in need of humanitarian assistance.

Speaking to Vatican Radio, His Beatitude Sviatoslav Shevchuk, Major Archbishop of the Ukrainian Greek-Catholic Church, said that Europe must not allow the humanitarian emergency unfolding at its heart to go unnoticed.

Major Archbishop Shevchuk highlighted the plight of three groups of people in particular whom, he said, the international community should be concerned about:

- Those who are trapped in the so-called "grey zone" on the border of the occupied territory which has been under constant bombardment for the past three years: almost 200,000 people including many elderly people and families. According to UNICEF some 12,000 children live in this area. He said the Church is present on the territory and supported by funds raised by Pope Francis' call for a collection that goes towards food, medicine and other basic needs.

- Those who are trapped in the occupied territory and who are unable to receive international humanitarian aid. The only way the Church manages to reach these people is through local priests who do their best to travel back and forth to the Ukrainian area, filling their cars with basic goods for the population that is on the brink of hunger.

- Then there are the hundreds of thousands of displaced persons, many of whom have sought refuge in central and western Ukraine. Unofficial statistics estimate over 2 million internally displaced persons. The national Caritas branch is practically alone in trying to assist these people.

Read alsoUkrainian Catholic leader affirms 'love and devotedness' to PopeShevchuk also comments on the recent UNICEF report and its appeal for over 1 million children in need of assistance in eastern Ukraine.

"The suffering of a million children is the suffering of the innocent. This is what led me to make an appeal to the international community to do everything possible to end hostilities," he said, pointing out that the Church must give a voice to the voiceless.

He said it is really upsetting to see how these children live and how they continue to try to go to school in shattered buildings. He pointed out that 19,000 children are in constant danger of mines and other explosive devices in the area.

"Although children are told not to touch objects they come across, every day a child is injured because the militants leave toys that are loaded with explosives all over the ground," he said.

Shevchuk said nothing has changed since the change of the administration in the U.S., but unfortunately none of the agreements brokered so far have had an effect.

"We know there can be no military solution to the conflict in Ukraine that's why I appeal to the international community to continue to push forward diplomatic efforts for a ceasefire," he said.

Archbishop Shevchuk concluded saying Pope Francis is constantly informed on the situation and that the Apostolic Nuncio travels often to the area. He said that everyone hopes and prays that perhaps the Pope himself will be able to accept a standing invitation to visit one day.