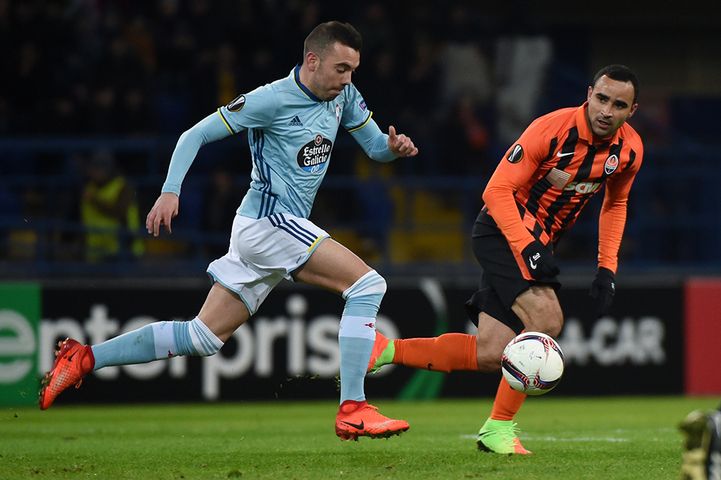 The "Pitmen" have finished their European campaign at the Europa League Round of 32 stage / Photo from shakhtar.com

Until the very last minute of normal time at their new home stadium in Kharkiv, the Ukrainian footballers were happy with a 0-0 draw, but the 90th minute began with quite a disputable penalty.

In fact, the 91st minute turned out to be crucial, as the referee registered the foul from Andriy Pyatov on John Guidetti and awarded a penalty. Iago Aspas converted a spot-kick to push the game into the extra time and brought the score to 0-1.

Read alsoPaulo Fonseca new manager of Shakhtar DonetskIn the opening part of the second 15-minute period, the Galicians succeeded in launching a fine attacking move. Jozabed Sanchez Ruiz delivered a resulting corner, with Gustavo Daniel Cabral rising first at the near post to divert the ball into the net.

After the goal, Maksym Malyshev made way for the striker Andriy Boriachuk. The score has not changed.

The "Pitmen" have finished their European campaign at the Europa League Round of 32 stage.

That was the last Ukrainian team that lost their chance of competing in European championships in the 2016/2017 season.

Shakhtar head coach Paulo Fonseca says that the outcome of the match was decided on the 91st minute, according to his interview posted on Shakhtar's official website.

"I cannot but mention the 90th minute, when just a shameful penalty was given away. There was absolutely no penalty there. I am telling that for a good reason, as I watched the video of that moment. The referee was even about to give a yellow card to Guidetti, but then suddenly transformed it into a penalty. This is a disgrace. Today, we have been 'pushed out' not by Celta, which is a good team, but, namely, by judges' team," he said, while commenting on the last game.

Shakhtar's previous game with Celta was more successful, as they won a match in Vigo, Spain, on February 16 with a 1-0 score.