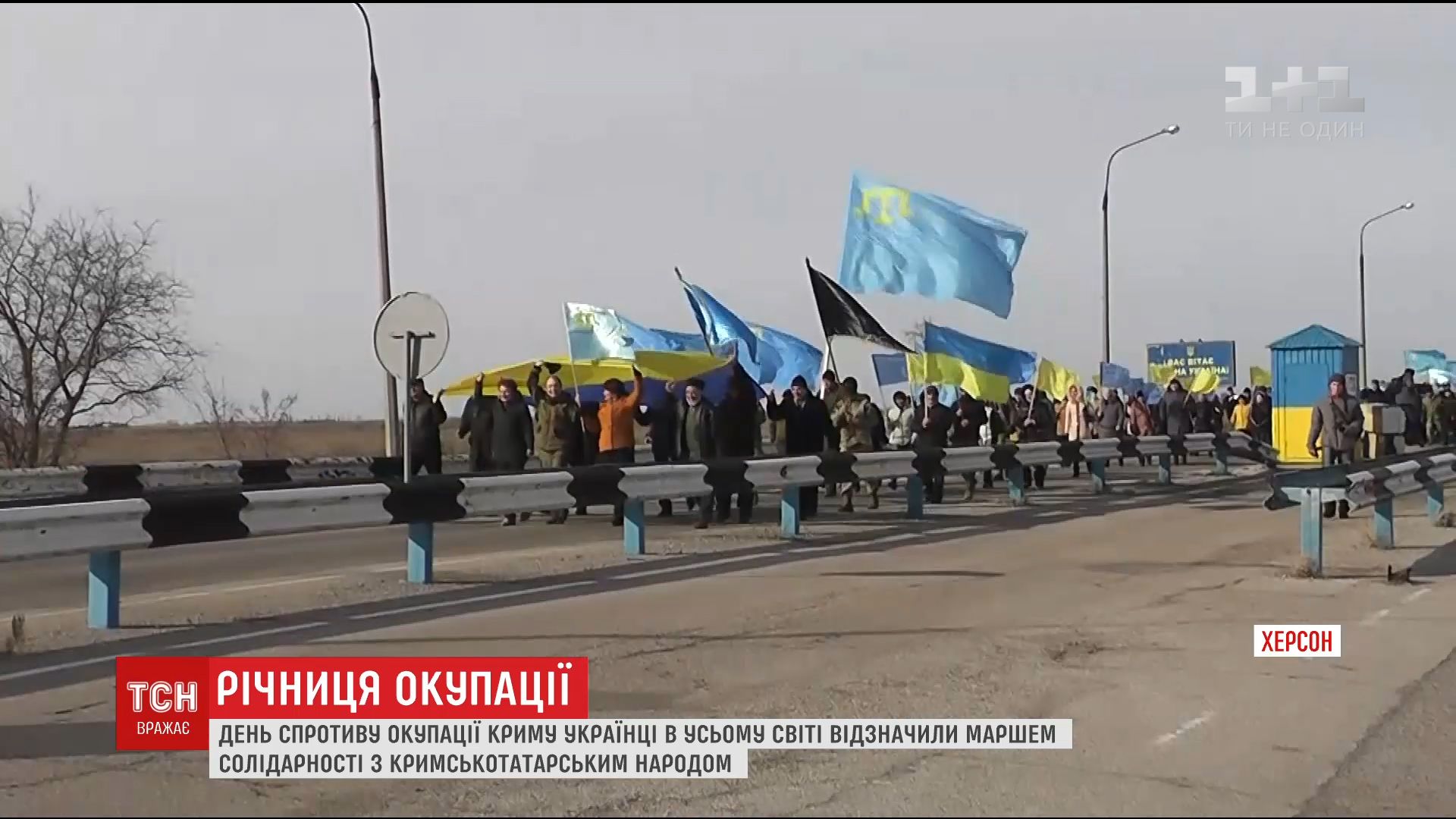 On the same day three years ago, a convoy of 40 armored personnel carriers was spotted at the entrances to Simferopol. Moreover, the Russian armed forces were reported to deploy in the territory of Crimea.

Back then, law enforcement agencies opened criminal proceedings over the seizure of the administrative buildings, under the article "terrorist attack."

On the eve of the anniversary, Ukrainians marked the Day of resistance to Crimea occupation holding a March of Solidarity with the Crimean Tatar people.

Read alsoChubarov: Up to 20 Crimean Tatars detained in occupied Crimea on TuesdayIn Paris, about two dozen people took to the streets with Ukrainian flags chanting: "Crimea is Ukraine." Hundreds of people rallied at the Maidan in Kyiv, honoring the activists who came under repression by the occupation authorities.

UNIAN memo. After the introduction of its troops, Russia in March 2014 annexed the Ukrainian Crimea, having organized a "referendum" on self-determination. The self-proclaimed Crimean "authorities" stated that 96.77% of people voted in favor of Crimea's accession to Russia. On March 18, the Kremlin signed the so-called "Accession Treaty" regarding Crimea and Sevastopol. Western powers have not recognized the annexation of Crimea and introduced a series of economic sanctions against Russia.