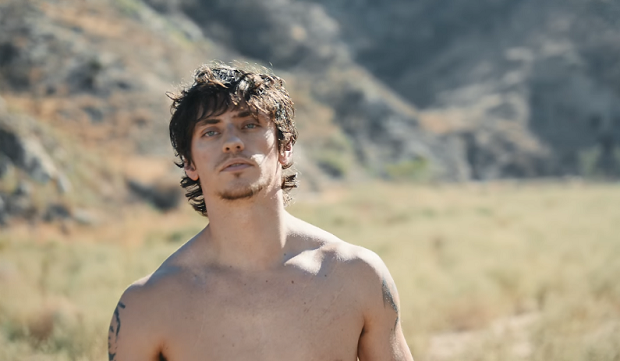 Now a new film, Dancer, due to open in Britain on Friday, documents how the tattooed 'bad boy of ballet' came to be one of the best dancers of his generation, Reuters reported.

Polunin himself, meanwhile, has set up a company to bring dancers together to perform and help them avoid the stresses he faced.

Polunin, whose demons almost ended his ballet career, wants Project Polunin to help dancers better manage anxiety and prevent burnout. Advice includes employing a team of managers, agents and advisors and working independently of a theater company, as many actors and singers do.

"We are trying to give dancers a platform away from daily work where they can be artists, that's what it's about," Polunin said in an interview with Reuters. "It's about having fun, it's about creation, it's about developing yourself as an artist."

Read alsoUkrainian ballet dancer Sergei Polunin stars in Diesel's Make Love Not Walls campaign – mediaBorn in Kherson, Ukraine, Polunin moved to London as a young teenager to join the Royal Ballet, speaking not a word of English. He later became the ballet's youngest ever principal dancer at the age of 19.

"Dancer", directed by Steven Cantor, showcases his talent for and troubled relationship with dance, his attempt to end his career and the personal transformation that eventually saw him overcome his demons and stay the course as a ballet dancer.

"I thought I will do the documentary, I will show my best dance and I will move on to a different industry," Polunin said.

"I wanted to apply to an acting school, and then something happened. I realized that I cannot just walk away from it. Something keeps me, something hasn't been done yet."

Polunin will perform in a series of ballets put on by Project Polunin at the Sadler's Wells theater in London, from March 14 to March 18.

He is also pursuing an acting career and is set to play a supporting role in the film 'The White Crow', about the life of legendary Russian ballet dancer Rudolf Nureyev, to be directed by British actor Ralph Fiennes and based on the book by Julie Kavanagh.