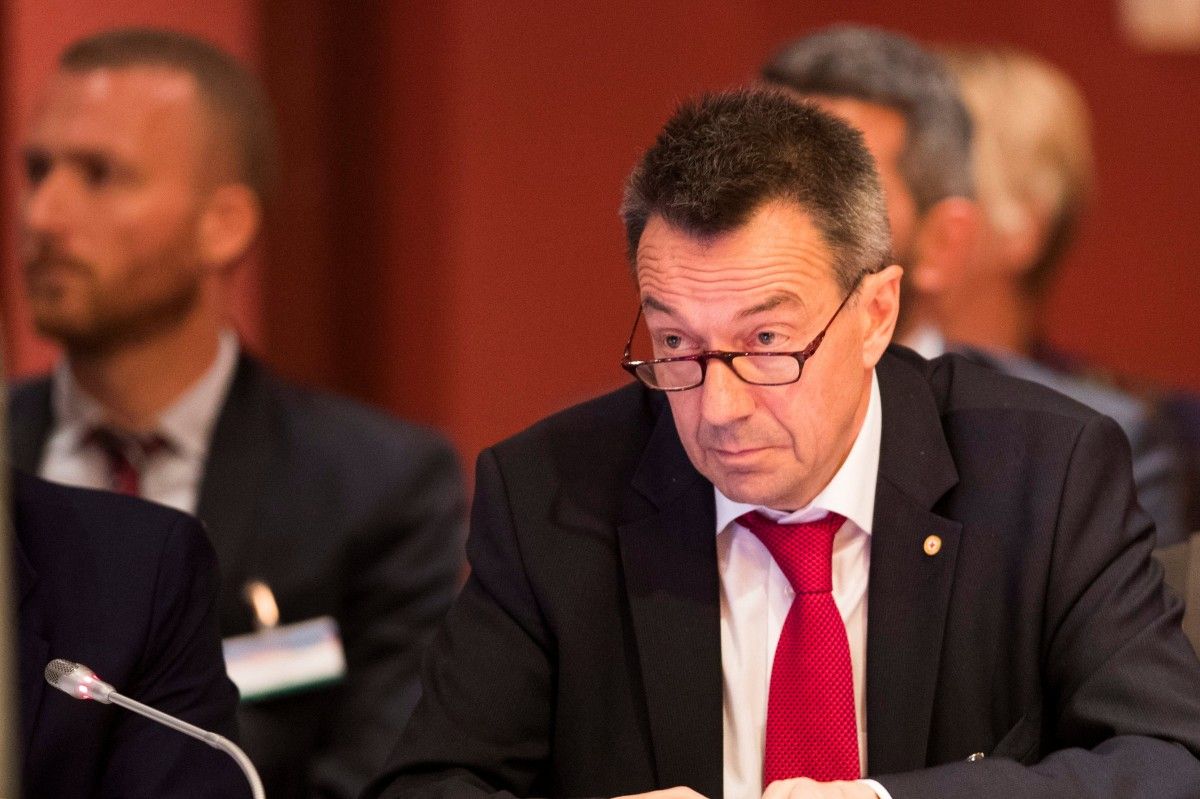 "Hundreds of thousands of people are living under the perpetual threat of shelling, shooting, and landmines. Their access to basics like food, water and electrical power has been dramatically curtailed," said Mr. Maurer, the ICRC reported.

"The functioning of the Donetsk water filtration station, on which tens of thousands depend, has been repeatedly disrupted as a result of the fighting. Only last week, it stopped functioning for several days and our teams began trucking in water, supplying nearly 150,000 liters in under a week," said Mr. Maurer. He reiterated the ICRC's call for a series of "safety zones" to be established to better protect critical water, gas and electricity installations on the front line.

On top of the threat posed to civilians by the rise in hostilities and the poor living conditions many are experiencing, the ICRC is concerned that people's ability to move around is being severely constrained, due to the difficult situation at the crossing points. Mr. Maurer called for "concerted action" to be taken to improve the situation for civilians trying to cross the line of contact. They often have to wait for many hours exposed to heat, cold and the threat of shelling and landmines.

Read alsoICRC head arrives in UkraineDuring his visit, Mr. Maurer met the president of Ukraine, Petro Poroshenko, and other senior Ukrainian government officials. He also met with local representatives of other districts of the Donetsk and Lugansk regions.

Following his meetings in Kyiv, Donetsk and Luhansk, Mr. Maurer reiterated his call for ICRC delegates to be granted "systematic and unhindered access" to all detainees held in connection with the Ukraine conflict, on all sides.

In addition, Mr. Maurer spoke on the issue of people missing in connection with the conflict. "There are a large number of people – but no one knows exactly how many, perhaps between 1,000 and 2,000 – missing as a result of the conflict in eastern Ukraine. Finding answers and supporting their families is one of our priorities," he said.

"Our dialogue with the authorities on this issue has so far been very constructive. But we must not lose momentum. Having a means for the sides to share information on missing people will be key to resolving cases," added Mr. Maurer. The ICRC is ready to act as a neutral intermediary, between the sides, on specific humanitarian problems. It has adopted this role to help resolve a number of issues related to the water supply, detention and other key humanitarian concerns since the start of the Ukraine conflict.