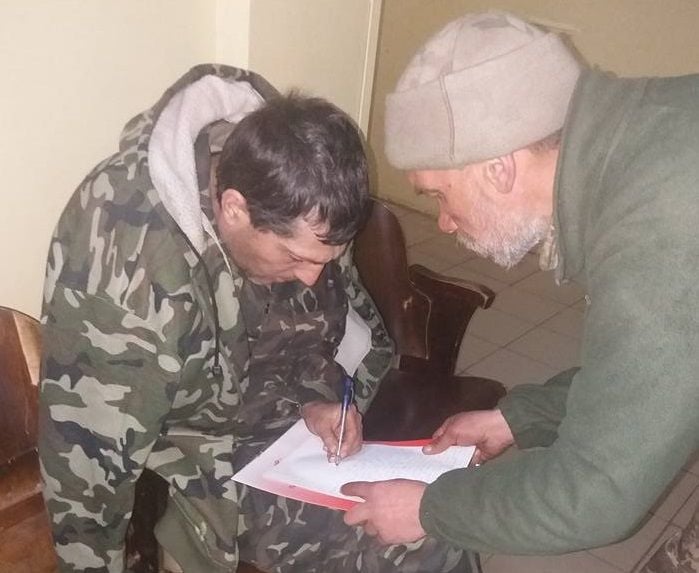 The whereabouts of all the detainees are known / Photo from facebook.com/dostali.hvatit

"According to the SBU Security Service of Ukraine, all detainees have been freed. We've managed to get into contact with six out of forty-six. All personal data from their mobile devices have been wiped. This complicates the search. According to preliminary information, the men were remanded in custody at police stations in the towns of Kostiantynivka, Druzhkivka, Selydove, Pokrovsk, Toretsk, Bakhmut," Deputy Speaker of Ukraine's parliament Syroyid wrote on Facebook in the early hours of Tuesday, March 14.

At the same time, she added that the "police that dispersed protesters in Kryvy Torets have not yet provided information about the cause of the detention and the identities of those who have been detained."

Read alsoNight rally on Kyiv's Maidan (Photos)MP Semen Semenchenko, in turn, reported that the whereabouts of all the detainees are known.

"The whereabouts of all the men are known. These are police stations and first-aid stations in Selydove, Kostiantynivka, Druzhkivka. We're on our way. It appears that those scoundrels have already resumed the train service for their 'friends' in the so-called [Donetsk People's Republic] 'DPR,'" he wrote.

"They have released the 'dangerous terrorists' and abandoned them in an unknown town. Most of them have been left without money and papers. All injuries have been documented, a group of investigators has been called," he added.

Later, the law-enforcement agencies announced they had detained 43 men for interrogation in a criminal case.