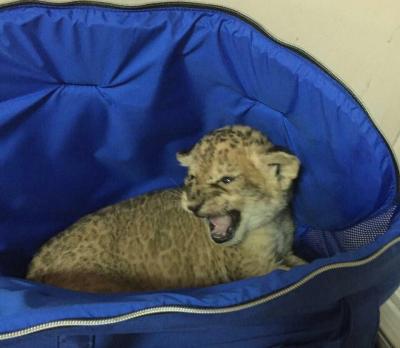 Border guards detected the cub in a bag hidden among cages of parrots, as reported by Global News.

The vehicle's three occupants — reportedly Turkish citizens — were traveling to Turkey with some 2,245 parrots and four cats, for which they had export permits.

One of the passengers took responsibility for transporting the lion, but could not provide relevant documents, officials said.

The one-month-old lion cub was taken to Odesa zoo.

Reports said the three are facing charges and would be prosecuted.