SBU elaborates on theory of assassination of counterintel colonel in Mariupol 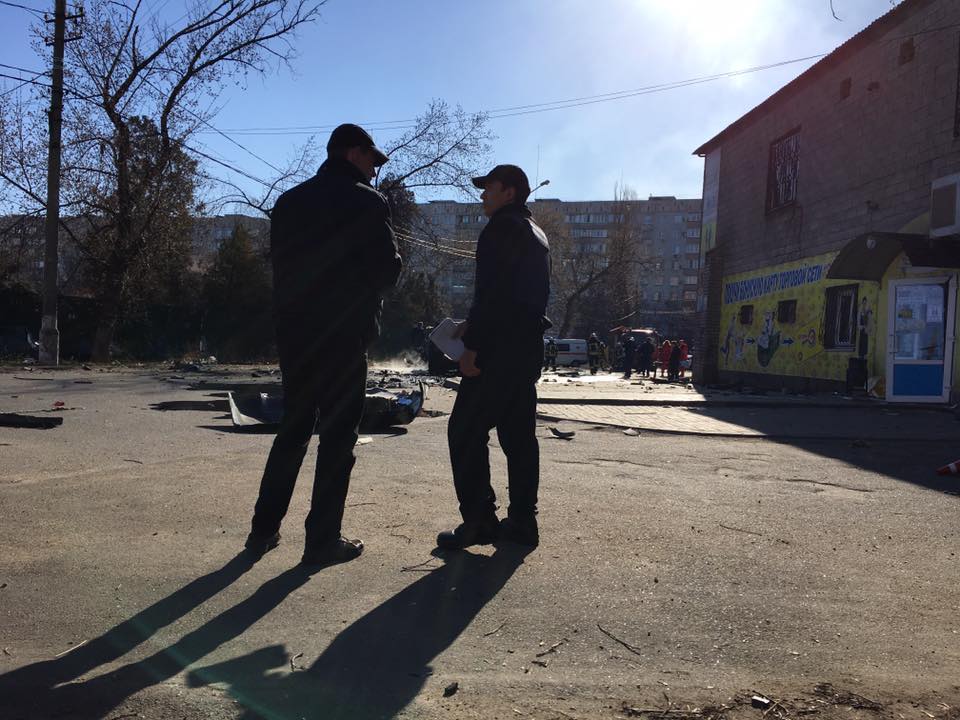 Kharaberyush, nom de guerre "Dushman" (Mujahid), a resident of Donetsk, was one of the best counterintelligence officers / Photo from facebook.com/anton.simanchiuk.50

"It's a matter of honor for the SBU to find those who have committed an act of terror against our officer," SBU chief Vasyl Hrytsak told the press during the funeral at Mariupol's Starokrymske cemetery on Sunday, April 2.

The major theory behind the murder is his professional activity. "We've got theories, we've got suspects," Hrytsak said.

The SBU chief praised Kharaberyush as one of the best members of Ukraine's counterintelligence agency.

"When we reported to the president about this colonel's merits, he immediately decided to award the Order For Courage, 1st class, to Kharaberyush," he said.

The award was handed over to the father of the deceased.

Read alsoSBU counterintel operative blown up in his car in MariupolAs UNIAN reported earlier, Kharaberyush was killed in a blast of a car in Mariupol on Friday, March 31. He died on the spot. Police deemed the incident a terrorist act. Criminal proceedings were launched.

"One of the theories of the blast is involvement of an organized sabotage and reconnaissance group of 'DPR' terrorists," Donetsk region's police chief, Vyacheslav Abroskin, commented on the incident.

The Ukrainian side does not rule out Russian special services' involvement.

Kharaberyush, nom de guerre "Dushman" (Mujahid), a resident of Donetsk, was one of the best counterintelligence officers, according to his co-workers. His professional record numbers about 80 detentions of Russian agents and terrorists, in most of the operations he participated in person. He played a key role in exposure of three notorious traitors from the SBU's Donetsk branch, namely SBU General Oleksandr Tretiak. The latter, being recruited by Russia's  intelligence, defected to the self-proclaimed Donetsk People's Republic.

Kharaberyush participated in a successful operation to capture the "Mangust" (Mongoose) sabotage group whose members attacked Mariupol's police department and provoked mass riots in the city on May 9, 2014, which resulted in numerous casualties, including among civilians.

If you see a spelling error on our site, select it and press Ctrl+Enter
Tags:News of UkraineSBUcounterintelligenceterroristHrytsak