Bohatyryova says it’s mean to write about her diamond watch 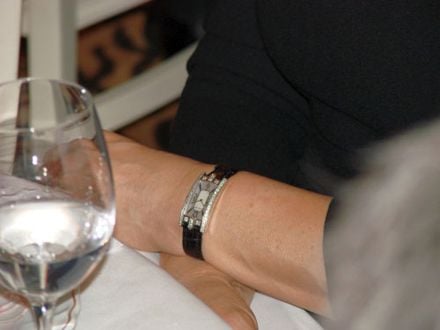 The accessory on the hand of an official from one of the poorest European countries looked quite absurd in the interior of “worn-out” Europe, where many generations of politicians paid with their jobs for love to luxury not based on their official income, Ukrayinska Pravda reports.

Another inadequate step of Bohatyryova, the web-edition reads, was her demand to an UP journalist not to pay attention to her luxury watch.

“To wear such a watch here is a must. Let’s not write about it because it’s not interesting and mean”, the Ukraine’s Security Chief said to an UP journalist.