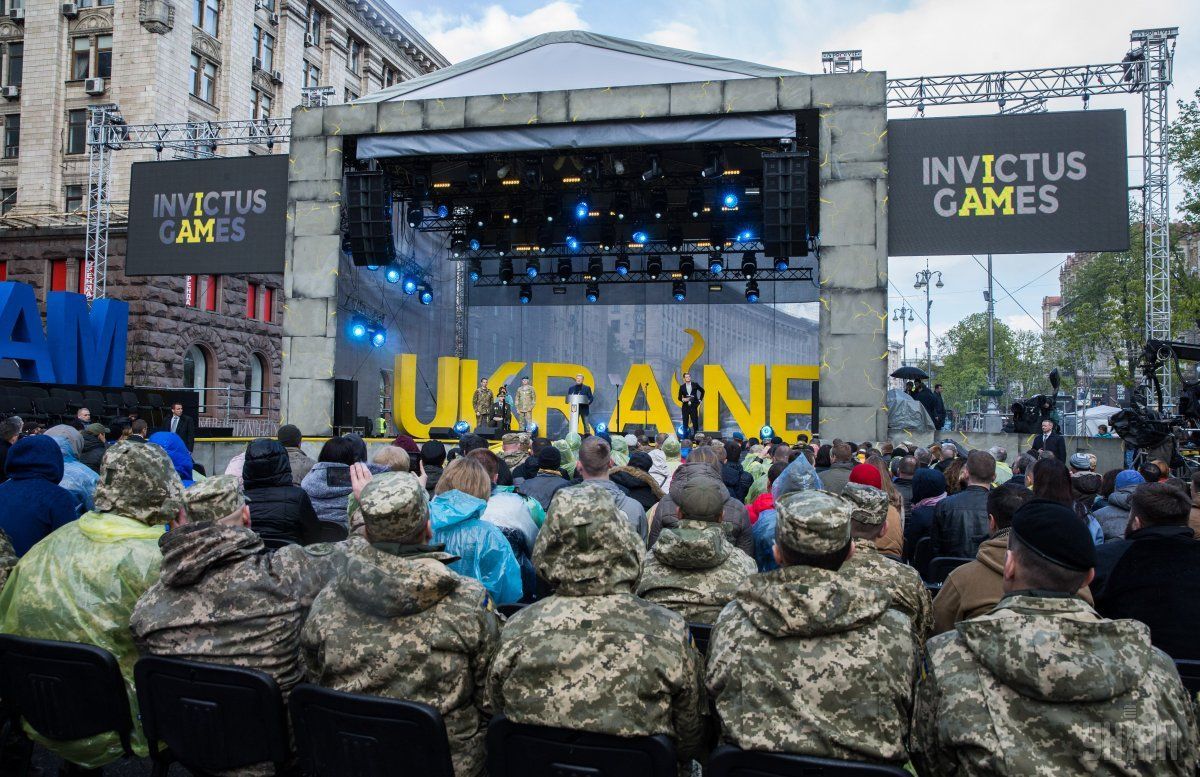 "An extremely important event takes place today - Ukraine takes part in “Invictus Games” for the first time. I prefer Ukrainian name of this competition, for our nation is unconquered, our people is unconquered and our state is unconquered. That is why it is completely natural that today we choose the best of the best who will decently represent our state in Canada in September," Petro Poroshenko said.

The President commended the initiative of "Ukrainian Invictus" on the establishment of centers for psychological rehabilitation, "for them to support demobilized wounded warriors with their positive energy demonstrating how important it is to stay together and not to give a single chance for the enemy to destabilize the situation both on the frontline and inside the country." "I am very grateful for this initiative and cordially welcome it," the Head of State emphasized adding that programs of rehabilitation, including psychological rehabilitation, of Ukrainian warriors are being elaborated jointly with NATO trust funds.

The Head of State is confident that the Ukrainian team will demonstrate strength and invincibility of Ukraine, physical and moral power of Ukrainian warriors and extremely strong Ukrainian character to the world during the competition.

"I am convinced that achievements of our heroes will become a boost for people with disabilities to overcome obstacles and preserve self-confidence. They will be an example for every Ukrainian. I sincerely wish you a strong health, happiness, success and victories for the glory of Ukraine," the president noted.

Read alsoNATO sees Ukraine as valued partnerThe Invictus Games is an international Paralympic-style multi-sport event, created by Britain's Prince Harry, in which wounded, injured or sick armed services personnel and their associated veterans take part in sports including wheelchair basketball, sitting volleyball, and indoor rowing. Named after Invictus, Latin for "unconquered" or "undefeated" the event was inspired by the Warrior Games, a similar event held in the United States.

This year, the competition will be held in Toronto, Canada, where 550 troops from 17 countries will take part.

If you see a spelling error on our site, select it and press Ctrl+Enter
Tags:News of UkrainePoroshenkoUkraineNATOrehabilitation