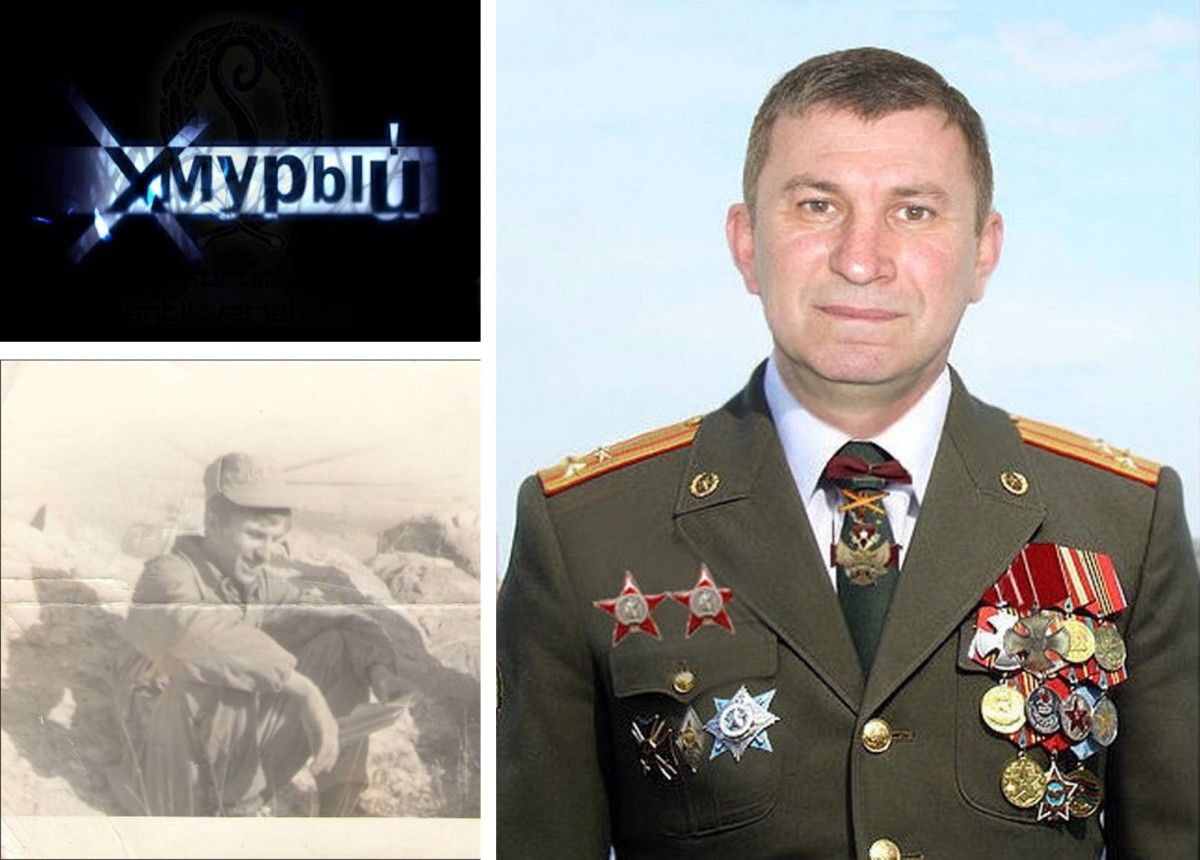 Kanygin has presented evidence of a veteran reconnaissance officer of the Soviet-Afghan war (1979-1989) who has recognized that the voice on SBU records, which is said to be Khmuryi's, belongs to his former comrade-in-arms, now colonel of the Russian army Dubinsky, Novaya Gazeta wrote in its investigative material titled "Khmuryi's Voice" published on April 24.

What is more, the analysis of the records conducted by Swedish specialists at the newspaper's request confirms the high probability that it is Dubinsky's voice.

Dubinsky is said to be tasked with the relocation of the Russian-made Buk missile complex used to shoot down Malaysia Airlines Boeing 777, which was en route from Amsterdam to Kuala Lumpur with 283 passengers and 15 crew members on board. All of them died in the incident.

Read alsoMH17 case: Bellingcat spots possible organizer of relocation of deadly Buk (Photo)In September 2016, an international team of criminal investigators said they had evidence that showed the Buk missile had been brought in from Russian territory. The team included experts from Malaysia, the Netherlands, Belgium, Australia, and Ukraine. Russia abstained from the investigation.

The journalist used Khmuryi's phone calls initially intercepted by the SBU Security Service of Ukraine on the day of the incident, July 17, 2014, and later published by the Joint Investigation Team, which were labelled by the official Moscow as "fakes from the Internet."

"The Novaya [Gazeta] managed to find the man who has confirmed that it was Khmuryi's voice on the records. Serhiy Tiunov [pronounced as 'tea-oo-nov'], the leader of the self-defense force of [the Ukrainian city of] Zaporizhia and a veteran of [the Soviet] Afghan war recognized his comrade-in-arms, Russian Colonel Sergey Dubinsky, nom de guerre Khmuryi," the article writes.

In an exclusive interview with the Novaya Gazeta, Tiunov, 50, who worked as a lawyer before the Donbas war started, says that he was a friend with the former head of the GRU [Main Intelligence Agency] of the self-proclaimed Donetsk People's Republic ("DPR") Dubinsky and even discussed the MH17 tragedy with him during their two meetings afterwards.

According to Kanygin, when he found Tiunov, the latter was not eager to talk about Khmuryi – he had kept it secret for 2.5 years that he knew the person who was involved in the MH17 case.

"In the late 1980s, Tiunov and Dubinsky served in the reconnaissance company of the 181st regiment in Afghanistan. In the first months of the war in Donbas, Tiunov was able to free several dozen Ukrainian soldiers from captivity in Donetsk thanks to his acquaintance with Dubinsky. Tiunov claims he fears for Dubinsky's life, who, as he believes, is a key witness in the case of the MH17 crash and can shed light on the circumstances of the tragedy, disclose the names of those who ordered to attack the passenger liner and are directly responsible for the death of the people," the article reads.

Tiunov unveils some details of Dubinsky's past and recalls two meetings with him after the MH17 tragedy and their talks.

Dubinsky had been a retired Russian officer for almost a decade when two friends met outside Donetsk in April 2014 shortly before the war began. Dubinsky did not support the Revolution of Dignity in Ukraine and went to fight for the "DPR" in May 2014.

Tiunov told Kanygin in flashbacks that the two veterans had not communicated during the Afghan war. They became friends only late in 2010 while communicating on a newly created Internet forum for war veterans. In 2011, they met when Dubinsky, who had been deputy commander of the reconnaissance company in Afghanistan, invited two Ukrainian veterans – Serhiy Tiunov and Volodymyr Vorotylov – to the village of Velyka Novosilka in Donetsk region on August 8 to celebrate his birthday together.

Dubinsky settled down in Donbas in 2004 when he retired from the Russian army being in the rank of colonel after his service in Chechnya.

Tiunov describes his first meeting after the MH17 downing when he met with Dubinsky in October 2014 to release Ukrainian soldiers captured by "DPR" militants: "On the one hand, the trip seemed to be deadly, all my nerves were on edge. On the other hand, I knew who I was going to, and he could not let me down, [he] gave his word. Afghan [war veterans] keep their word."

Khmuryi appeared being escorted by the guards defined by Tiunov as Chechen commandos. The prisoners were loaded onto a bus. Tiunov and Dubinsky stepped aside to talk. "You see how life has turned out, Seryozha [a hypocoristic of Serhiy]," Khmuryi said. "In Afghanistan, we were fighting on the same side, but now we are fighting against each other. I do not understand why you are for the 'junta' [the description of the Ukrainian authorities used by Russian propagandists after the Revolution of Dignity]."

"I couldn't but respond: it was you, criminals, who downed the passenger plane!" Tiunov recalled in flashback. "I saw on his face – it got to him, he took it personally. [He] said: 'You don't think that I did it [on my own], do you?' And then he pointed his finger up: 'The freaks from Moscow did it!'"

Ukrainian soldiers from Zaporizhia were then released without any counter demands. The "DPR" announced officially that the release was a goodwill gesture dedicated to the anniversary of the liberation of Zaporizhia from Germany's Nazi army during World War II.

The other swap took place in November 2014. Tiunov wanted to take back captured Donbas Battalion volunteers, yet, "DPR" militants did not want to do it "for free" and asked two of their members in exchange for five Ukrainian volunteers. During their second meeting, Dubinsky started to deny any involvement in the MH17 tragedy, blaming a made-up Ukrainian pilot of a SU jet [a theory widely disseminated by Russian propagandists after the incident].

Tiunov claims he has not seen Dubinsky since then.

When Kanygin asks Tiunov to identify Dubinsky's voice on the SBU's records and verify it in front of the video camera, the Ukrainian veteran says: "Let me put it this way: the person from the records of the SBU calling him Khmuryi is similar to Dubinsky [in voice]. I can admit it's him."

The Novaya Gazeta hired the Institute of Neuroscience and Physiology, the University of Gothenburg, to compare the voice on the SBU records and the one recorded by Kanygin during his telephone conversation with Dubinsky. The analysis was carried out by the Voxalys laboratory, which conducts forensic examinations by order of the prosecutor's office, police and courts of Sweden.

The conclusion was the following: "+2. The results of the examination support that the compared speech material originated from the same person." The mark "+4" would correspond to the highest degree of the similarity, while "-4" would mean the lowest degree, with "0" being the neutral indicator showing that experts were unable to determine any similarity or difference.