In a very important battle for the IBF, WBA, IBO heavyweight titles, a record crowd of 90,000 fans saw Anthony Joshua (19-0, 19 KOs) get off the floor, score three knockdowns of his own, to stop Wladimir Klitschko (64-5, 54 KOs) in the eleventh round, Boxing Scene reports. 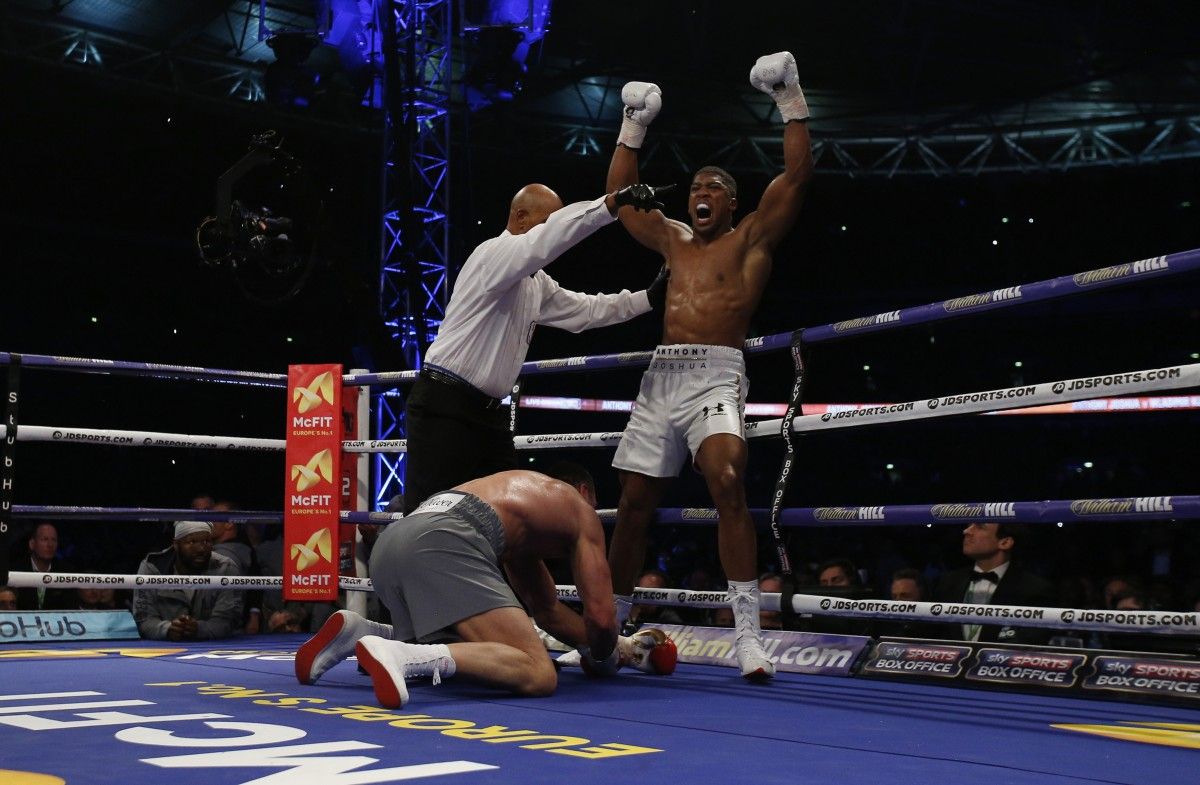 Coming into this contest, Klitschko competed in 28 world title fights and is the second longest reigning world champion in history, according to Boxing Scene.

The 41-year-old fighter has been out of the ring since losing a twelve round decision to Tyson Fury in November 2015. There was a rematch clause exercised by Klitschko, but Fury withdrew from two scheduled dates and eventually vacated his WBA, WBO, IBO world titles to focus on his mental health issues. The vacant WBO title was acquired last December by New Zealand's Joseph Parker with a twelve round decision over Andy Ruiz.

Joshua attacked Klitschko with a big variety of punches to drop him, and cut him, early in the fifth round. Klitschko was in trouble, but he managed to recover and started tagging Joshua with punches to get the young lion in some trouble. Klitshcko worked him over for most of the final minute.

Joshua looked tired at the start of the sixth, likely after throwing so many punches while trying to finish Klitschko off a round earlier. Klitschko was coming on and then drilled Joshua down with a huge hook. It was the first knockdown of Joshua's career. Klitschko was unable to finish him off.

Read alsoUsyk, Lomachenko defend boxing titlesAt the start of the eleventh, Joshua came out firing big shots and then landed a huge combination to send Klitschko down for a second time. Another big combination landed to send Klitschko down for a third time and it likely could have been stopped, but the referee allowed the fight to continue. Joshua was busting Klitschko up against the ropes and the referee waved off the fight.

"I think it was a good fight and I think that the audience, the fans did enjoy it. I wish I were a winner in tonight’s contest. AJ did a good job. He was trying, he was focused," Klitschko told a post-fight press conference, adding that he respects the referee's decision to stop the fight.

Answering a reporter's question on whether he plans to appeal for a rematch, Klitschko said it was "too early to consider" such a move.

If you see a spelling error on our site, select it and press Ctrl+Enter
Tags: #News of Ukraine#Klitschko#Joshua#photos
Latest news