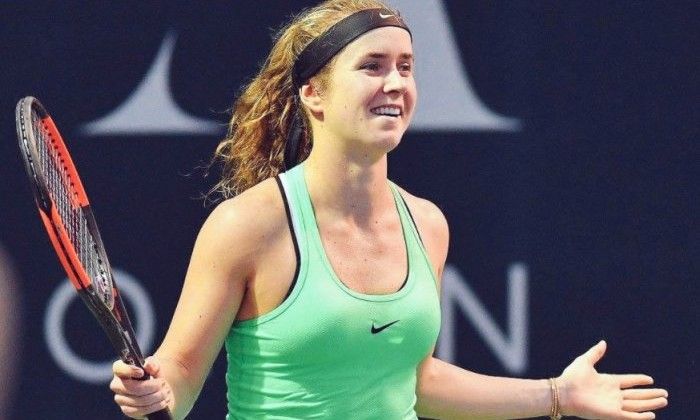 "This was something very different," she said in her post-match press conference. "Last time I played on clay, I got injured in the early part of the season, so it was difficult for me to come back on this surface and trust my body and my legs. This year, I prepared better, took more time off, and I was very happy that physically, I could make it through this week."

"Clay is very tough, and it can kill your body if you're not prepared."

Read alsoKlitschko loses epic fight to Joshua at Wembley (Photo)Svitolina started the season with titles at the Taiwan Open and the Dubai Duty Free Tennis Championships, but Istanbul has special significance for the Ukrainian youngster, who won her first singles title of any kind in this very city – at a 10K ITF Challenger.

"I was trying to take it match by match, and have it in my mind that I need to be 100% each match, because the girls are even more motivated to beat you when you're the No.1 seed. There's extra pressure on me as well, and so I had to put it all behind me and think only of myself. People expected me to win, so that's tough, but it can also be good for your confidence."

The win maintains Svitolina's spot among the Top 8 on the Porsche Race to Singapore leaderboard, but she insists she's not thinking too much about making her debut at the BNP Paribas WTA Finals Singapore presented by SC Global.

"It's not even halfway through the season! I don't want to put any pressure on myself. It's the goal to qualify for Singapore, but I'd also be happy to finish the year Top 15, because I'm happy on the court with myself and my game."

Meanwhile, it was also a stellar week for Mertens, who discovered her clay court form through a winning Fed Cup weekend, leading Belgium to a 3-2 win over a tough Russian team and reaching her second career final after earning her maiden title back in January at the Hobart International.