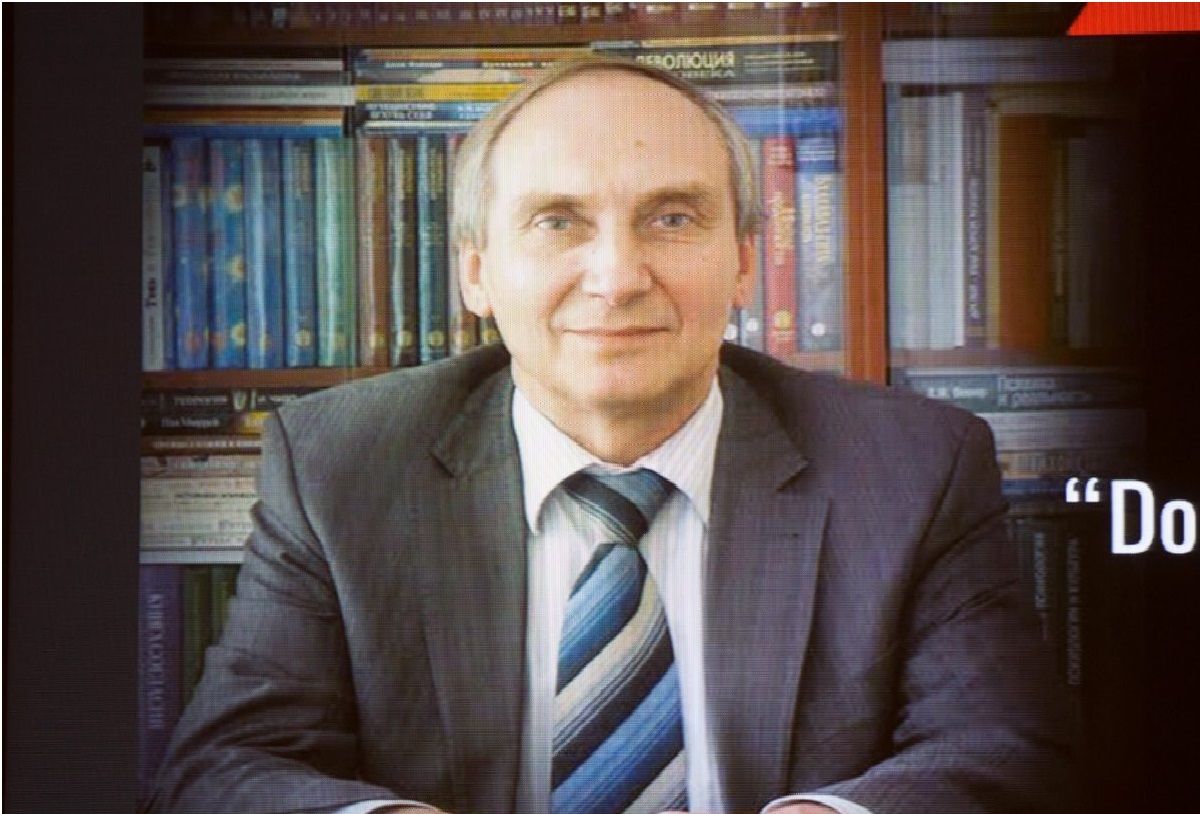 The 63-year-old religious scholar was 'convicted' by a DPR military court of possession of two grenades which were purportedly 'found' in his flat. The grenades and charges emerged in this case long after Kozlovskyy had been taken prisoner on January 27, 2016, the KHPG reported.

According to Kozlovskyy's younger son, Oleksandr, the 'DPR military tribunal' provided the sentence demanded by the militants' military prosecutor – 2 years and 8 months. Even had the charges been possible to take seriously, the 'sentence' would still be brutal. No consideration was taken of Kozlovskyy's age nor the fact that he is caring for his elder son who has Down Syndrome and is also confined to a wheelchair. It was because of his son's special needs that Kozlovskyy remained in Donetsk after the city came under militant control. It is a further reason why the suggestion that the academic could have been holding grenades on the bookcase in his own home is insultingly absurd.

Kozlovskyy says that the 'court' justified the harsh sentence by claiming that the academic was ideologically unsound "since he had had contacts with several organizations banned in the DPR, including members of the Svoboda party in 2014."

Kozlovskyy was taken prisoner in Donetsk on January 26, 2016. The militants turned up and without any explanation, took Kozlovskyy, computers and numerous documents, etc. away (and no grenades!). Not only was Slava (Sviatoslav) left alone, unable to understand what had happened to his father, but they also removed his documents, meaning that it was only in October 2016 that the family were finally able to rescue him. He is in a desperate state, clutches hold of photographs of his father and keeps asking when he's coming home.

Kozlovskyy was one of a number of Ukrainians seized around that time, including a young civic activist Volodymyr Fomichov who had believed assurances of safety and come to militant-controlled territory to visit his family. The militants used the same claim about grenades against Fomichov, and almost certainly subjected him to torture.

Read alsoUkraine's envoy: Number of hostages in occupied Donbas grows to 127It has been claimed in Kozlovskyy's case that his arrest was connected with an attempt to blow up a statue of Vladimir Lenin in Donetsk. In fact, two well-known journalists – Alexei Matsuka and Denis Kazansky – had reported that the militants were carrying out a mass campaign seizing 'dissidents', those suspected of holding pro-Ukrainian views.

Ihor Kozlovsky is well-known both in Ukraine, and abroad. He was, for example, the President of the Centre for Religious Studies and International Spiritual Relations, and headed a center with the same title within the now dissolved Donetsk State Institute for Artificial Intelligence. He had been working at the Philosophy Faculty of Donetsk Technical University before the Kremlin-backed militants seized control of Donetsk in 2014.

Kozlovskyy was particularly active in promoting inter-faith dialogue, and it is probably no accident that his 'arrest' coincided with a staged demonstration outside the Ukrainian Greek-Catholic Church in Donetsk. The demonstrators, who had clearly been ordered to attend, held banners against what was termed 'sects', and called on militant leader Alexander Zakharchenko "to drive out sectarians", who were alleged to be Western-paid or even linked with the CIA.

While the 'grenades' first appeared in the story much later, the militants never really concealed the real grounds for the scholar's 'arrest'. In February 2016, Alexander Khodakovsky asserted that the highly respected academic might have been involved in what he termed "destabilizing the situation" and had had "multiple contacts with various organizations in Ukraine engaged in destructive activities here".

Prominent Ukrainians, such as Jamala, recently joined in an international flashmob #FreeKozlovskyy. The charges against the renowned religious scholar are grotesquely absurd, and further action is urgently needed to put pressure on the militants and Russia, which largely controls their actions, to let Ihor Kozlovsky return to his family. Or, as Slava Kozlovskyy asks, to save his father.

If you see a spelling error on our site, select it and press Ctrl+Enter
Tags:News of UkraineDonbasmilitantssentence