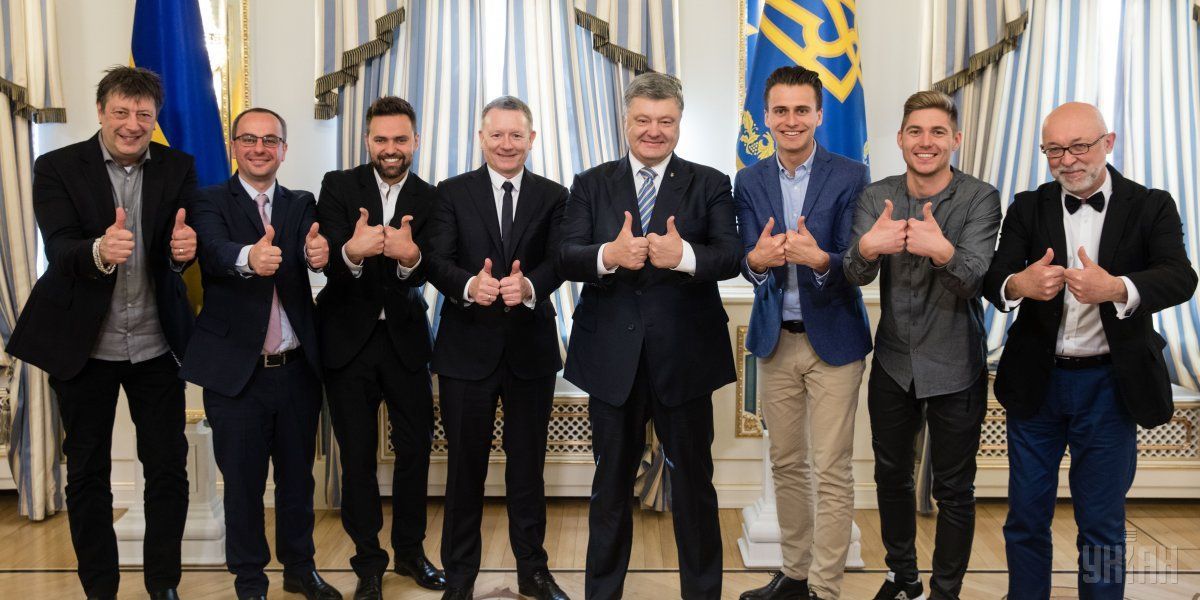 "My sincere congratulations to you all. The Eurovision 2017 was organized at a very high level. This is the result of a very efficient coordination and interaction of your and our teams," Poroshenko said, the report says.

The president thanked for the great work to prepare, organize and host the song contest at a proper level. "This is not only the issue of design and creative solutions but also the issue of ensuring security of the participants and guests. I am very glad that we managed to organize everything at a high level. This allowed our guests to feel comfortable. Thousands of people were engaged to create the positive image of Ukraine. And it seems to me we have succeeded," Poroshenko said.

Read alsoPortugal wins Eurovision 2017 trophy in Kyiv"It is a great pleasure that my team and my wife were involved in the contest. Maryna took part in the Eurovision opening ceremony, a great number of Ukrainian volunteers assisted in organizing and holding this wonderful competition," the president noted. He also expressed hope that thousands of foreign guests who visited Kyiv enjoyed the level of organization of the contest and hospitality of the Ukrainian capital.

"Despite Russian aggression and Russian occupation, Ukrainians and the Ukrainian authorities demonstrated their hospitality and made everything they could to organize a truly wonderful event," Poroshenko said and expressed gratitude to Ukrainian singer Jamala for having brought the Eurovision to Ukraine.

Supervisor of the Eurovision Song Contest Jon Ola Sand also noted the contest in Kyiv had been arranged at an extremely high level: "Each year we have certain negative feedback or complaints: either about transport or logistics, security or other aspects. But the Eurovision in Kyiv was held flawlessly. We didn't have any problems. Everything was organized by the Ukrainian party at the top level," he said.

Read alsoKyiv spends $1.9 mln on Eurovision securitySpeaking on behalf of the European Broadcasting Union, member of the EBU Administrative Board Pavlo Grytsak thanked the president for the wonderful organization of the contest. "This is a great international event with thousands of foreigners who visited Ukraine. One of the most popular shows with many challenges and risks, particularly in the sphere of security. And the fact is that a wonderful job was done for all journalists, contestants and fans to feel hospitality of Kyiv and stay in comfortable conditions. I am grateful to the Ukrainian government and to you, Mr. President, for a significant support," he emphasized.

"Despite concerns of skeptics about possible threats, I am proud that we have held this wonderful event. Nobody could stop us," the president noted and invited everyone to visit the UEFA Champions League Final that will take place in Kyiv in May 2018. 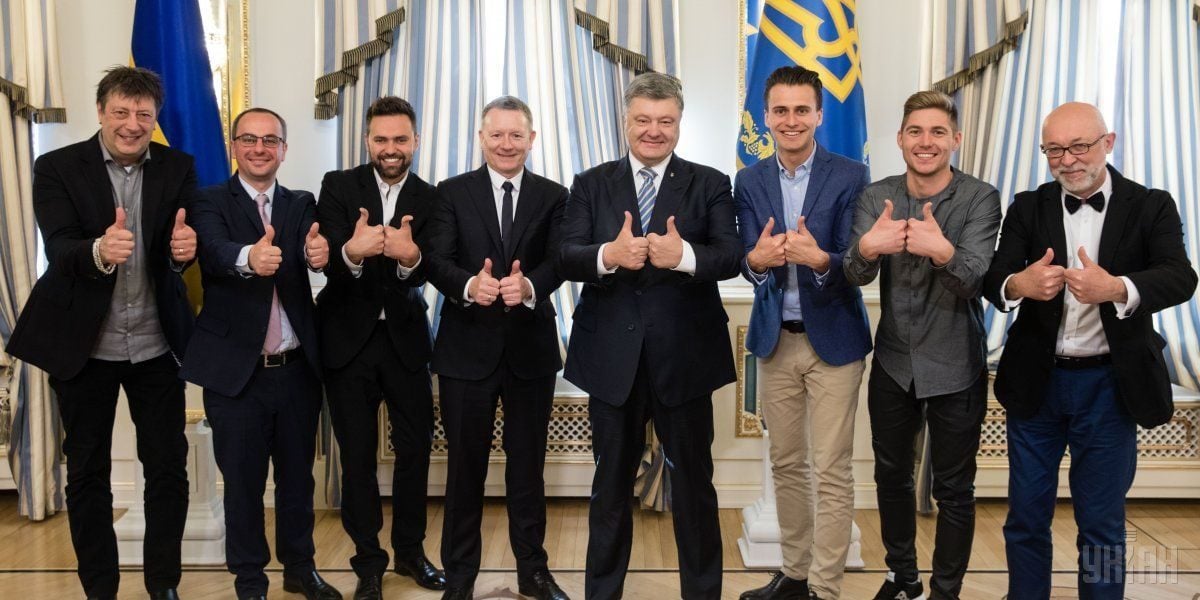 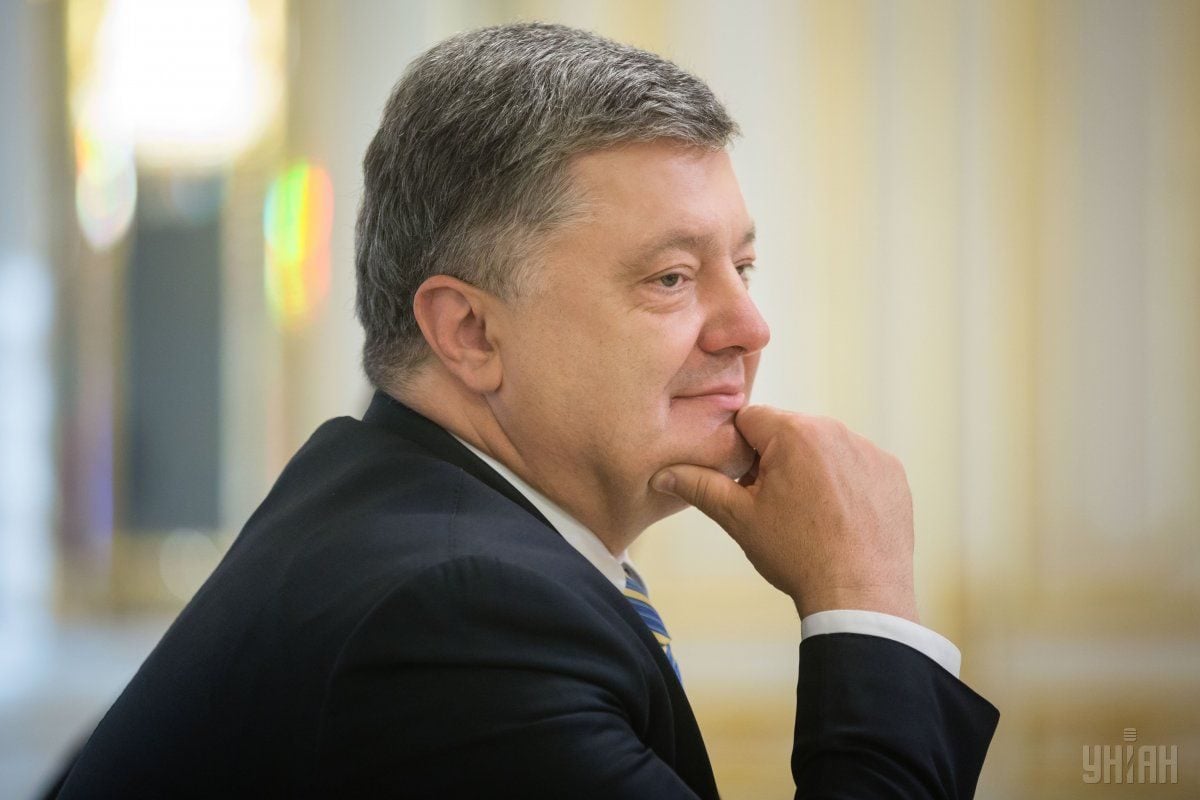 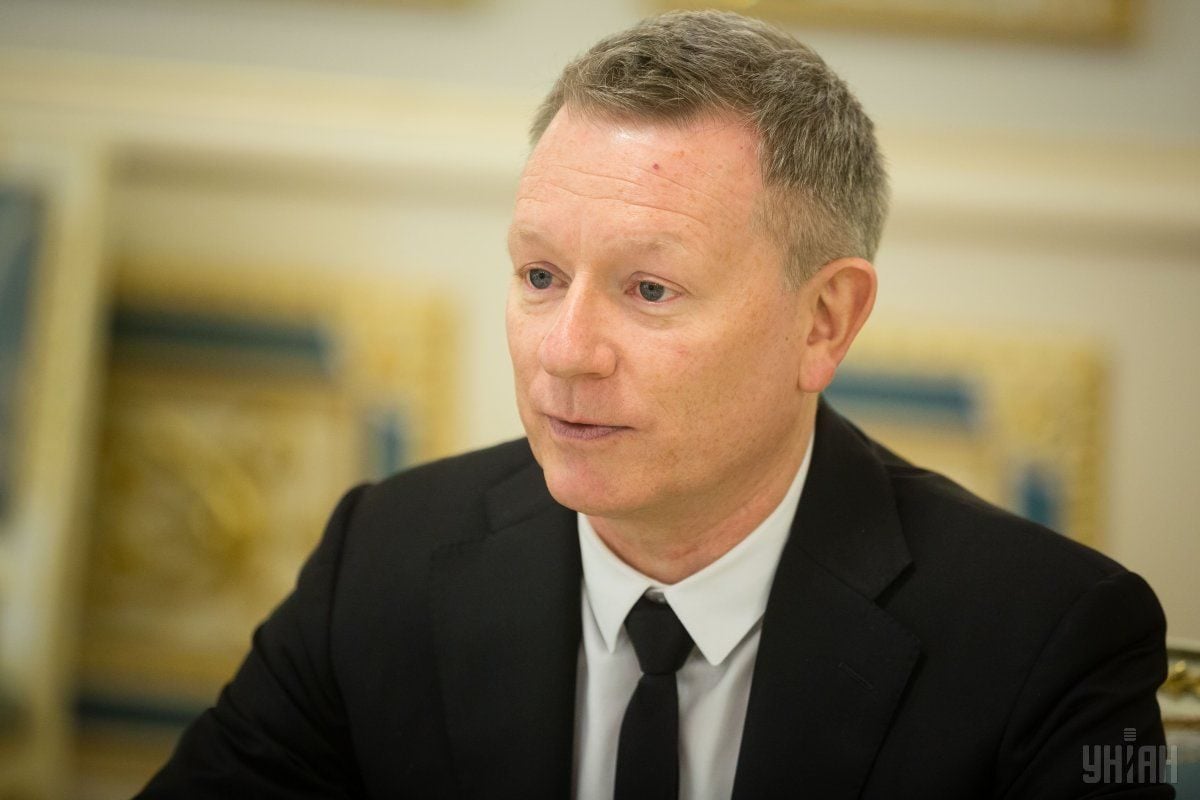 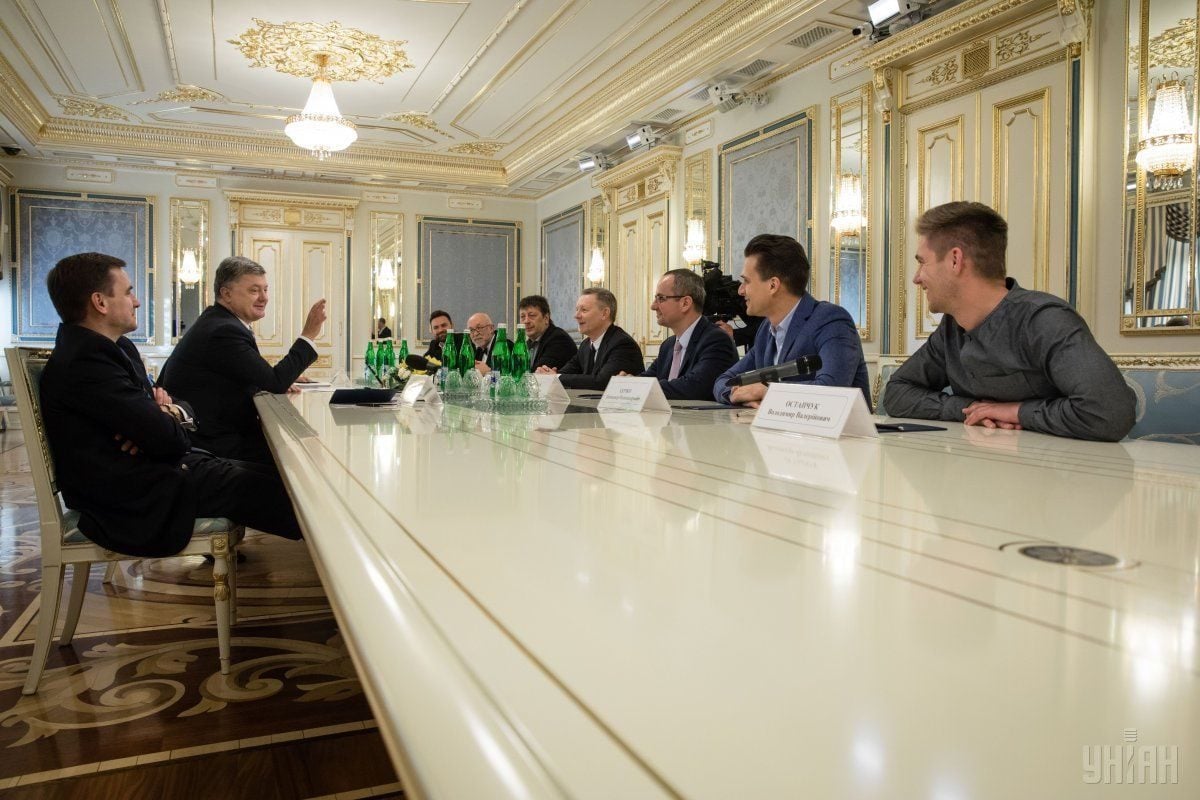 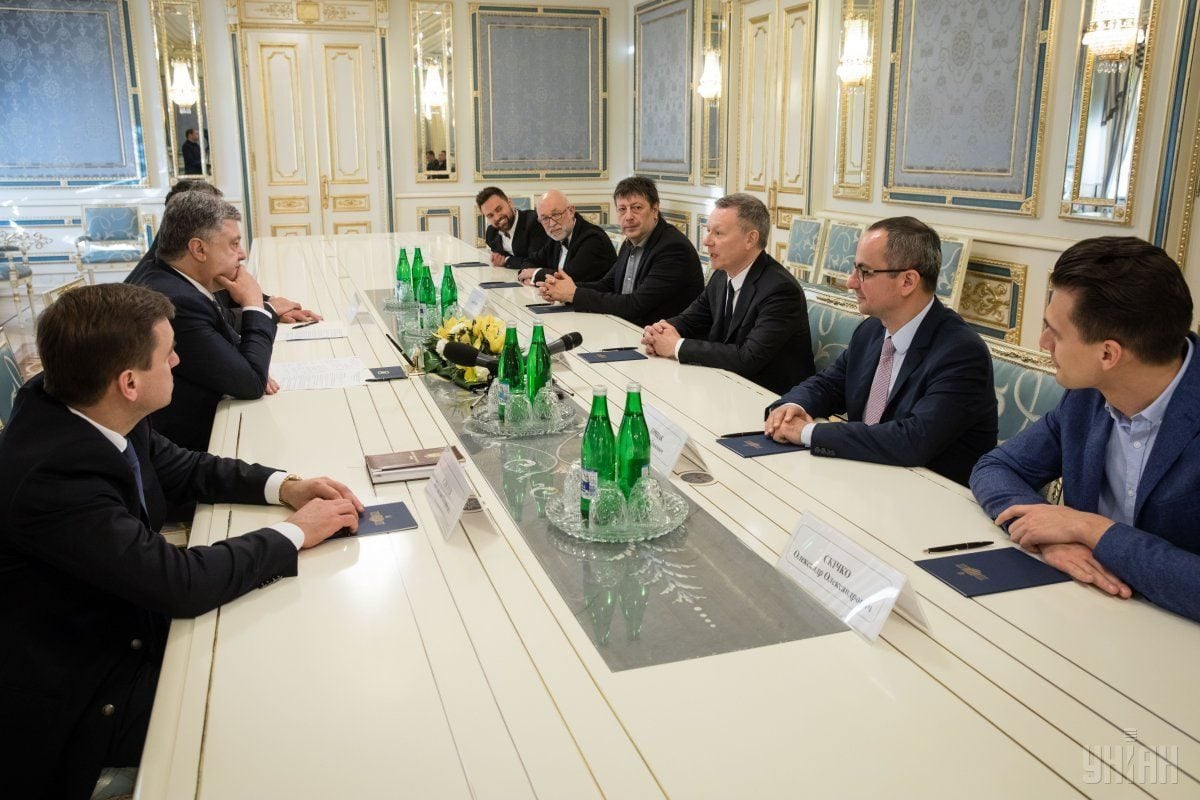 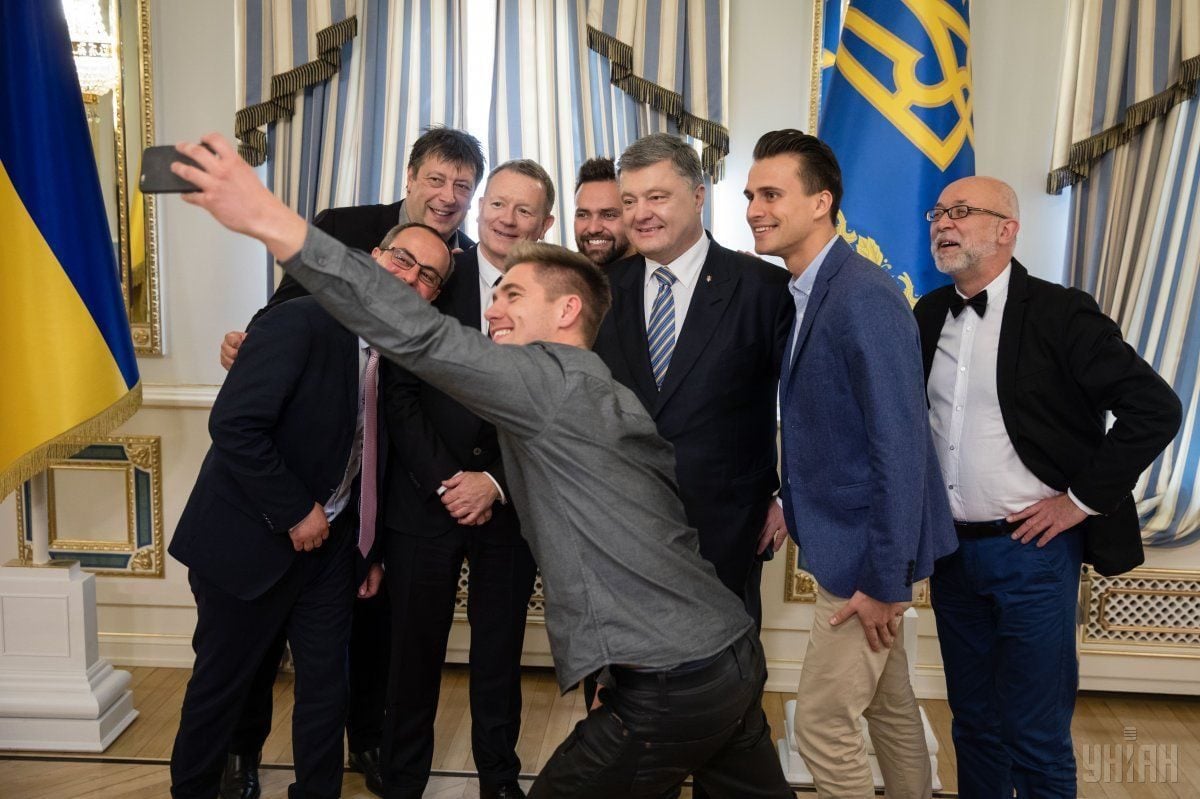 © UNIAN
If you see a spelling error on our site, select it and press Ctrl+Enter
Tags:News of UkrainePoroshenkoUkraineEurovision2017