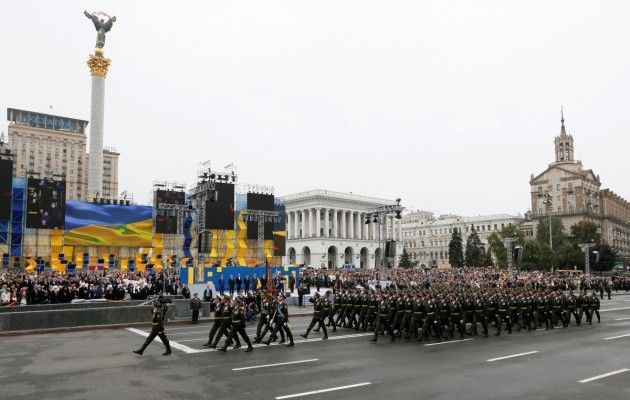 The plan provides for the ceremonies of а solemn hoisting of the national flag across the country to be held across the country, marking State Flag Day. On August 24, 2017, the Independence Day of Ukraine, a military parade on Kyiv’s Khreshchatyk Street and the Maidan [Independence Square] will be held.

Also, on the Independence Day, flowers will be laid in the City of Kyiv and other cities at the monuments and memorials to outstanding figures of the Ukrainian state, fighters for Ukraine's independence, victims of the Revolution of Dignity, and ATO troops.

In addition, Poroshenko suggests turning to religious organizations with a proposal to hold mass prayers for Ukraine on 24 August 2017. "The Ministry of Internal Affairs of Ukraine, the National Police of Ukraine, the Security Service of Ukraine, regional and Kyiv city state administrations shall take measures to ensure public order and public safety during the events on the occasion of the State Flag Day and the 26th anniversary of Ukraine's Independence," the decree says.

Read alsoPoroshenko names consolidation of Ukrainian citizens his priorityAs UNIAN reported, on August 24, 2016 the Maidan witnessed a solemn march of the troops from various units of the Armed Forces of Ukraine, the National Guard and other security agencies. Military equipment also passed through Kyiv streets.

For the first time since Ukraine’s Independence, military equipment drove through Khreshchatyk back in 1998.

If you see a spelling error on our site, select it and press Ctrl+Enter
Tags:News of UkraineUkraineindependencedaymilitaryparade