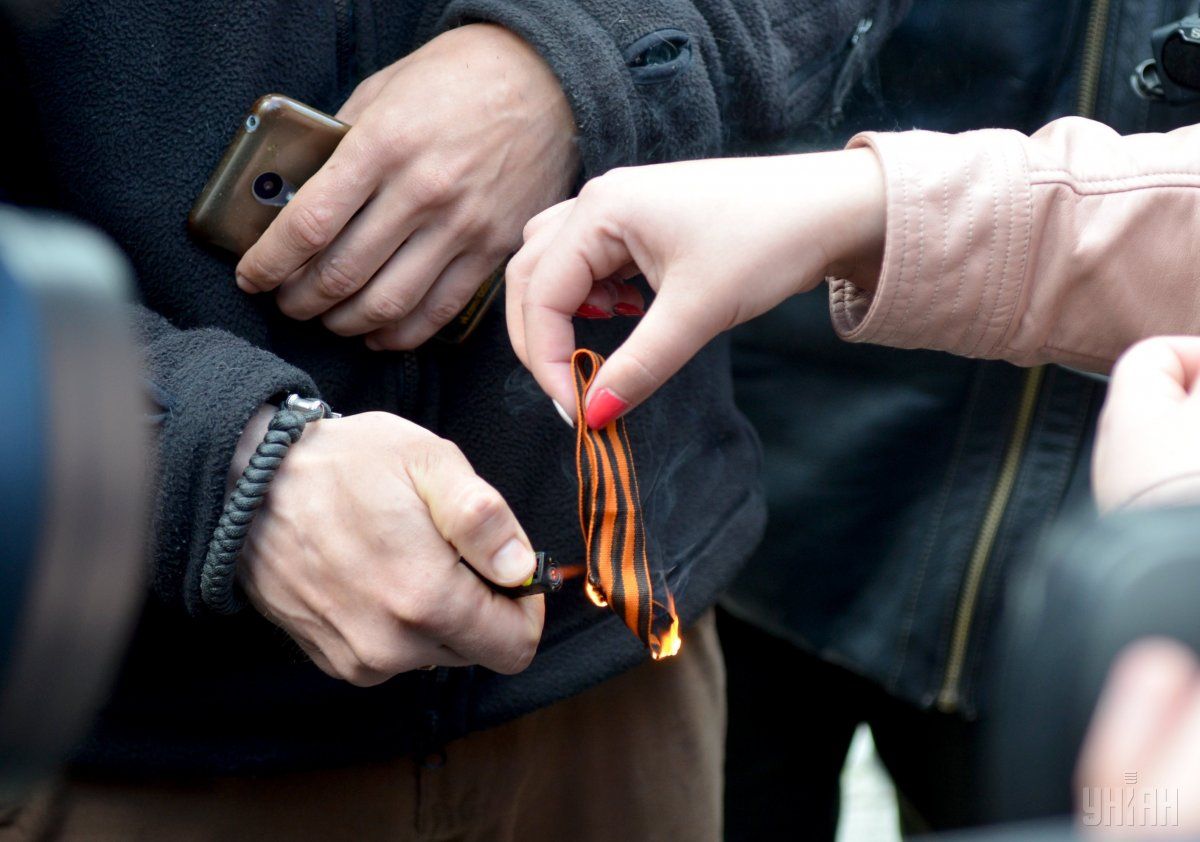 The Opposition Bloc cast no votes for the motion, an UNIAN correspondent reports.

The law introduces a fine of 50 to 150 non-taxable minimum incomes of citizens with the confiscation of the St. George ribbon or items containing its image, for public use, demonstration or wearing a tape or its image.

The repeated violation will result in a fine ranging from 150 to 300 non-taxable minimum incomes of citizens or an administrative arrest for up to 15 days, also with the said confiscation.

Read alsoMilitants attempt to attach St. George ribbons to OSCE SMM's vehicleThe explanatory note to the draft law notes that this includes exposing the ribbon during mass events (peaceful assemblies), images on posters, stickers, postcards, as well as wearing it on clothes, personal items, fastening on cars, using in modern works of art and by mass media.

MP Anton Gerashchenko said that the adoption of the law would contribute to "counteracting Russian aggression in Ukraine."

He stressed that "the so-called St. George ribbon has long become a symbol of Russian aggression against Ukraine."

Read alsoUkraine to block Russia propagandist media, social networks for three yearsAccording to him, the law provides for important exceptions for veterans of the war who have awards, containing a part of such ribbon, and also for museums.

He added that all these exceptions are stipulated in the law on the prohibition of national-socialist and Communist symbols.

"Thus, this law will tackle the attempts of Russian propaganda to split the Ukrainian nation, the Ukrainian people," Gerashchenko said.

St George ribbon, which is a reference to the Order of Saint George (Russian Empire’s highest combat award), was later widely used in Russia to informally symbolize the victory over the Nazis in World War II. However, following the Maidan uprising, the Revolution of Dignity of Ukraine, this symbol was widely used by counterrevolution forces and subsequently – by Russian-backed militants fighting against government troops in eastern Ukraine.

If you see a spelling error on our site, select it and press Ctrl+Enter
Tags:News of UkrainebanUkraine