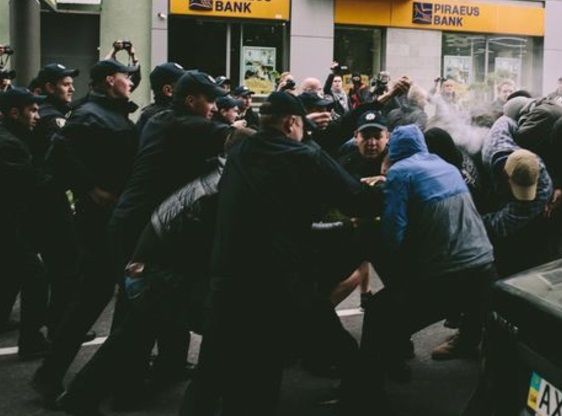 Law enforcement officials said on May 18 that two police officers were hospitalized after police tried to disperse a group of about 30 assailants in the center of the eastern city, RFE/RL reported.

Video footage from the May 17 violence showed young men dressed in black attacking activists and fighting with police officers, one of whom holds his hand to his bloodied head and says he was hit with a rock or a brick.

At one point, an assailant uses a cigarette lighter to torch a rainbow flag – a symbol of Lesbian, Gay, Bisexual, and Transgender (LGBT) rights – and holds it as it burns.

Read alsoHRW: Activists 'disappeared' in separatist territory in UkraineKharkiv police said on Facebook that four of the assailants were detained and could be charged with violence against law enforcement authorities.

They could face five years in prison if tried and convicted.

Organizers of the rally said they were attempting to draw attention to homophobia in society.

Several gay-pride parades have been banned in Ukraine in recent years, but authorities have sought to display more tolerance by permitting various LGBT events to take place and providing better protection.

The violence in Kharkiv, Ukraine's second-biggest city, came after Kyiv hosted the Eurovision Song Contest on May 9-13 – an event whose slogan this year was "Celebrate Diversity."

Tanya Cooper, a Kyiv-based Ukraine researcher for Human Rights Watch (HRW), told RFE/RL ahead of the pop competition that the slogan "sounds hollow in a country where LGBT people still do not enjoy equal protection under law and in employment." 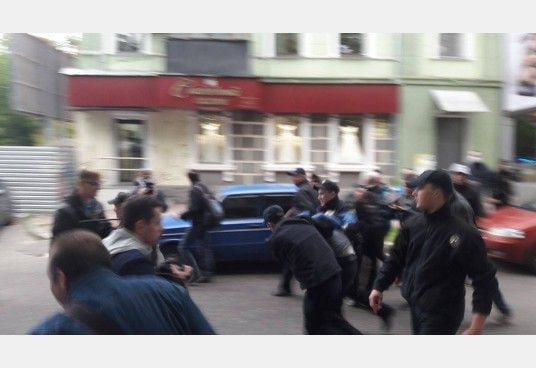 atn.ua
If you see a spelling error on our site, select it and press Ctrl+Enter
Tags:News of UkraineKharkivLGBT