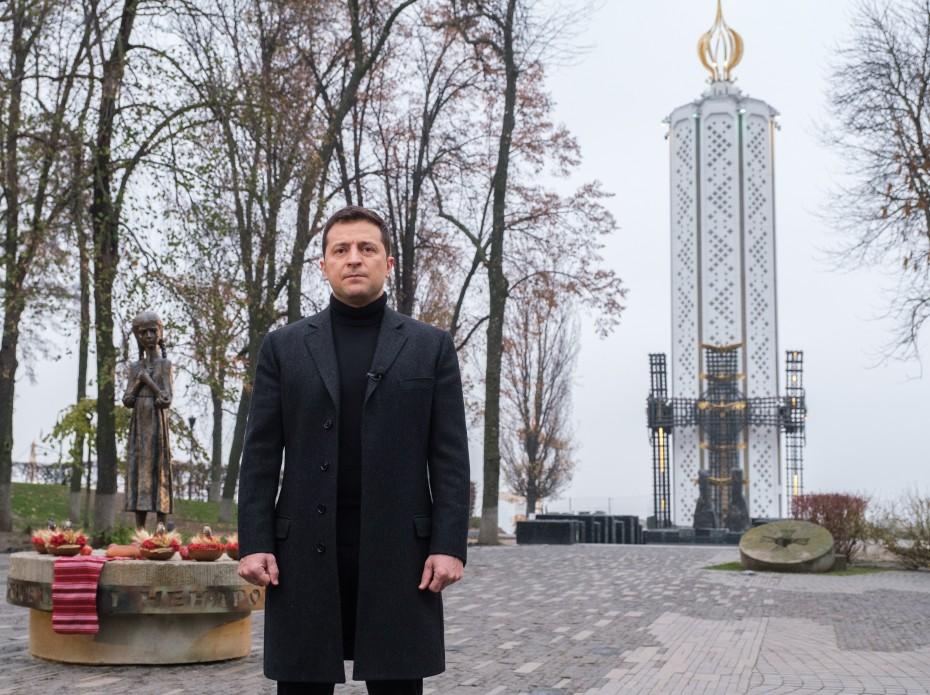 Ukrainian President Volodymyr Zelensky and his wife Olena Zelenska have honored memory of the victims of the 1932-1933 Holodomor in Ukraine.

Read alsoWorld's most famous exhibit on Holodomor on display in Kyiv (Photo)The presidential couple put compositions of wheat ears and viburnum to the Memorial Sign to the Victims of the Holodomor of 1932-33 in Ukraine on Mykhailivska Square in Kyiv, the press service of the President's Office said in a statement on November 28.

Following that, the President and the First Lady arrived at the National Museum of the Holodomor-Genocide in Kyiv, where they were met by Chief of the President's Office Andriy Yermak, Prime Minister Denys Shmyhal, Minister of Culture and Information Policy Oleksandr Tkachenko, and Head of the Ukrainian Institute of National Memory Anton Drobovych. 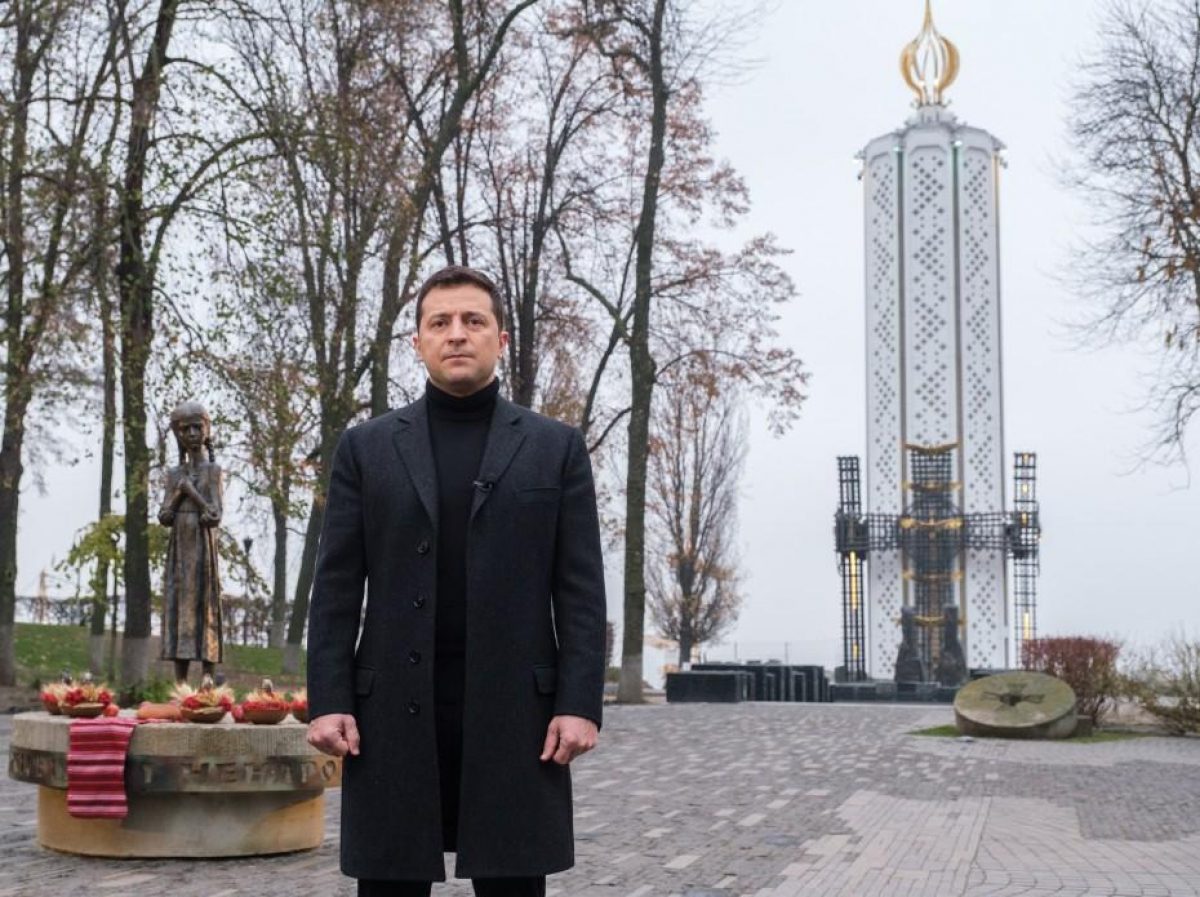 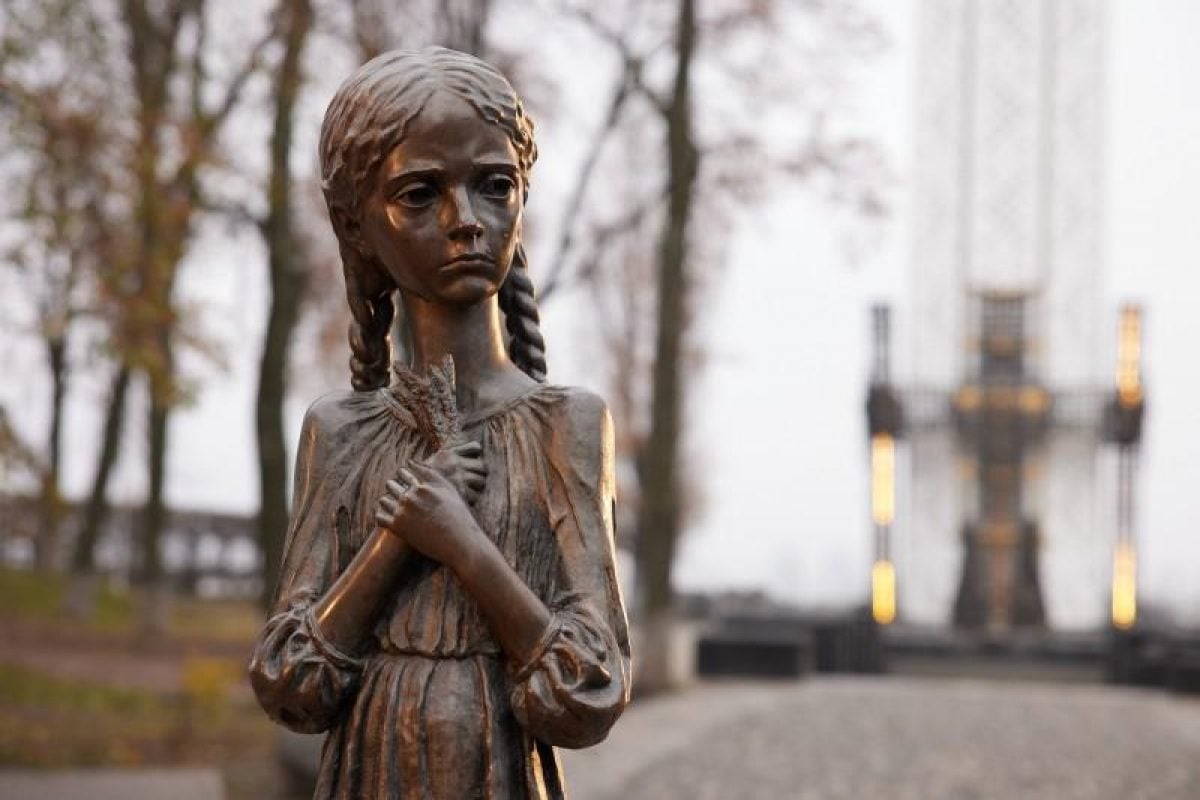 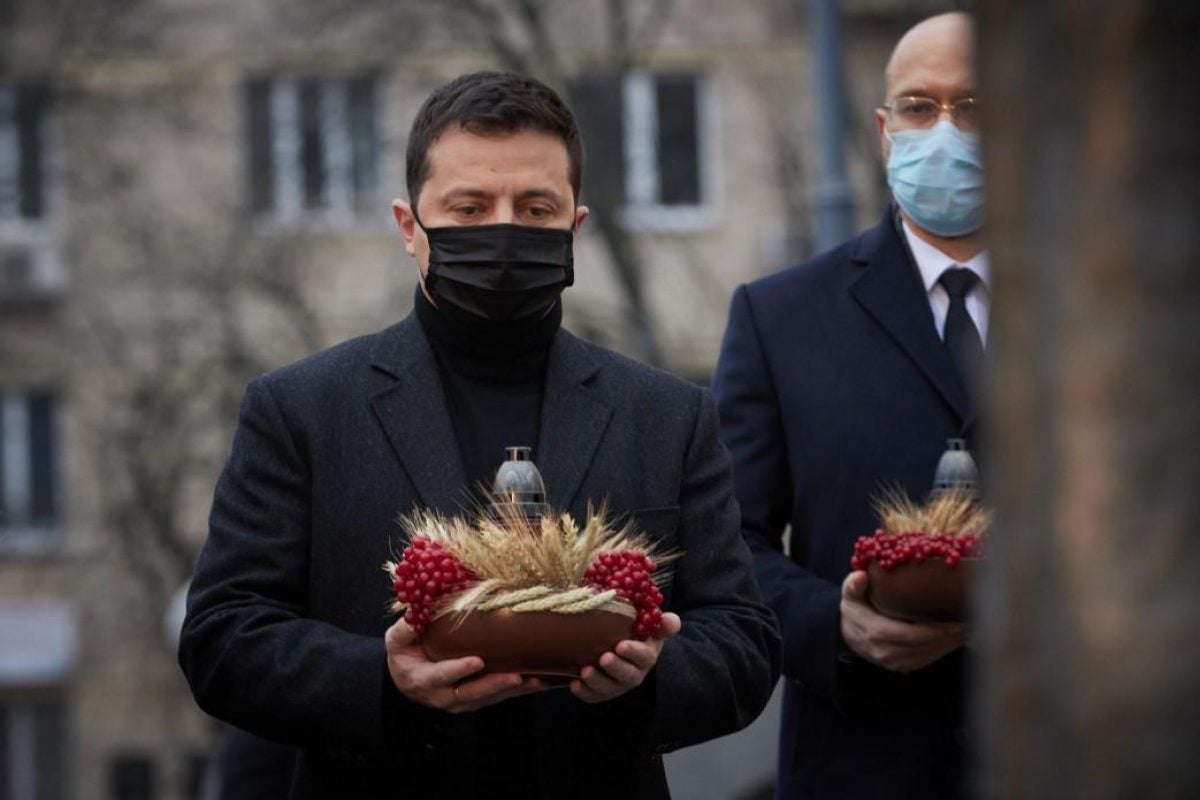 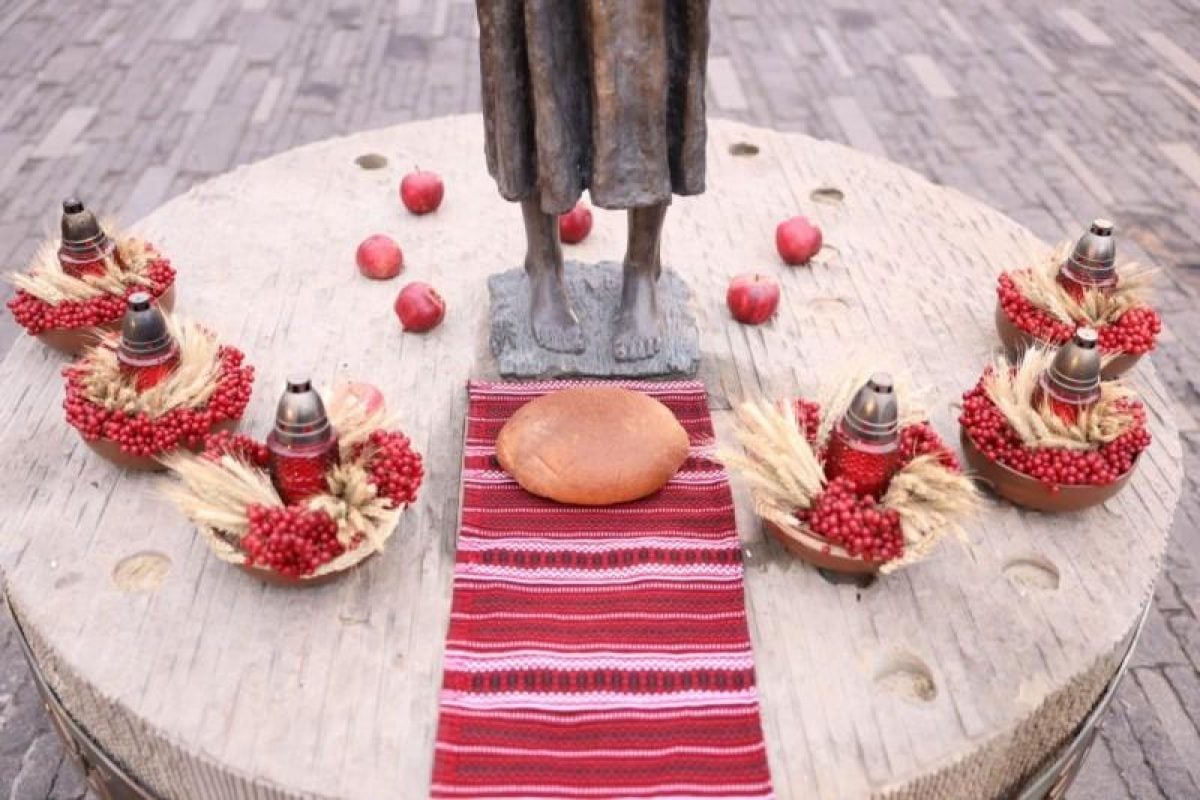 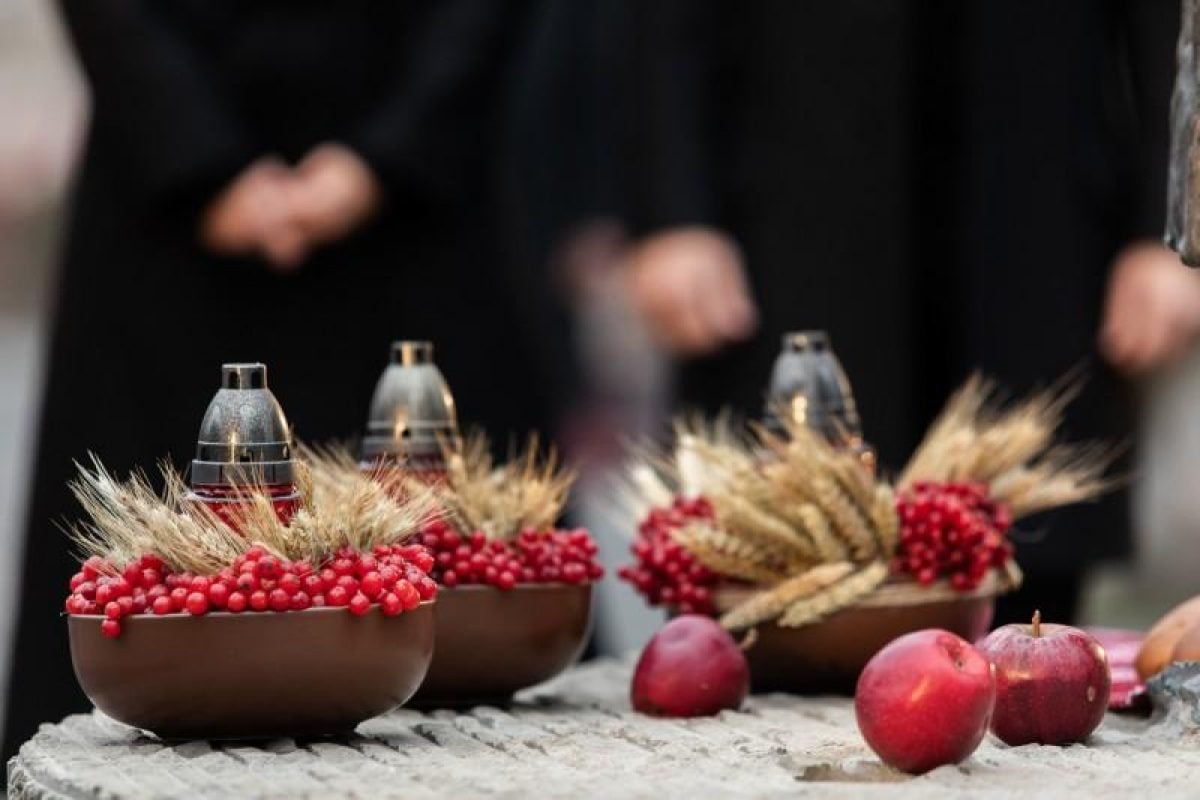 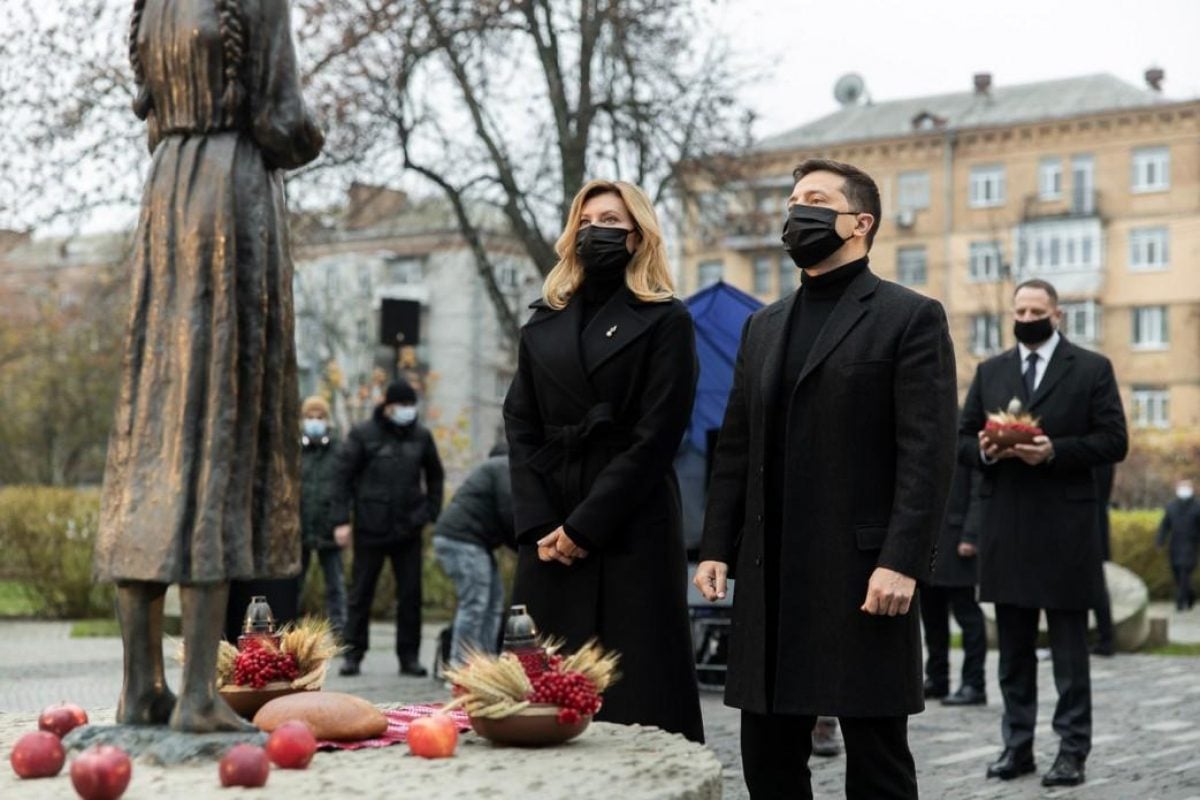 The ceremony participants marched in a mournful procession to the Bitter Memory of Childhood statue, at which they installed symbolic compositions with grain, and bowed to the victims. They also honored memory of the deceased with a moment of silence.