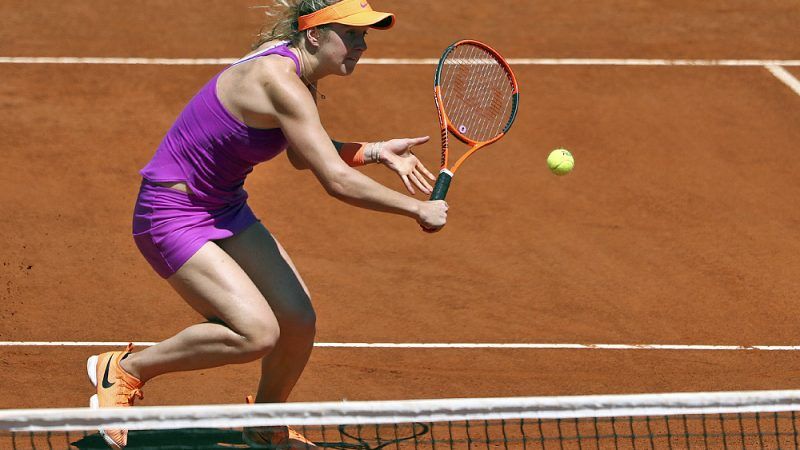 "In a compelling final which was full of twists and turns, it was Svitolina who was able to put a slow start behind her and get across the finish line first, eventually prevailing in two hours and seven minutes to win her fourth title of the year. Halep started strongly but as the match progressed she began to be hampered by an ankle injury which occurred in the opening set and was unable to maintain her level," internazionalibnlditalia.com said.

Read alsoWTA: Ukraine's tennis player Svitolina sails to third title of 2017 in IstanbulThe Ukrainian was off the pace early in the opening set, struggling to stay in the long baseline rallies and committing too many errors. She found herself 5-2 down before a timely chat with her coach, who encouraged her to step in and take control of the rallies, helped to focus her mind. She promptly recovered one of the breaks to close the gap to 5-4 although she was unable to prevent Halep from serving it out at the second time of asking, despite the Romanian having rolled her ankle towards the end of the set.

"The momentum stayed with Svitolina in the third set as she raced to a 5-0 lead as Halep's movement deteriorated and she struggled to make balls. Some serve and volleying in the sixth game helped the Romanian avoid a final set bagel but she couldn't stop Svitolina from serving out the match and claiming the title," the official website wrote.

If you see a spelling error on our site, select it and press Ctrl+Enter
Tags:News of UkraineSvitolinatennisItaly