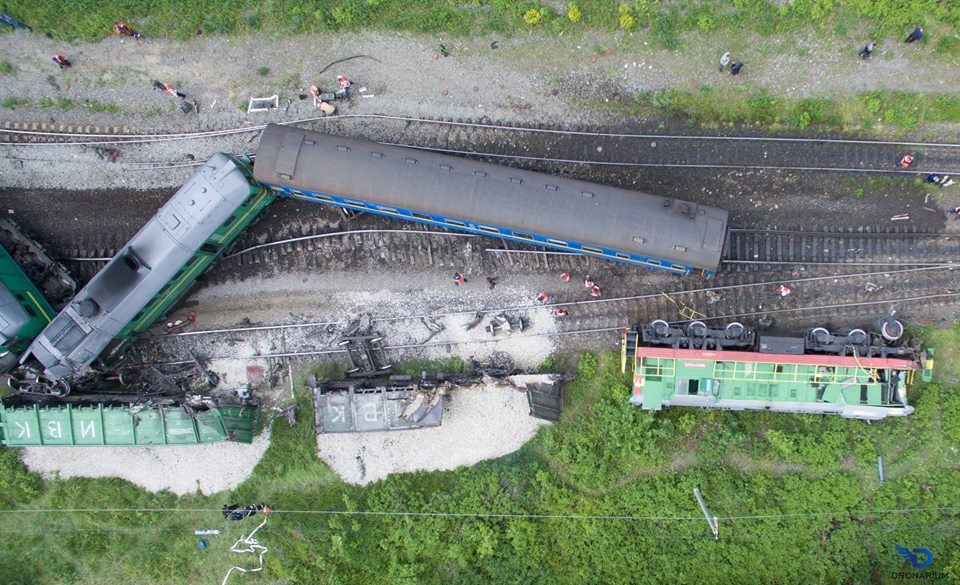 Six people are reported to have been injured in the collision, including three children.

The passenger carried a big group of children going for an excursion to Kamenets-Podilskyi. 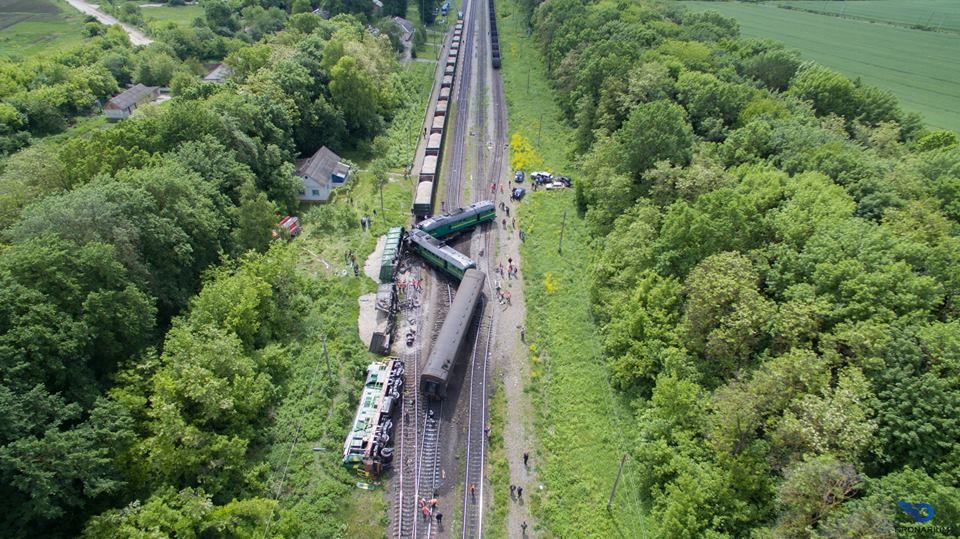 No life-threatening injuries have been reported.

Criminal proceedings were opened under Part 2 of Article 276 (violation of safety rules in transport operations) of the Criminal Code of Ukraine. 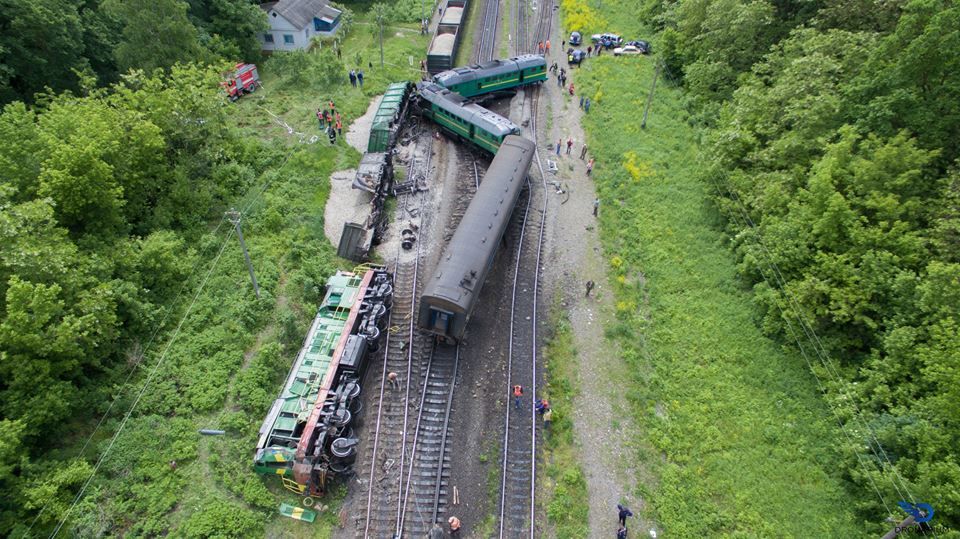 Bird’s eye view photos of a large-scale accident shot from drones were later published by Dronarium.

If you see a spelling error on our site, select it and press Ctrl+Enter
Tags:News of Ukraineaccidenttraincollision