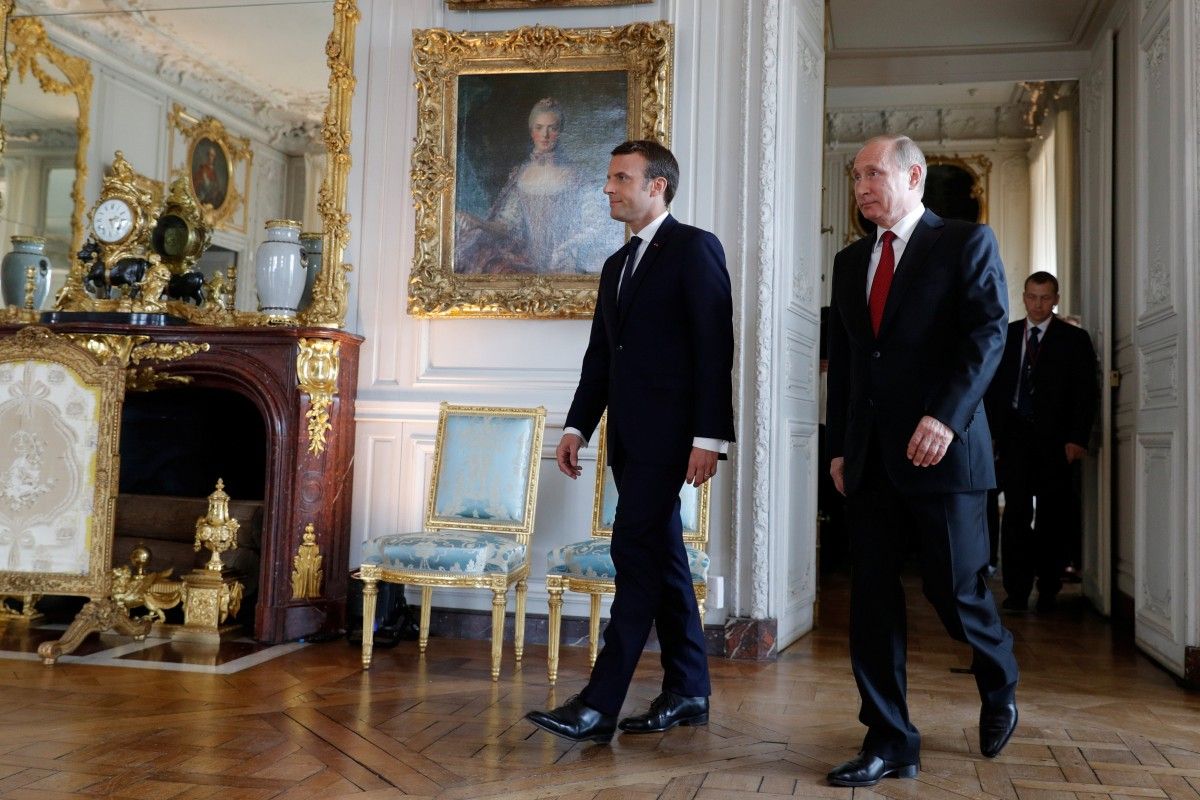 “My dear French friends, Russian president Putin tried to mislead you today - Anne de Kiev, Reine de France is from Kiev (contemporary name - Kyiv), not Moscow (Moscow did not even exist at that time),” Shymkiv wrote.

He noted that the famous Reims Gospel, which was used during coronations of French kings, originally was Anna's own book from the famous library of Yaroslav the Wise, her father, who was the Great Prince of Kyiv.

Commenting on the ratification by the Dutch Senate of the Ukraine-EU Association Agreement, President Poroshenko said that Ukraine was being reunited with Europe. "It is a reunion, because historically we were part of it ... By the way, since the times of the ancient Ukrainian Prince Yaroslav the Wise and his daughter Anna who was born in Kyiv and whom just yesterday Putin tried to 'kidnap' in the eyes of all Europe for the sake of Russian history," Poroshenko said.

As reported earlier, Russian President Vladimir Putin during his meeting with the newly-elected French leader Emmanuel Macron claimed that the daughter of Yaroslav the Wise was “Russian.”

Anna was born about 1024 and grew up in Kyiv. On 19 May 1051, Anna, the youngest daughter of Kyivan Rus Prince Yaroslav the Wise, ascended to the French throne as the wife of King Henry I Capet, according to EuromaidanPress.

Anna of Kyiv is commemorated each year on September 5 in the church she founded in the town of Senlis. All the subsequent French kings were descendants of Anna. On 27 September 2013, the Ukrainian Eparchy of St. Vladimir in Paris headed by Bishop Boris (Gudziak) purchased a church in Senlis with funds donated by Ukrainians from Ukraine, France, Britain, the United States, and Canada with the aim of transforming it into the current Ukrainian Greek Catholic Church where the Cultural Center of Anna Yaroslavna operates.

If you see a spelling error on our site, select it and press Ctrl+Enter
Tags:News of UkraineRussiaUkrainePutinFranceMacronShymkivhistory