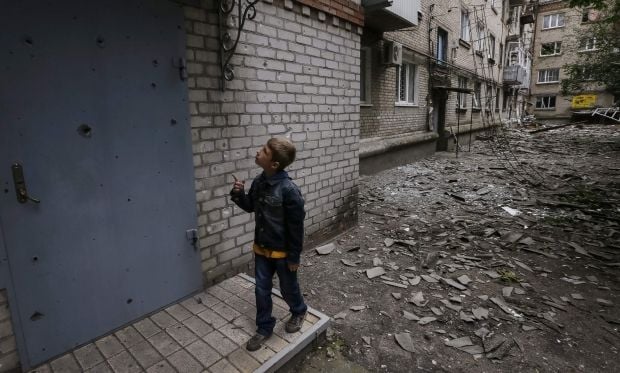 "Nearly three million people in eastern Ukraine rely on water infrastructure that is now in the line of fire," said Afshan Khan, UNICEF's Regional Director for Europe and Central Asia, noting that more families are expected to be cut off from safe drinking water, putting children at severe risk of disease and other dangers, according to UN News Centre.

About 400,000 people, including 104,000 children, had their drinking water cut off for four days this week after two filtration stations for the South Donbas Water pipeline were destroyed by shelling. Urgent repairs were completed yesterday evening.

Read alsoOSCE Chief Monitor Apakan calls on all sides to prevent environmental disaster in DonbasChildren cut off from clean drinking water can quickly contract water-borne diseases such as diarrhea. Girls and boys having to fetch water from alternative sources, or who are forced to leave their homes due to disruptions to safe water supplies, face dangers from ongoing fighting and other forms of abuse.

"All sides of the conflict must allow urgent repairs when water sources are destroyed and immediately stop the indiscriminate shelling of vital civilian infrastructure," said Ms. Khan.

UNICEF has provided access to safe drinking water to more than 1.5 million people in Government and non-Government-controlled areas of eastern Ukraine.

In 2017, UNICEF is appealing for $31.3 million to provide health and nutrition support, education, clean water, hygiene and sanitation as well as protection for children and families affected by the conflict in eastern Ukraine. The appeal has received about $9.9 million, still $21.4 million short of the target.