Loboda to represent Ukraine in Eurovision 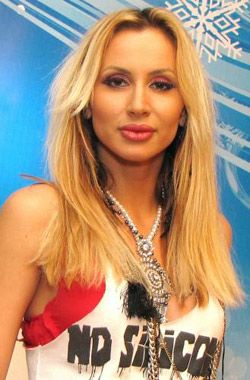 According to the First National Channel, the finale of National selection for ‘Eurovision – 2009” took place on March 8. The spectators and jury chose the best one among 15 finalists during live broadcast.

She got 14 points in interactive voting and she also received 14 points from jury. As a result she received 28 points.