"From January to May this year, 1,471 people from Russia were refused entry into Ukraine (1,728 people in January-May 2016), while 920 people were barred from leaving Ukraine (990 in January-May 2016)," Apostrophe reported quoting a letter from the border agency sent in response to the portal's official request. 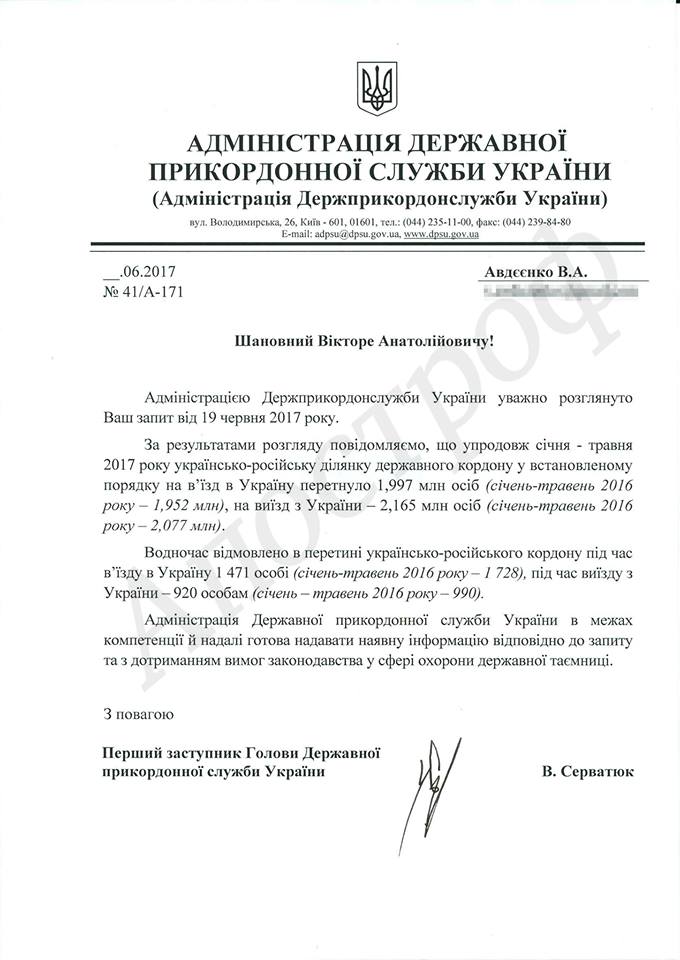