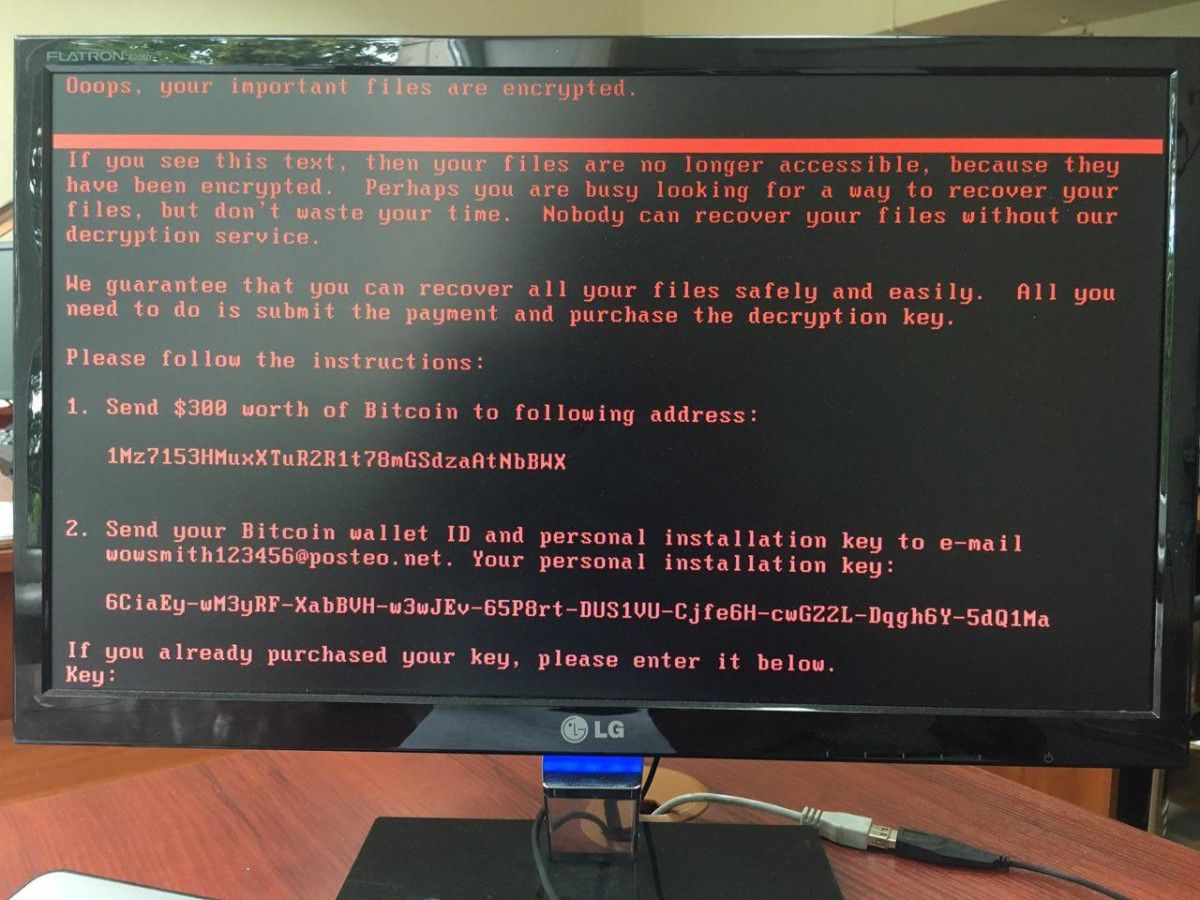 Kyivstar noted the company had shut down all computers until the end of the day.

The publication notes that the press service of Ukrtelecom has confirmed the fact of the attack, as well as that it is a virus-encryptor.

The largest Ukrainian express delivery company Nova Pochta has also been attacked by hackers, the company wrote on Facebook.

"Due to a massive attack of the Petya.A virus on our information systems, the offices and the contact center are temporarily unable to serve customers," the company said in a statement.

According to the media, Sberbank, Ukrsotsbank, Ukrgasbank, OTP Bank and PrivatBank have also been suffered from hacker attacks.

It is also reported the cyber attack hit the computer network of the Cabinet of Ministers of Ukraine, Kyiv Metro subway, Kyiv's Boryspil International Airport, etc.

At the same time, the National Bank of Ukraine has warned banks and other financial market participants about an external hacker attack on the websites of some Ukrainian banks, as well as commercial and public enterprises, which was carried out today.

"As a result of these cyber attacks, banks experience difficulty in servicing customers and performing banking operations," the NBU said.

All the financial market participants have taken steps to tighten security measures to counteract these hacker attacks. The NBU is confident that the banking infrastructure is securely protected from cyber attacks and any attempts to perform hacker attacks will be efficiently warded off.

It is also reported that the NBU closely monitors developments and inform market participants about the cyber security measures taken to protect the banking system.

If you see a spelling error on our site, select it and press Ctrl+Enter
Tags:News of UkraineUkraineattacksecurityhackercyberattack