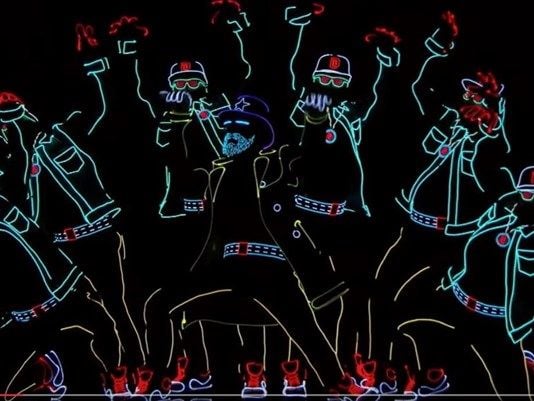 After winning high praise from the judges, the show's host, Tyra Banks, ran out from backstage to give the group her Golden Buzzer: an automatic pass to the live finals.

Light Balance may inspire a sense of deja vu in UK viewers, given that the group astounded audiences on the 2014 edition of Britain's Got Talent. Judge and America's Got Talent creator Simon Cowell did not seem any less impressed the second time around.