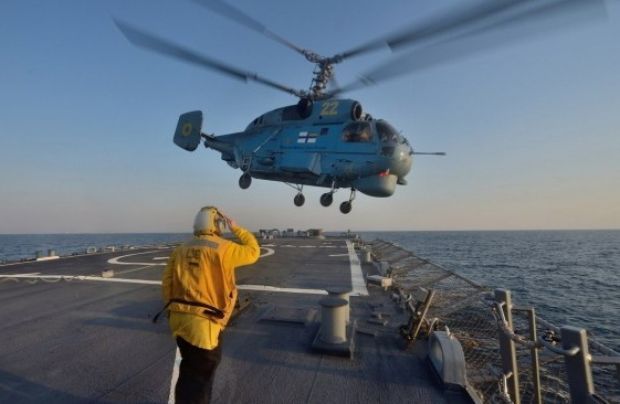 The massive military operation will see 800 American sailors and maritime forces from 16 countries drive in the Black Sea, according to The Express.

It’s thought that the military fleets want to send Russia a clear warning that any aggressions in the area would not be welcome.

Since the spring of 2014, that’s when Russia has illegally annexed Ukraine’s Crimean Peninsula, NATO warships, including U.S. missile cruisers, have been patrolling the Black Sea to prevent aggression from Russian warships.

Ukrainian officials said that Operation Sea Breeze is a chance for NATO to practice focusing on anti-submarine and anti-ship warfare, air defense, mine clearance, and hostage rescue.

As UNIAN reported earlier, the Ukrainian Defense Ministry said it would focus on exercising planning and fulfilling mission tasks in line with NATO standards.

If you see a spelling error on our site, select it and press Ctrl+Enter
Tags:News of UkraineCrimeaUkraineNATOUSARussianAggressionBlackSeaSeabreeze2017