Only 5.5% of Ukrainian citizens consider themselves "Russian" – survey 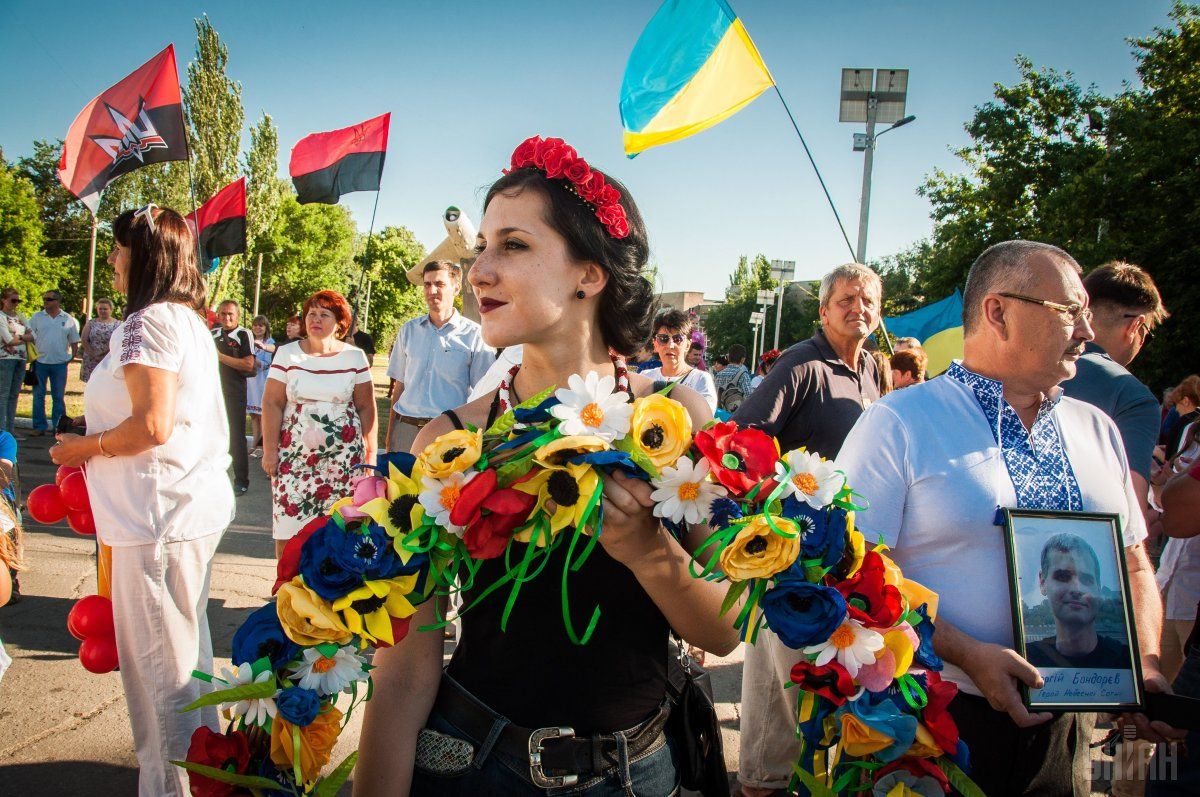 Nine out of ten respondents (92.6%) consider themselves Ukrainians, while every twentieth (5.5%) Russian, the report said.

The study also showed that the overwhelming majority of respondents (81.8%) identify themselves as citizens of their country, Ukraine.

Read alsoUkraine poll: Majority want Donbas to remain in UkraineSome 60.4% of Ukrainians said they mostly communicate in Ukrainian, while 37.8% in Russian, and 1.6% in other languages.

Sociologists note that the fact that the residents of the occupied territories, who have not participated in the study and most of whom are traditionally considered Russian speakers, could affect the final outcome of the survey on this indicator. People mostly communicate in Russian in the east of Ukraine (74.7%), while in the country's west Ukrainian language dominates absolutely (96.5%).

During the survey, the sociologists used two methods: focus-group discussions and personal interviews. In particular, six focus groups were held in April, in couples (with supporters and opponents of European integration) in Kyiv, Lviv, and Dnipro. Ukrainians aged 18 to 65 took part the discussions, while each of the groups consisted of an equal number of men and women.

Following focus group discussions, personal interviews were conducted in May-June in accordance with the respondents' places of residence. A total of 2,000 respondents aged 18 and over were surveyed in all regions (excluding the occupied territories of Crimea, the city of Sevastopol, and Donetsk and Luhansk regions). The field stage of the study was held from May 26 to June 6, 2017. Representative  margin does not exceed +/- 2.2%.

If you see a spelling error on our site, select it and press Ctrl+Enter
Tags:News of UkraineRussiaUkrainepolllanguagesurvey